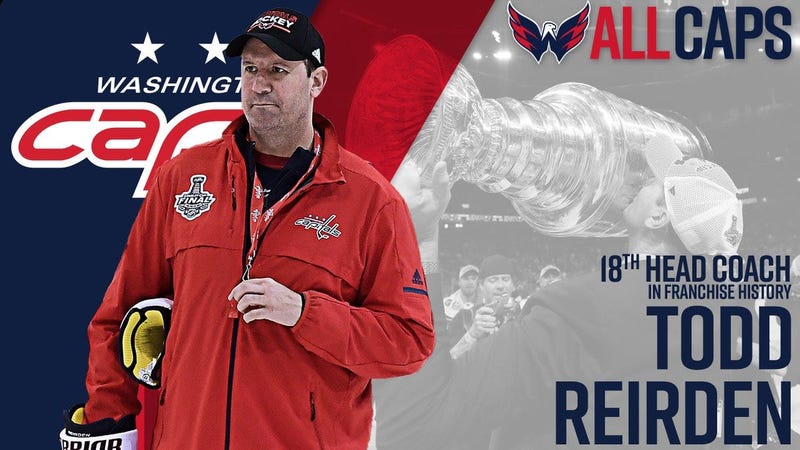 The Capitals announced Todd Reirden as the 18th head coach in franchise history on Friday.

"We feel that the time is right for Todd to lead our hockey club," said Caps GM Brian MacLellan. "Based on his coaching experience, communication abilities, his approach to the game and the respect he commands in our locker room, we feel that Todd has earned this opportunity. Todd has played an integral part in helping lead our team to the Stanley Cup championship and we feel his appointment as head coach will enable our organization to transition seamlessly into next season and beyond."

Prior to joining the Capitals, Reirden spent four seasons as an assistant coach with the Pittsburgh Penguins, winning the Stanley Cup in 2009. He joined the Penguins organization in 2008 as an assistant for AHL affiliate Wilkes-Barre/Scranton, serving first as an assistant. He was promoted to head coach of the affiliate following Dan Bylsma's promotion to Pittsburgh midway through the 2008-09 season. Reirden led the affiliate to a 55-43-8 record.

Reirden began his coaching career as an assistant for one season with his alma mater, the Bowling Green Falcons.