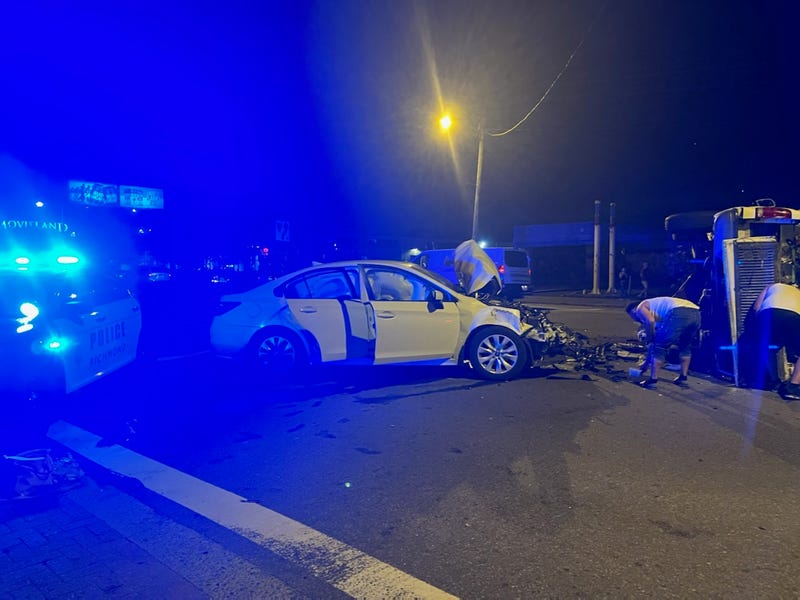 Authorities arrive on the scene after a collision near Arthur Ashe Boulevard in Richmond. Photo credit Adam Epstein

910 the Fan host Adam Epstein and some friends found themselves in an interesting situation Thursday (Sept. 1) night as they turned off Arthur Ashe Boulevard on their way back from River City Roll.

A collision between two vehicles close to the Boulevard left one on its side and the other with its hood and bumper ripped apart, and the group rushed over and did what they could to help those involved in the accident. 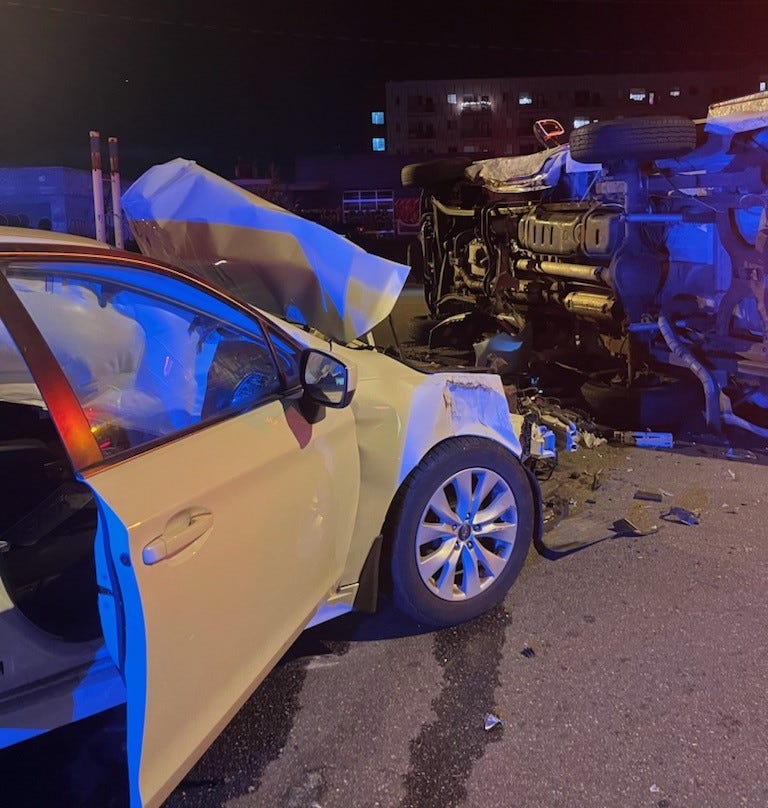 The crashed car and truck near the Boulevard on Thursday, Sept. 1. Photo credit Adam Epstein 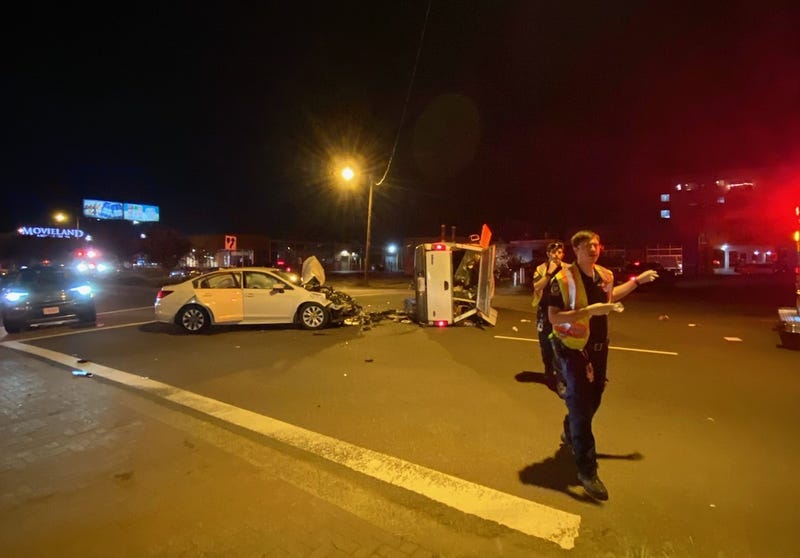 The aftermath of the car-truck collision on the Boulevard in Richmond, VA. Photo credit Adam Epstein

AWadd's buddy Arya called in to give his account as well.

"I run over and I just throw all my weight down, just holding this door open [...] pull the airbags aside and this little girl pops out," he said. "She couldn't be, what? 19 years old, 120 pounds? It was crazy. Then I pop on the top of the F-150 or whatever the the white truck was, I couldn't even tell so smashed up at that point. And yeah, three people start climbing out of the car."

"So I'm seeing Arya, literally, dude, he jumped on this truck," Epstein added. "This truck is sideways, and he lifts up from the top of it [the] door, vertically, and it's almost like a scene out of a movie [...] We're trying to hurry, get people out because there's gas leaking everywhere.

"It just felt like, man, we were superheroes last night."

"Yeah, I felt like Thor walking away," he said. "I was like, 'if this is what it's like to be a firefighter, I wish I was a firefighter.' I mean, those guys, they must break their hands every night from all the high-fives they get. It's just so amazing."

No injuries as a result of the accident were reported as of this writing. Check out the full story in the audio clip below.