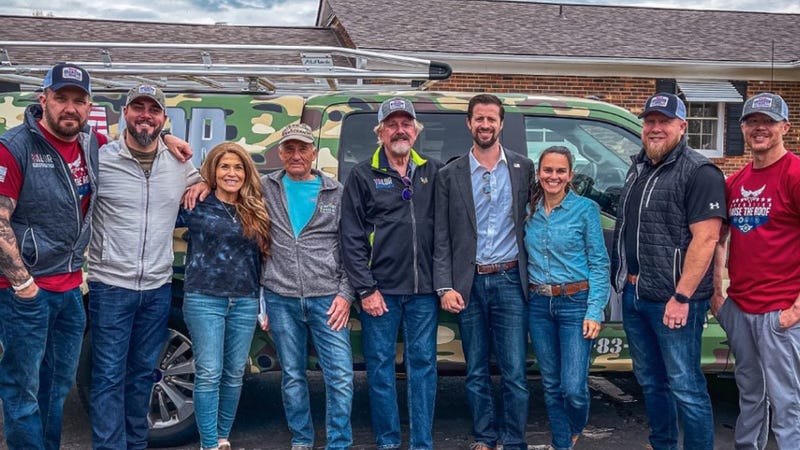 As a part of the Valor Home, Operation: Raise the Roof Program, we will be honoring, CPL Turner, for his dedication and service to our country during WWII. Operation: Raise the Roof will provide a new roof to
Mr. Turner on this day. Valor Home will have several partners and VIP's in attendance for this event. We anticipate a day full of
fun-filled events celebrating Mr. Turner and what he accomplished in service of his country.

CPL Charles Turner joined the United States Army and enlisted shortly before his 21st Birthday. CPL Turner went through some of the most difficult battles that are renown throughout the annals of our countries history. WWII was not only the war to end all wars, but it was a war that didn't end when these brave men and women came home. "I understand from my time in Vietnam, the burden that comes home with you from war," stated Al Kincaid "When we met CPL Turner you could see the strength of character he possessed. His grip was resolute, and steady to be certain. I was inspired by his ability to reflect with us and every moment was palpable as he explained his experience(s)." -Al Kincaid, Founder of Valor Home

After the war, CPL Turner still dreams of the faces of the friends he lost. He is 99 years old now and he continues to share stories about the war with his friends and family. "I realize that it has impacted every single aspect of his life," explained his granddaughter, Miss Angela Perkins "I know he has tried his best to hide his anxiety, depression and PTS. He's not been coping well at all."

CPL Turner, is humble and still is as sharp as he has ever been, according to friends and family. He lives in a modest home he purchased in 1964. He raised his three children in this small home, that is a little under 700 square feet. CPL Turner lost his wife of 70 years in 2017 and this roof will ensure the foundation of love that is contained within.

With hundreds of applications to choose from, Valor Home selects four veterans a year, one per quarter, to receive a new roof. In less than three years, the program has donated 19 roofs, a value of $275,000. Through our
partnerships with Operation Second Chance, Patriot Wood, ABC Supply, Proper Patriot, Mission BBQ, and our radio/television partners, we are able to make these events transformational and memorable. Your participation is crucial to the ongoing success of these events, and we humbly thank you.