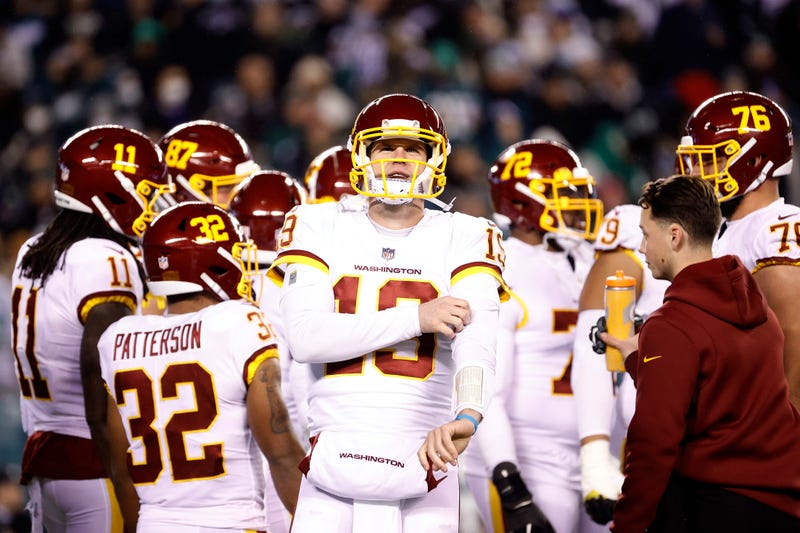 If you missed the Commanders' proposed replacements for a team fight song, Adam Epstein gave his take on it late last month.

And, with the vote still up, check out what he said if you're on the fence about your pick - or even if you want to vote on it at all. It didn't help that the song's lyrics consisted of the original fight song's stanzas, but with mildly altered phrasing. "Fight for our Commanders" and "leaders on a mission" replace the second "Hail to the Redskins" in the song, though the entire second verse remains untouched.

AWadd: "They changed [lyric 'sons of Washington'] to 'all of Washington.' That's among one of the thousand mistakes [with the] new options.

"[...] You're only voting on the lyrics that are between the Option A and Option B. You're not actually voting on lyrics, like they said. This is another thing they do: they lie to us. They are liars and cheaters and thieves, and everything they do in Ashburn is terrible. But what kind of BS is this?"

Epstein closed out the segment by declaring:

Check out the above "Best Of" segment for more of his take on the song options. Fans can vote, if they so wish, at https://www.commanders.com/fans/fight-song, and can hear AWadd every weekday from 12-3pm on 910AM, 105.1FM or on the Audacy app.