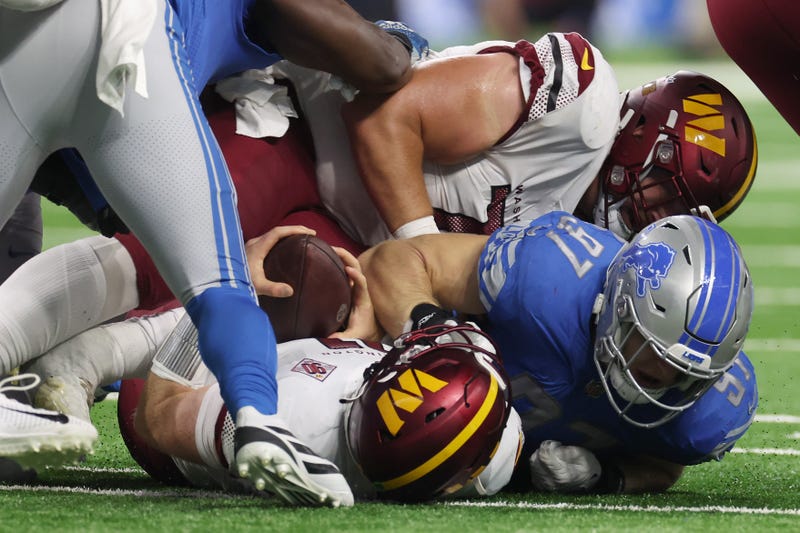 Down 29-15 to the Detroit Lions in the third quarter in Week 2 of the 2022-23 NFL season, the Commanders forged a drive that stretched into the fourth quarter and ended with an Antonio Gibson touchdown run.

The score put Washington within eight of the Lions, meaning an extra point would put them one touchdown and one extra point away from tying the game. Yet the Commanders decided to go for two, the attempt failing and putting Washington down a touchdown and two-point conversion.

On Monday, Adam Epstein tore into the team for the decision.

This was a dig at Rivera in particular, who cited the "math" after the game:

"It's in the math," Rivera said. "You guys should appreciate the analytics.

"We should appreciate the analytics?" Epstein asked. "What kind of answer was that?

"Since when does NFL come down to analytics?" he added, "and not whose offensive line is bigger and stronger? That's what it's always come down to. Analytics. Are you kidding me? I don't care if the analytics were shown to me right now by the President of the United States. I'm telling you, that's BS!"

Listen to his full rant below.