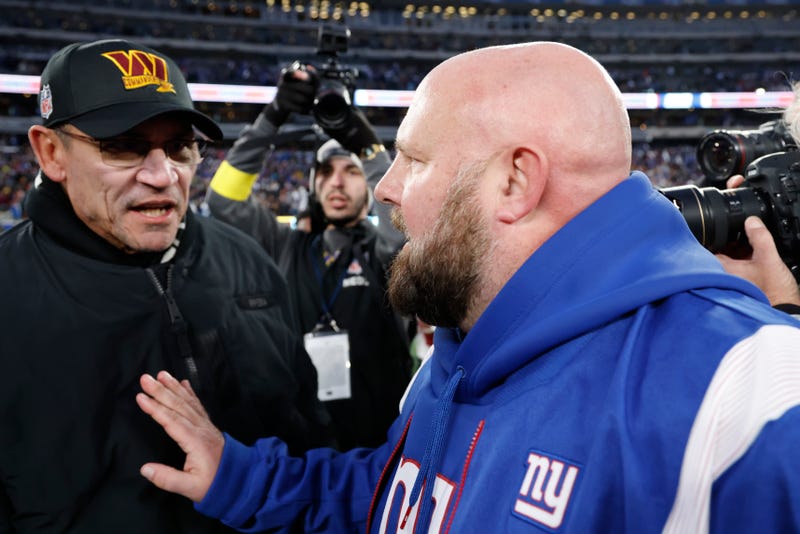 Not a Victory Monday nor a Misery Monday - the day after your team played to a tie is weird, right? Sunday's (Dec. 4) Commanders-Giants Week 13 matchup that ended 20-20 was no exception, and Adam Epstein had some thoughts on the Fan on Monday.

Despite the deadlock, he still had some takeaways from the game heading into Washington's bye week.

"Number one? Turnovers, man, turnovers," he said. "You ask me why Washington has played so much better in the second half of the season? First four or five games, they couldn't cause any turnovers. The last six games, we were causing them left and right -- and really, for the most part, we were being good with the ball.

"Carson Wentz had a lot of interceptions. Taylor Heinicke, he had a couple, but he wasn't fumbling. He fumbled in this game and it cost Washington some great momentum in the first half there. Instead they go into the locker room down 20 to 13."

Running back Brian Robinson Jr. got the spotlight next.

"He's our future," Epstein said, "but he's also our present. I don't care about Antonio Gibson anymore. I think you have to feed Robinson Jr. 20+ times a game."

Epstein praised the wide receiver trio of Terry McLaurin, Curtis Samuel and Jahan Dotson, two of whom scored touchdowns against the Giants, as well as the defensive line stepping up -- with the caveat that more help is needed at linebacker.

Praise for Joey Slye at kicker, despite his missed field goal, followed, plus some commentary on the tie:

"Why? Because Taylor Heinicke [in the] shotgun, gets sacked at the five-yard line, nearly ends up fumbling in the end zone. [...] It's situational awareness from Ron Rivera there -- it was like, 'what are you doing?' You run the football, you run the clock out. If you get a first down, then maybe you go for the win, But at that position in the game, I thought it was idiotic to have your quarterback who's already fumbled and not been great this game step back and shotgun inside of his own five."

He also critiqued cornerback play and then previewed the Giants' visit to FedEx Field in two weeks, which was flexed to Sunday Night Football.

You can listen to more of the segment below.