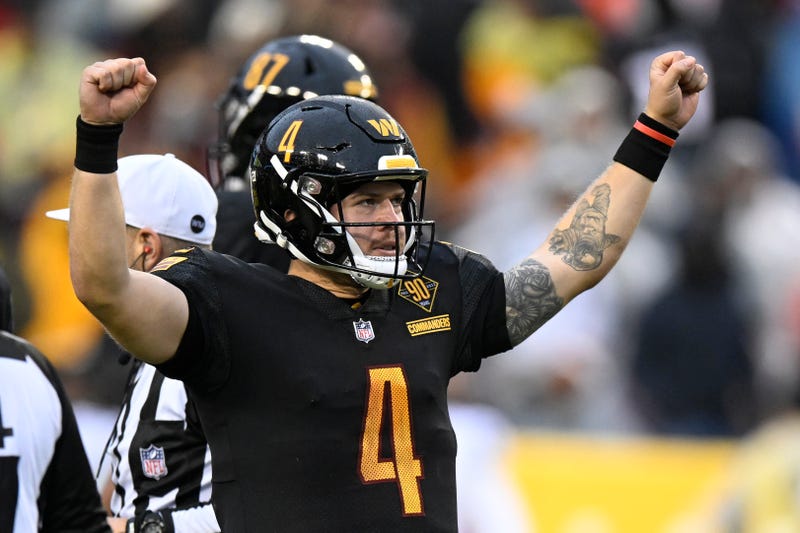 Somehow, even a bye week ended up a success for the Washington Commanders.

In the playoff hunt but not locked in, Washington needed to see both the New York Giants and Seattle Seahawks lose to boost their postseason hopes. Both of those things happened, and things get even tighter in the NFC playoff picture.

Adam Epstein gave his 10 takeaways from the kind-of-victory bye week in Week 14.

He also observed the NFC East competition, especially with the Dallas Cowboys nearly losing to the Houston Texans.

"Dallas is not as good as the record indicates," he said. "I watched that whole game against the Texans. Dak Prescott is average -- they needed him most in the final drive there. He went 98 yards for a touchdown, and I give him a lot of credit, but Houston defensively made a bunch of mistakes ... left guys open. Zeke Elliott is average. Tony Pollard is the elite player. He's the best player on the Dallas Cowboys. That's the guy that can burn you.

He also previewed a tough matchup with the San Francisco 49ers, discussed Seattle's tough loss to the Panthers and how it impacted the playoffs and who he'd rather see the Commanders play in the postseason.

"I want Washington to face Minnesota or Tampa Bay in the playoffs," he said. "Minnesota is the two seed, which means we would finish with the seventh seed in the wild card standings. [...] I think those are the two most winnable games if they are the opponents in the playoffs.

Epstein talked about the potential for Chase Young to make an impact upon returning, as well as the importance of a run game against the Giants this weekend and Heinicke being clutch.

"Ninth takeaway: there's a chance this season comes down to Ron Rivera's decision making," he said, "whether it's a two-point conversion late in the game, whether it's going for it on fourth down. If you're around the 50-yard line to go win a game, I need Ron Rivera to change what he's been doing this season."

Listen to more of the segment below.