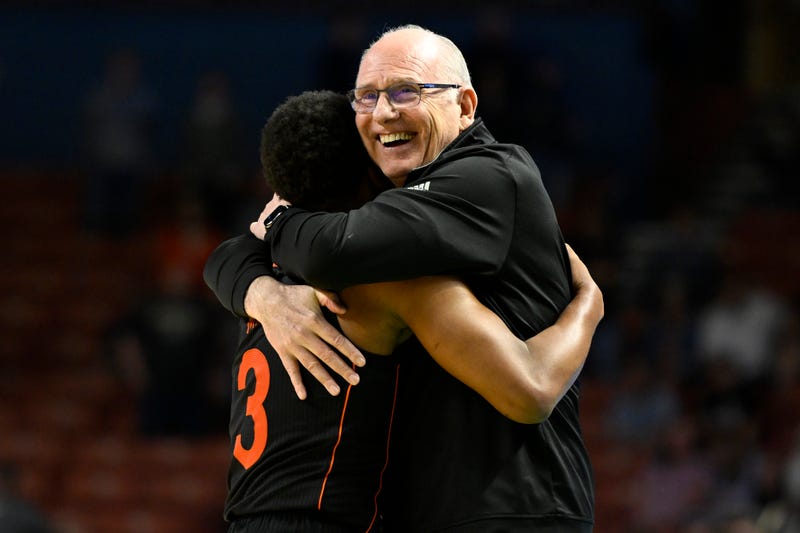 Larranaga stated on 910 the Fan's midday show that he wanted to see an expansion of the NCAA tournament to 96 teams, and then Rothstein tweeted the next morning his hope that the NCAA retains the normal 64-team format.

"I think the more teams we involve the better," Larranaga told Epstein. "I think players who go through their college careers and don't play in the NCAA tournament are really missing a lifetime experience that I didn't get to experience.

"In my senior year of college," Larranaga added, "my team was in the top 20. Back then, only 24 teams went -- we played Villanova at Villanova. It was a one-point game and we lost the game by one point; Villanova not only went to the NCAA tournament, but they went to the championship game and lost to UCLA. My team went to the NIT and lost to Carolina in the quarterfinals. I think about that day, when Ernie DiGregorio was shooting a free throw for the win and missed. He's a 90% free throw shooter, he missed the free throw, and Villanova made the shot to win the game and I never got a chance to play in the NCAA Tournament. There's just too many terrific college players at so many small schools that don't get even the chance to play in the NCAA, because only one team from their league goes. So I'd like to see the tournament expand to 96 [teams]. I think it would work great."

Check out more of Larranaga's comments at the 28:20 mark in the audio below, plus Rothstein's tweet below that.

To Whom It May Concern:

DO NOT expand the NCAA Tournament under ANY circumstances.

DO NOT "look at" expanding the NCAA Tournament under ANY circumstances.

It's been a divisive topic over the past several seasons - you can tweet us your thoughts on @910theFan. Either way, this upcoming season feels like a year in which VCU needs to make it back to the tournament.