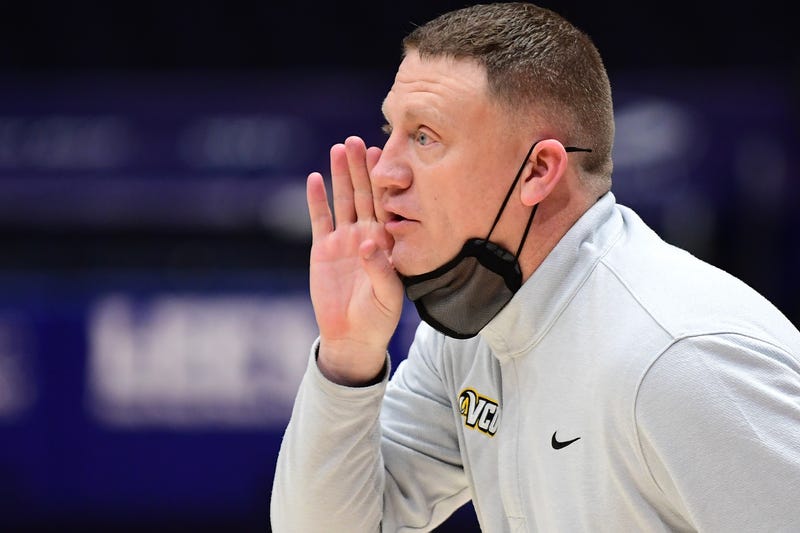 Over the span of two days, Adam Epstein chatted with both the station's own Gary Hess about area high school football and VCU men's basketball coach Mike Rhoades ... and there was an intriguing connection between the two interviews.

"Mills Godwin pulled off a big upset, defeating Hermitage 21-20, and you said Logan Rhodes was one of the stars in that game. I'm thinking Kerry Rhodes, Xavier Rhodes, isn't a former NFL player [named that] and yet no. VCU's own coach Mike Rhodes -- [it's] his son Logan Rhodes."

"We got a chance to see Logan earlier this year when we did the Freeman game," Gary said. "They lost [...] but Logan had a fumble return for a touchdown, caught six passes as the slot receiver, made tackles, had an impact in special teams [and] he blocked a punt, so that's an impact in all three phases of the game."

Rhoades was the player of the game that evening. You can hear more from Gary's chat with Adam above.

Rhoades was one of the nominees for this week's Richmond Times-Dispatch Player of the Week.

Epstein then talked with Rhoades in a phone interview Thursday (Oct. 27), in the debut of the VCU-centric "Inside the Ram Horns" segment.

"[Gary] mentioned a kid -- Logan Rhodes," Epstein said. "Have you heard of him? This young athlete?"

Rhoades then talked about his son's journey to -- or, rather, back to -- playing quarterback.

"About two weeks ago, they moved him to quarterback," Rhoades said. "He was quarterback -- when we moved to Houston, he started playing quarterback in Texas the three years we were there. [...] [He] moved to wide receiver and outside linebacker. Logan's just a really good athlete and he's very, very competitive and he's physical, so that helps him. He loves playing for Coach PJ Adams at Godwin -- he would run through a wall for that guy.

"[...] Coach is building a great program out there at Mills Godwin. Logan is having fun with his teammates, he's a high school senior loving playing high school football and they're doing really well. Really proud of their team and proud of Logan."

Check out more from the interview below.