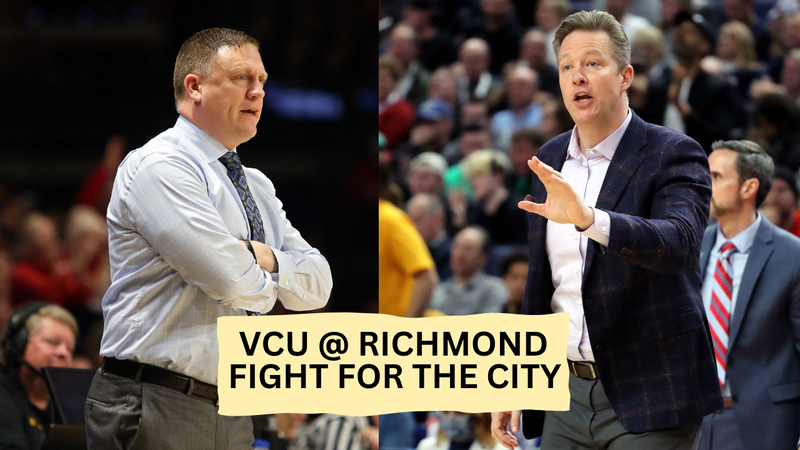 The Capital City Classic rivalry between VCU and Richmond will be renewed Friday (Jan. 20) night at the Robins Center, as the Rams visit the Spiders for the first of two meetings in their annual home-and-home series.

It marks the 90th overall meeting between the crosstown foes, a series VCU currently leads 57-32 since they first met in January 1976. The Black and Gold swept the two regular-season faceoffs last year, but Richmond won 75-74 in the A-10 Tournament to knock the Rams out of contention.

"It's a big one," Spiders forward Tyler Burton told Adam Epstein on the Fan on Thursday (Jan. 19). "The VCU game's always a bigger one, we see them out [in] downtown anytime and it's good to have that pride on your sleeve, knowing that you won the game and the city this year. So I'm looking forward to it -- it's going to be a good one, it's going to be nice and loud and jam-packed."

VCU color commentator Rodney Ashby looked at it a similar way from the other side of the court.

"I think that when you have this rivalry, both teams are playing well, Richmond is 9-1 at home this year," he said. "[...] It is going to be a raucous atmosphere. It's hard for VCU guys to get tickets to the Robins Center, so I think it will be like a home game for Richmond, and I think that since both teams are playing well and at the top of the league it's going to be rowdy."

Check out other VCU content on the Black and Gold Fan Podcast, with new episodes every week.