Orchard Park, N.Y. (WBEN/WGR 550) - It is expected to be close to a packed house at Highmark Stadium on Friday, as the Buffalo Buffalo return to Orchard Park for a special "Return of the Blue and Red" practice for fans.

According to Chris Horvatits from WIVB-TV, the Bills gave out a total of 70,000 tickets for Friday's practice. Highmark Stadium has a full capacity listed at 71,608. If you do not have a ticket in hand when heading to the gates, you will not be allowed entrance.

The Bills gave out 70,000 tickets for this evening's 'Return of the Blue and Red' practice at Highmark Stadium. So if you're going, expect gameday-like traffic! https://t.co/b8Cj7URgPH

In years past, the annual practice held at the stadium has seen the lower bowl filled with the upper deck usually left empty. However, this year's event sold out fast, which is partly due to the fans' heightened expectations for the 2022 season.

This year's practice is set to get underway at 5:30 p.m. ET for fans in Orchard Park, but recommendations are in place to plan as if you are attending a regular season game.

"Make sure you're there, make sure you're ready to get in and budget some time. You don't want to miss it," Capaccio said. "It's not a three-hour game, they'll be on the field for, like, an hour-and-a-half, basically, for practice."

Parking at the stadium will open for fans starting at 3 p.m. ET, while gates will open at Highmark Stadium at 4 p.m. ET.

The Erie County Sheriff's Office reminds folks that the portion of Abbott Road in front of the stadium will be closing to traffic at 2 p.m. ET.

Friday's practice will be the first of four upcoming events at Highmark Stadium over the next eight days. In addition to the "Return of the Blue and Red" practice, a pair of concert events will be held on Wednesday (Def Leppard/Mötley Crüe/Poison/Joan Jett and the Blackhearts) and Thursday (Metallica), followed by the Bills' first preseason game on Saturday, Aug. 13 against the Indianapolis Colts. 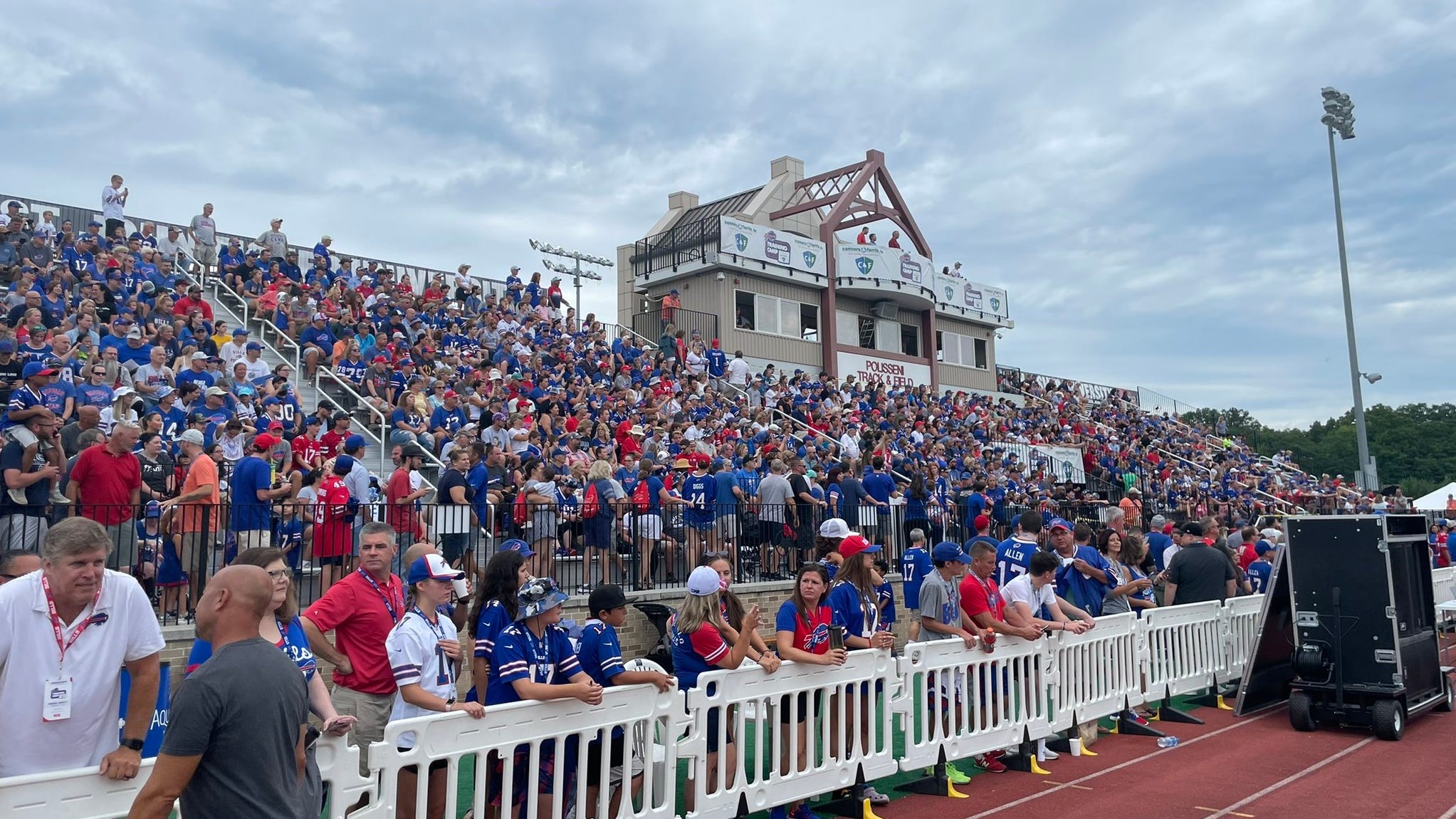