Watch The Sports Bar Live on VIDEO from 3pm-6pm! 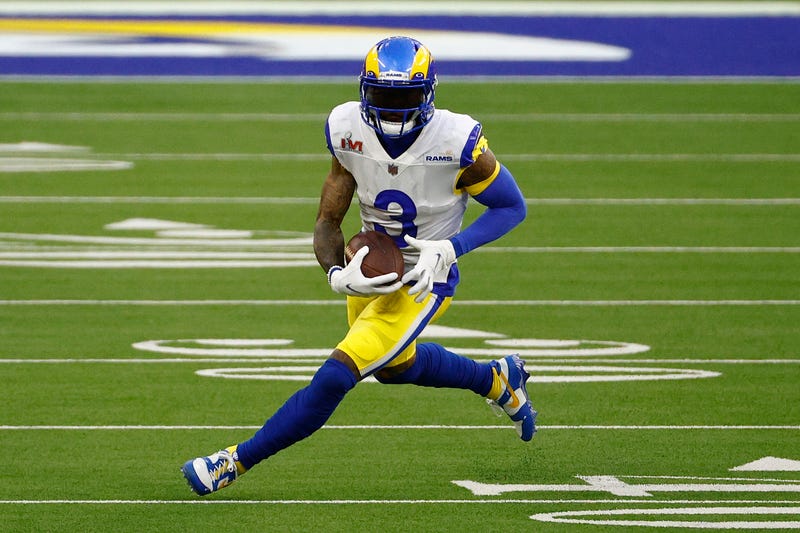 Buffalo, N.Y. (WGR 550) - I put the call out Wednesday night after our show to hit me up on the old Twitter machine and so here we are. It's mail bag time:

Mail/Tweet Bag time @WGR550 and https://t.co/sHF4R6bwVC. Hit me up here w questions, any topic you like, and I’ll pick 10 out to answer and post it in the morning.

Would you rather the Bills go after OBJ, or another quality corner/safety?

I sort of settled into a go get Odell Beckham Jr. posture last season before he ended up in Los Angeles, so I’d say that’s still an idea I’d like to see come to fruition. That’s assuming we’re just talking about a short-term deal for the rest of this season.

I’m not sure the Buffalo Bills are in a position to be doing anything more than a "prove you’re healthy, then cash in later"-type deal with a receiver.

This is a very difficult thing to pin down.

Vibes outweigh virtuosity for me. My choice here is not, by any means, the "greatest" guitar solo, but it is my favorite moment of any guitar solo.

The very end of the Keith Richards solo on "Sympathy For The Devil", when he’s hit that last little flourish, he nails one last note that is so good. If a guitar had face and you were to punch your guitar in its face, that note is what it would sound like.

is D. Watson shown enough as a QB to remotely justify this risk? set aside the moral issues - are we sure definitely that good?

I also hope he never wins another game.

Regarding the Sabres, I think it’ll be another horrendous season ahead. Not making the playoffs can’t be a feel good thing like the team and many media folks try to tell us. Do you think they’ll be terrible?

I would honestly be surprised if the Buffalo Sabres were terrible this season. There is some real talent there, and I believe more coming soon.

I’d expect they’re able to build on how they finished last season. What that ends up amounting to is a tougher question.

The top of the Atlantic Division is tough, though the Boston Bruins could be vulnerable. The Ottawa Senators and Detroit Red Wings look, to me, like they’ll be better, and I still really like some of the Montreal Canadiens' young talent.

So making the playoffs this year, to me, would be a long shot. But I think they’re on the right track.

We are seeing Lucinda Williams this weekend. Got a favorite song she has wrote or sung?

I love "Car Wheels On A Gravel Road", so anything off that record.

We saw here at Town Ballroom quite a few years ago now, and they closed with a cover of "For What It’s Worth". It was unforgettable.

Can we do a Bird Draft?

Myself, I feel almost no reason to draft birds. Just not a lot of elite depth, and once you hit the drop off it’s a massive plateau of mediocrity at best.

Eagle is so far-and-away the obvious top pick. Frankly, I think Eagle goes very high in an animal draft, let alone a bird draft. Think about it, you get to soar around, razor sharp talons, you’re a boss.

Provided you don’t get stupid and let a bear eat you, you’re living the life. Eagles rule.

I'm sticking with today's sad event. The passing of Vin Scully. Wondering (roughly) your first recollection of him and how special he was. Thanks Chris!

I wish I could tell you I remember hearing him call No. 715, but I can’t be sure. I remember getting switched into the game from another game, or maybe even another show, and I don’t know if I heard Scully, Curt Gowdy, or Milo Hamilton that night. I’ve come to really love Scully’s call of Hank Aaron breaking Babe Ruth’s home run record, though.

Anyways, I’d say I first really came to know him on the NBC Saturday games with Joe Garagiola. When I first got a satellite dish, I would stay up just to hear him call Los Angeles Dodgers games.

God forbid something happens to QB1...how much confidence should we have in Case Keenum to be serviceable?

Bring an empty nester Dad this fall I’m fighting all the emotion…so…what’s a favorite Dad moment with your kids that you’re cool with sharing. Could be an event, or just a moment that sticks with you.

Is it a cop out if I just post a picture of me and my dudes watching Wilco a couple of months ago? I sure hope not. 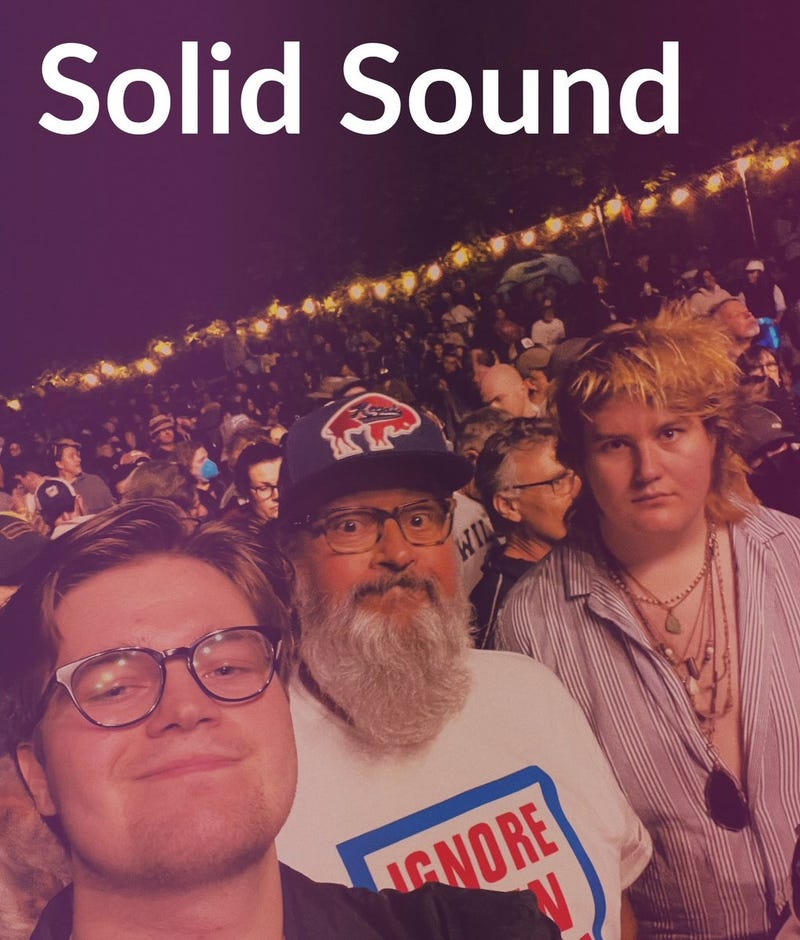 I just hung up the electric and bought a Taylor 314ce. Other than Wonderwall, what acoustic songs should I be learning? (I’ve been playing for 20 years, with average skill level. )

Depends on what you’re trying to get done. When I knew we’d be playing around campfires, I learned a couple of Eagles songs that are pretty easy to play and lots of people know the words. That’s a suggestion, if that’s the vibe you’re looking for.

I play just about the same stuff on both myself.

Cheers, everyone. Thank you for the questions. Until next time.