Buffalo, N.Y (WGR 550) – The Buffalo Bills showed more signs of not slowing down after they dominated the defending No. 1 seed in the AFC on "Monday Night Football".

For the third-straight year, the Bills played the Titans in the limelight, with Tennessee winning the last two matchups back in Nashville.

This matchup went the complete opposite direction from the last two meetings, with Josh Allen and the offense putting up 24 points in the third quarter en route to a 41-7 win at Highmark Stadium.

The Bills also made improvements from last week after turning the ball over four times, taking care of the football and going turnover free against the Titans.

In addition, the defensive line stepped up without Ed Oliver and Tim Settle by holding All-Pro running back Derrick Henry to only 25 yards on 13 carries.

After another round of easy pickings in Monday night's home opener, the Bills will return to the road on Sunday to play their first divisional matchup of the 2022 schedule. However, it won't be so easy, as Buffalo will face the 2-0 Miami Dolphins at Hard Rock Stadium. 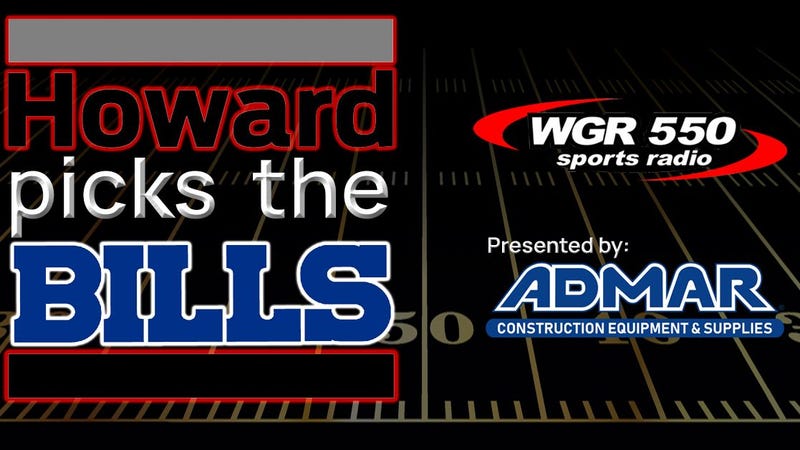 This is the first time since Allen’s rookie year that the Dolphins could look to be a threat against the Bills. Tua Tagovailoa played, arguably, the best game as a pro against the Baltimore Ravens this past Sunday, throwing for 469 yards and six touchdowns in a comeback win on the road.

Newcomer Tyreek Hill also had a big day in the receiving game, reeling in 11 catches for 190 yards and two touchdowns.

The winner of Sunday's matchup in South Florida will take sole possession of first place in the AFC East just three weeks into the season. While Miami's hot start certainly has plenty of people around the NFL talking, it doesn't phase one Howard Simon.

In fact, for the first time in the known history of "Howard Picks the Bills", no team around the NFL is phasing Howard.

Heading into Sunday’s matchup, you could say Howard is "circling the wagons" with this edition of the Bills through two weeks of the 2022 season. While the Week 2 edition of "Howard Picks the Bills" saw Howard pick Buffalo to go 16-1 with a loss to the Chiefs, it still wasn't good enough.

However, Howard did not disappoint for his Week 3 picks for Bills fans. Not only does he pick the Bills to beat the Dolphins this Sunday afternoon, but he also picks Buffalo to run a clean slate, going 17-0 en route to just the third perfect regular season schedule in NFL history!

You can listen to the latest edition of "Howard Picks the Bills" in the player below: