After nearly two weeks where Miller got to see how far Bills fans would go to help with toilet paper being sent to his dorm after he commented on the low quality at training camp, Miller finally got to see "Bills Mafia" in person at Highmark Stadium.

At the annual "Return of the Blue and Red" practice on Friday, more than 35,000 fans were in attendance to see a team that many believe will win the Super Bowl in Glendale, Arizona this February. Miller was blown away with his first interaction with "Bills Mafia" at the practice.

“It’s incredible man," said Miller with the media following Friday's practice. "It’s easy to fall in love with this place, with this type of fan base.

“I’ve been in some special places, but Buffalo, it’s different man.” 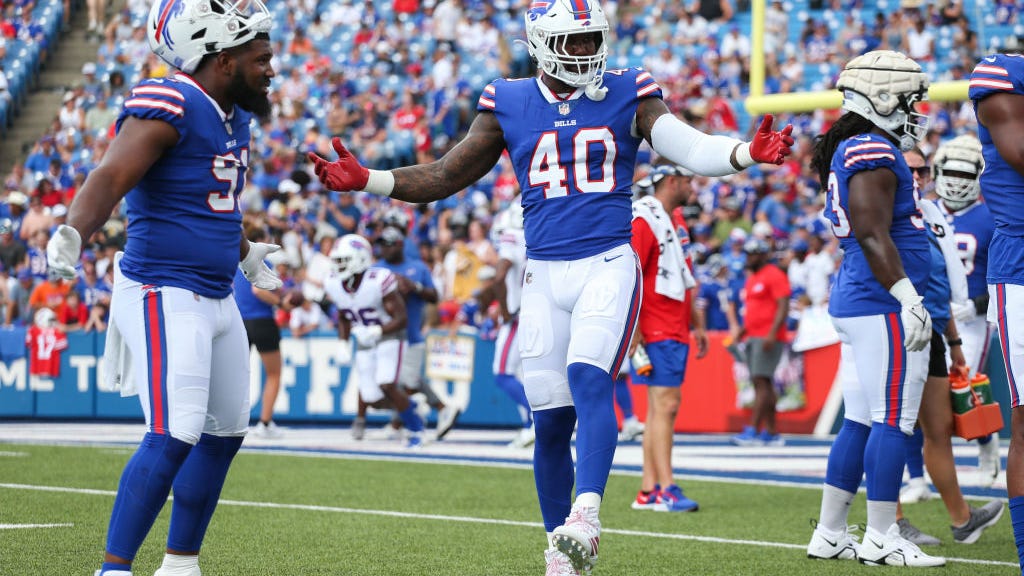 Over 35,000 fans show up for Bills practice at Highmark Stadium

The next time Miller and the Bills will be at Highmark Stadium in front of the fans will be Aug. 13 at 4 p.m. ET when they begin their preseason slate against the Indianapolis Colts.

You can listen to the entirety of Miller's chat with the media following Friday's practice in the player below: