Pittsford, N.Y. (WGR 550) - It was a pretty typical training camp practice for the Buffalo Bills at St. John Fisher University on Thursday.

It had a bit of everything, including another scrap, this time between wide receiver Stefon Diggs and defensive end Gregory Rousseau. It looked like a couple punches were thrown before it was broken up, but then flared up again with others a short time after.

These types of skirmishes have become an almost daily occurrence, sometimes multiple times in one practice. But they are also over very quickly and players are back to their spots ready to run the next play. 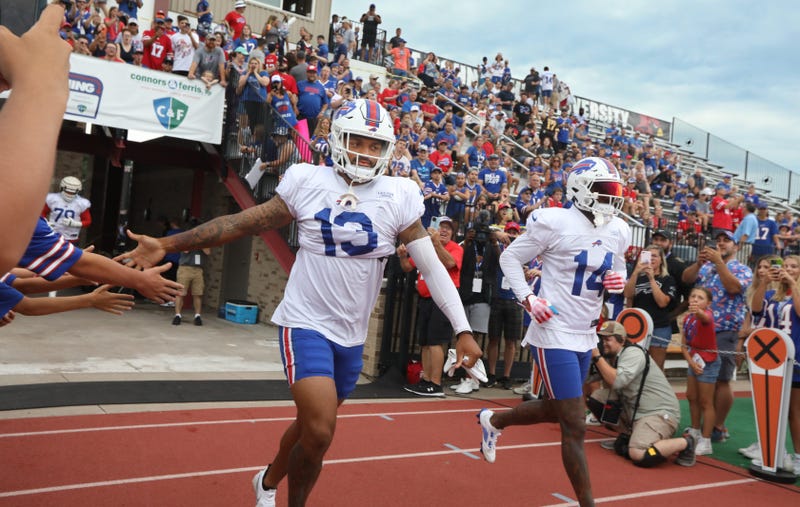 I've been raving about how well the secondary has performed throughout all of camp. They've been sticky and physical.

Thursday was the offense's turn for praise.

The wide receivers were routinely beating the defensive backs in 1-on-1 drills from the start. It didn't matter what route or who was running it, or who the quarterback was, it seemed like every player was beating their man and making the catch.

That continued when the two sides went to 11-on-11 work when on the second play (the Diggs/Rousseau scrum was on the first play) quarterback Josh Allen found wide receiver Gabriel Davis deep down the right sideline for a touchdown.

It was an absolutely beautiful pass laid over the heads of cornerback Dane Jackson and safety Damar Hamlin, who couldn't get there in time.

There have been plenty of strikes for touchdowns and even deep ones this camp, but this was the best and prettiest I've seen so far. 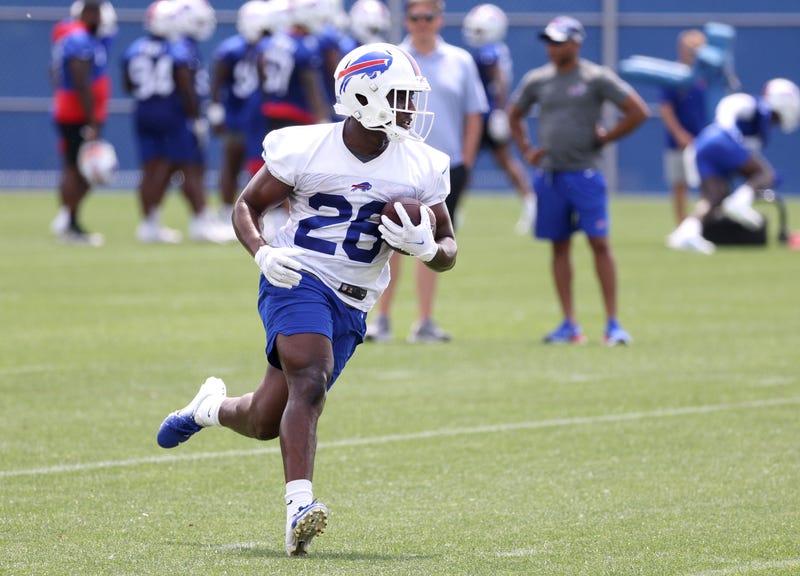 The session also included a goal line period that was physical and competitive.

Both sides had their share of wins, including a touchdown run by Devin Singletary and touchdown pass to Isaiah McKenzie. Singletary was also stopped before he got to the goal line by a host of defenders. 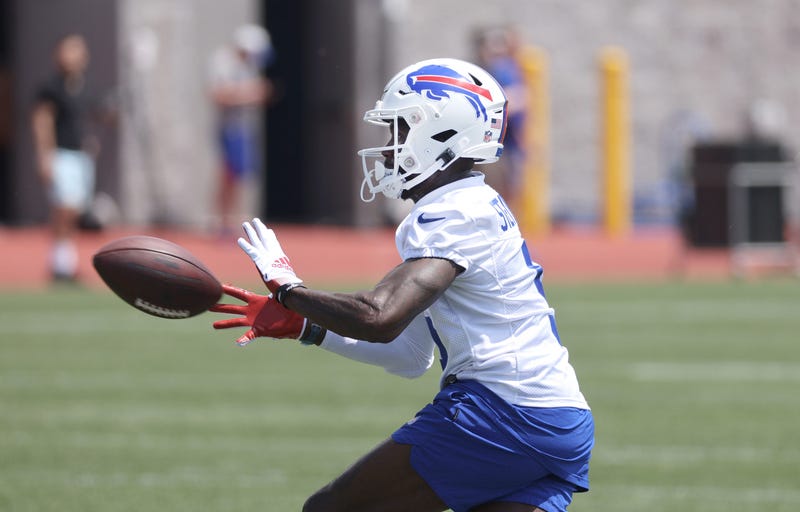 On the injury front, offensive lineman Ryan Bates returned to practice, although he did not take part in any work against defenders.

Prior to practice, head coach Sean McDermott said that wide receiver/return man Marquez Stevenson will be out "weeks" after injuring his foot and left practice early on Tuesday.

McDermott also said it will be a week or two for safety Jordan Poyer before he returns from his elbow injury.

The team will return home to Orchard Park for Friday evening's "Return of the Blue and Red" practice in front of fans at Highmark Stadium. A ticket is required to attend.