Montreal, Quebec. (WGR 550) - The Buffalo Sabres played the last leg of a short three-game road trip through Canada on Tuesday, when they matched up with the Montreal Canadiens in Quebec.

The Sabres entered the game looking to snap an eight-game losing streak.

Buffalo got off to a roaring start in the first period when Rasmus Dahlin, JJ Peterka and Alex Tuch all scored goals in the first 2:13 of the contest. Not even a minute later, Canadiens forward Cole Caufield scored making the score 3-1, Buffalo.

The rest of the first period remained goalless, as did the beginning of the second period until Sabres forward Jeff Skinner notched his sixth goal of the year, giving Buffalo the 4-1 lead. Montreal's Sean Monahan scored just over a minute later, which cut Buffalo's lead back to two.

The third period was controlled by Buffalo for it's entirety.

Defenseman Henri Jokiharju opened the scoring four minutes into the final frame with his first goal of the year. Tage Thompson scored another goal at the midway point in the period, and then Skinner capped off the scoring with his second of the night to make the final 7-2, Buffalo. 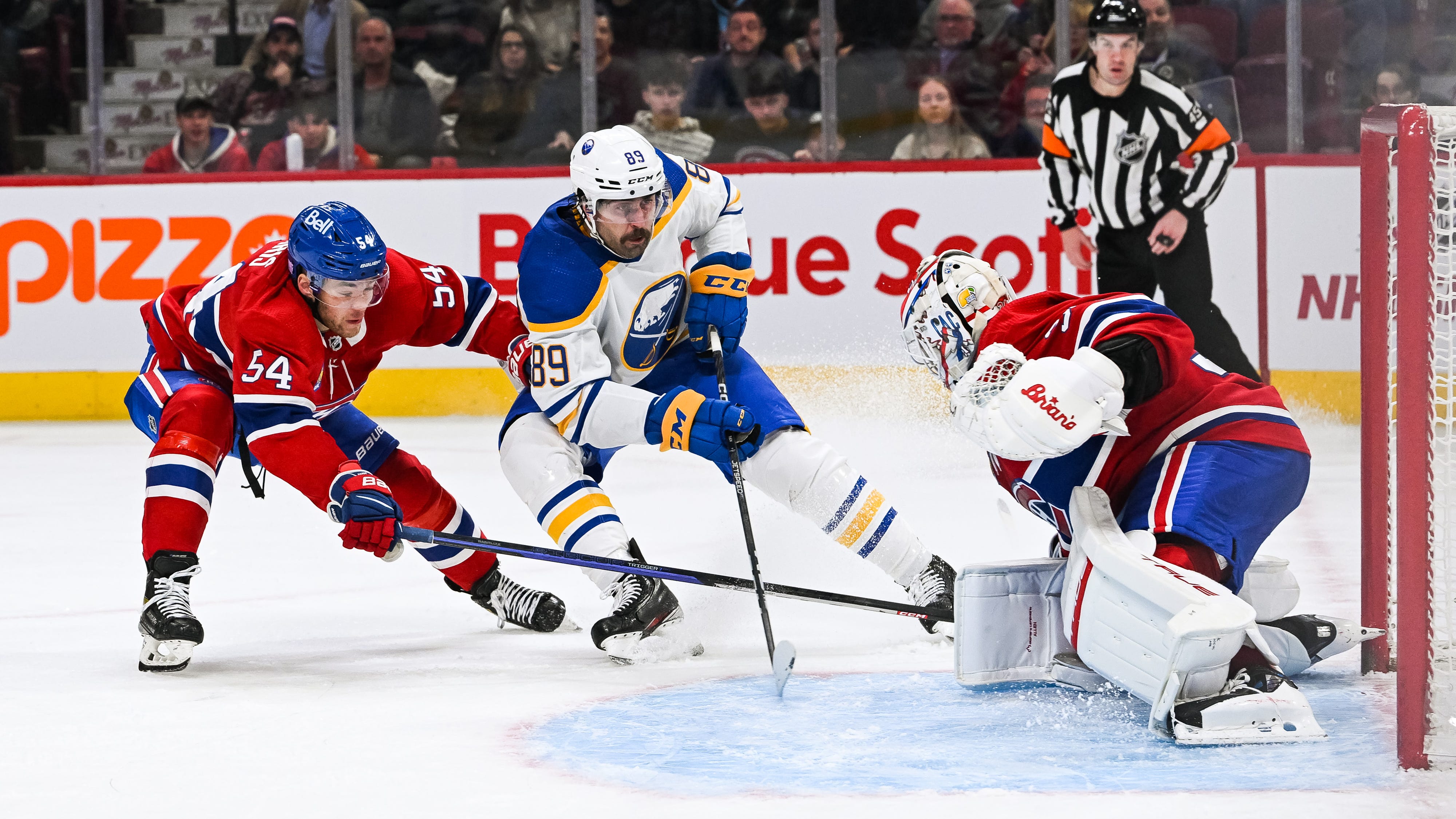 The Sabres brought speed and physical intensity to this game, and snapped their ugly losing streak to get back in the win column for the first time in two weeks. 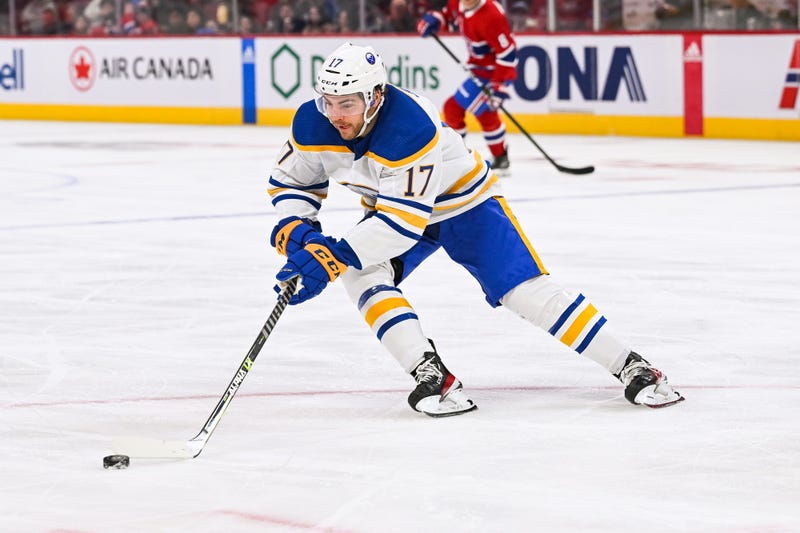 The Sabres have had some tricky issues with the penalty kill this season, with one of the biggest being the subtraction of defenseman Mattias Samuelsson. Samuelsson, along with Zemgus Girgensons, both returned to the lineup after recovering from injuries.

Forward Tyson Jost also made his first appearance in a Sabres uniform after being claimed off waivers from Minnesota on Saturday afternoon.

These three players made immediate impacts across the whole lineup.

Samuelsson brought back his defensive prowess on the blue line, Girgensons brought back his leadership and veteran presence, and Jost added a bit more edge to an already feisty Sabres team. 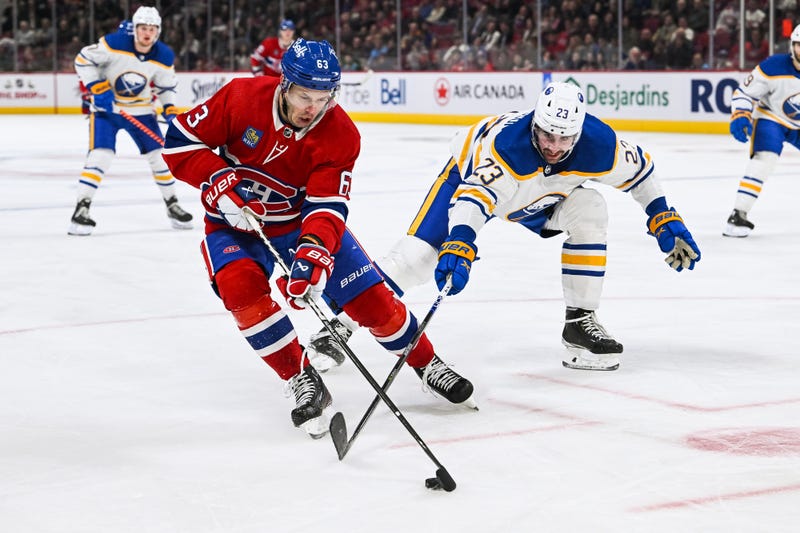 As mentioned before, a player like Jost brought in a new found edge on the Sabres' physical side. He started his first shift off right by getting into a fight with Canadiens defenseman Chris Wideman.

The chippy attitude carried throughout the team as the game went on. As the Sabres' lead grew, so did the frustrations of the Canadiens. But Buffalo didn't back down, as they sometimes have in past games.

Buffalo played smart, physical hockey that snuffed out any momentum that Montreal was trying to build throughout the game. They used this physical play to create offense as well, which is always good to see. 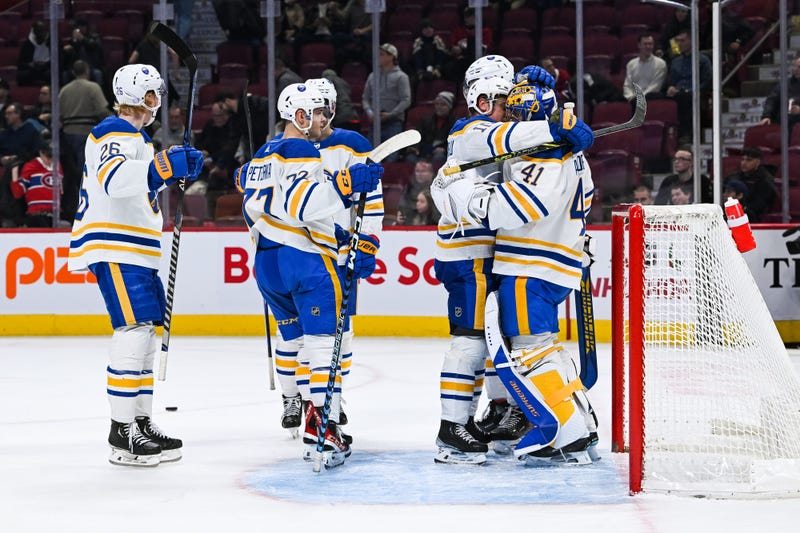 The Sabres finally got back into the win column thanks to relentless offense from all over the line up. While the majority of goals came from the first line, the rest of the line up had great pressure throughout the game.

The good play on defense led to offensive chances, as well. With the defense playing as well as it did, it allowed the offensive players to work their magic without having to worry as much when the puck goes the other way.

Overall, with team play like this, the Sabres can't be beat.

This is the same style of play they exhibited the first 10 games of the season, and after snapping a long losing streak, they can use this momentum to go on another good run.

The Sabres are back in action Wednesday night, as they return home to KeyBank Center to host the St. Louis Blues for '90s night. That game will be the first night the team features the new black and red "goathead" third jersey.

Puck drop is scheduled for 7 p.m. EST with pregame coverage starting at 6 p.m. EST with Schoop and the Bulldog on the radio home of the Sabres - WGR Sports Radio 550.

Photo credit Losi and Gangi
We strive to be a platform where varying opinions may be voiced and heard. The views, thoughts, and opinions expressed by the author(s) of this article and/or by those providing comments are theirs alone, and do not represent those of Audacy, Inc. We are not responsible for any damages or losses arising from this article and/or any comment(s).
Featured Image Photo Credit: David Kirouac - USA TODAY Sports