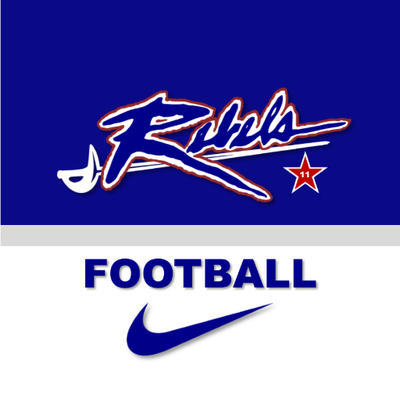 Inclement weather has again played a factor in scheduling for High School Football. It happened a couple of times in the early part of the season and is happening again this week in the postseason. Most teams around the Upstate stuck with the plan of playing on Friday night. However, a few games moved either up to Thursday or back to Saturday.

Byrnes and Blythewood has been moved to Saturday. The game will air on 1330 AM and on the Free Audacy App. The other Fan Upstate stations will have coverage of Furman at Mercer on Saturday afternoon. The Byrnes game will start with pregame coverage at 130 PM, kickoff is for 2 PM. Cole Bryson will be making a special appearance to do the play-by-play for the game, in place of Rob Brown.

The Rebels have peaked at the right time. They have started to get healthy late in the season after being bitten hard by the injury bug. Running Back R.J. Livingston was in the lineup last week after missing time with an injury, he made his impression felt running for over 100 yards and 2 rushing TD's. Byrnes is playing with momentum after beating Hillcrest on the road 31-28 last week.

Blythewood won the Region 3 5A title going unbeaten in region play. They have 2 losses on the season. While, Blythewood is a tough opponent with a good record, they haven't played the same caliber of region opponents as Byrnes. The Rebels in Region 2 5A play have taken on 3 teams that are still in the playoffs in the 2nd round. Blythewood is the only team from their region left. A link to hear the Byrnes at Blythewood game Saturday afternoon is below.
https://www.audacy.com/stations/thefanupstate/shows/byrnes-rebels-football-16074