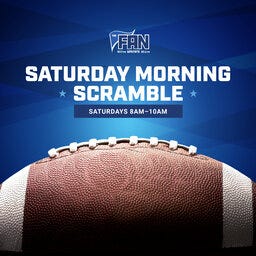 The 1st round of the playoffs are in the books across South Carolina. The 2nd round is slated for this week. There is potential for inclement weather in the Upstate on Friday, which has caused some changes to the schedule already. There could be more changes to come to the schedule. Below is a look at every 2nd round matchup in 4A and 5A

5A
Spartanburg at TL Hanna- Spartan High was impressive in the 1st round, as they demolished Nation Ford in a blowout home win. TL Hanna survived a major scare, in what would have been the biggest 1st round upset in the 864. Hanna held off White Knoll 36-35 at home on Friday. I have said repeatedly, I think Spartanburg will be a really tough out in the postseason. They have a squad that is battle tested, they have great QB play with Raheim Jeter and Coach Mark Hodge has won big everywhere, he's ever been.

Dorman at Dutch Fork- Dorman is 9-2 on the season and they handled Clover on the road in the 1st round last week. The Cavs won the rematch 37-7 last week, RB Demarius Foster ran for 274 yards. Dorman's run game has given people problems, but they are one dimensional offensively. Dorman's downfield passing game has not really made progress, as the season has went on. Dutch Fork is 10-1 on the season and their only loss came to St. Frances of Baltimore. They have destroyed region opponents, winning every region contest by an average of 50 points per.

Gaffney hosting JL Mann- The Patriots are one of the best stories in Upstate HS Football. Coach Scoot Watson has turned that program around and is leading Mann's football renaissance. Mann won their 1st playoff game in 14 years, downing Spring Valley last week. Gaffney is at home, on the town on Friday night. The Reservation will be rocking, as the defending 5A Champs look to advance. Gaffney is 33-4 at home since 2017. Head Coach Dan Jones can pass Bob Prevatte to become the program's all time wins leader, if the Tribe can get by Mann.

Byrnes at Blythewood- The Rebels went on the road and downed Hillcrest 31-28 last week. Going in, it was one of the most compelling 1st round matchups in The Upstate, in any class. It lived up to that, Byrnes was playing inspired football especially in the 1st half. The Rebs rallied around players Chris Foster and Caleb Melton who were both injured in a car crash last Friday and missed the game. Blythewood handled Boiling Springs in a 40-0 home win last week. They are the Region 3 Champs, after the swept through region play,they are 9-2 on the season.

4A
Greenville High hosts South Pointe- The Red Raiders have won 8 straight after starting the season 0-3 against a really tough non-region slate. They had no trouble with Aiken last week in the 1st round. The Red Raiders will welcome the defending 4A State Champs into Sirrine Stadium on Friday. South Pointe finished 3rd in Region 3, which is likely the best 4A region in the Upper State bracket. SP went on the road and put a beat down on Greer in 1st round.

Westside hosts Indian Land- The Rams got a home win over Midland Valley in the 1st round. Westside has an explosive group of receivers, they also have a D-1 QB prospect in 10th grader, Cutter Woods. Indian Land pulled probably the biggest upset in the Upper State in any class. They finished 4th in Region 3 and went to Region 2 Champs Laurens and beat them by 3 TD's.

In other 4A games- Catawba Ridge is at North Augusta. Catawba Ridge finished 2nd in Region 3, they got a home win in blowout fashion over Riverside in round 1. North Augusta hosted Easley and was able to put them away late. However, Easley was competitive despite the long road trip to take on the Region 4 Champs.

Greenwood at Northwestern-Rock Hill- This game has been rescheduled to Saturday at 2 PM, due to the threat of inclement weather. Greenwood went on the road and got a win over South Aiken, last week. Northwestern beatdown Wade Hampton at home last week. NW won the Region 3 Title.

Region 2 backed up my theory that they are the best region in the Upper State in 5A. They went a perfect 4-0 in the 1st round, with three of their teams winning by 30 or more. Region 1 5A was 2-2, with TL Hanna surviving and JL Mann downing Spring Valley. In 4A, Region 1 went 3-1, as Greenville High, Westside and Greenwood all got wins. Region 2 4A was 0-4 in the 1st round and doesn't have a representative left in the playoffs.

You can hear more of my thoughts and predictions on these games and others around the Upstate. I will be on "Offsides" with Marc Ryan and Diesel in the 3 PM hour on Friday, to preview the 2nd round playoff matchups.