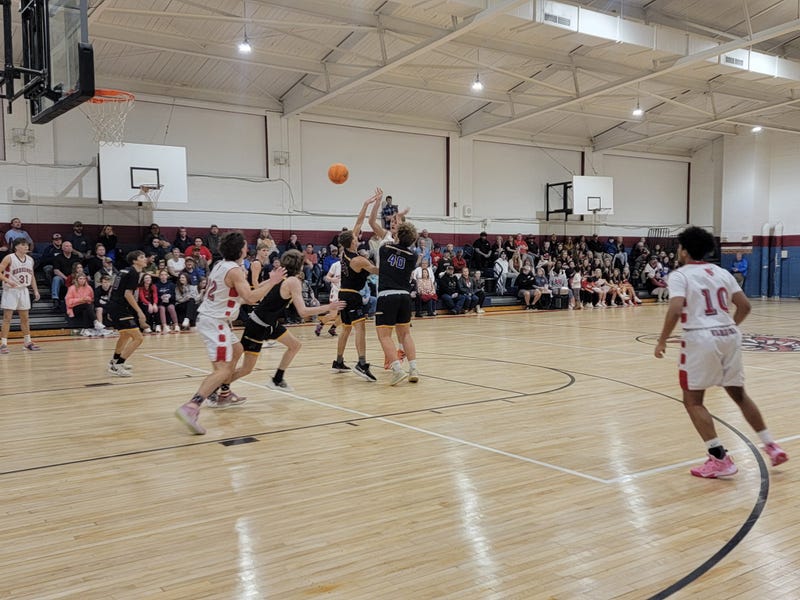 History was made Tuesday night , as a gym in the Upstate hosted its first varsity basketball games in four decades. The old Oakway High gym in Oconee County, which was rebranded in recent years as the Fair-Oak Youth Center played host to the hometown West-Oak Warriors and visiting Highlands Highlanders (NC).

Here's some context on the building's history. Westminster and Oakway were separate high schools for years. They consolidated and became West-Oak High in 1982. Oakway and West Oak Middle School remained separate middle schools for years after. Oakway Middle played in that same gym, but the Varsity moved to the new WO building. The two then combined middle schools, leaving that gym and Fair Oak Rec. Dept. began holding games there. 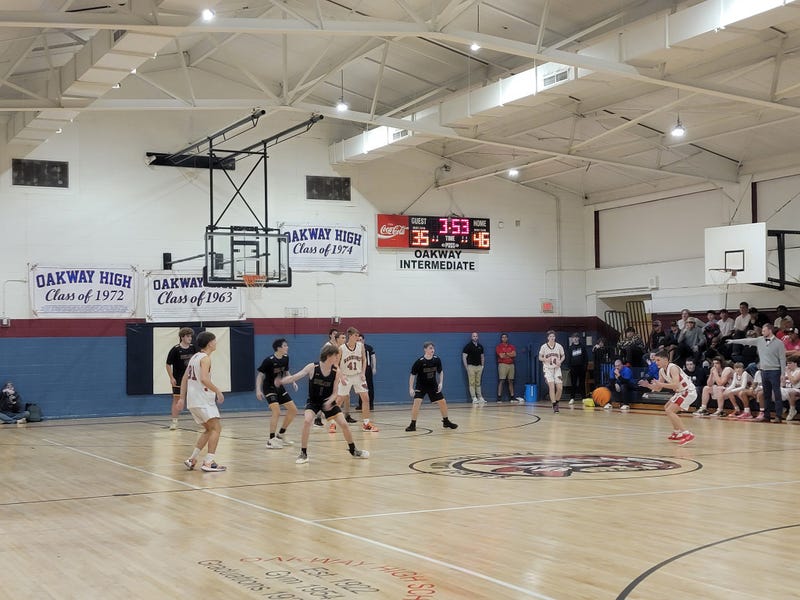 The building was recently furbished by the board of Fair Oak Youth Center or FOYC and that sparked an idea. The concept came from 1st year West-Oak Boys Coach Matt Rowland. He also happens to be the youngest Varsity Basketball Head Coach in South Carolina. Rowland felt like it would be something that would be different and ignite the kids within his program. He pitched the idea to his Athletic Director Tim Sheriff, who was on board and began working to execute Tuesday night's events.

It was a packed house and the games were billed as "Throw Back Night" to recognize the building's storied history and give the community the chance to re-live the memories. Highlands North Carolina agreed to come and be the visiting opponent. Highlands is now stranger to playing in Oconee County, as for decades they played against Tamassee-Salem (before it closed) and Walhalla several years, as well.

The allure of the idea and nostalgia behind it gave the games, a bigger and different feel. At the core, the games were non-region games against an out of state opponents, just day prior to starting region play.

The two teams split the night's double header, as Highlands won a thriller in the Girls game and West Oak pulled away to win by double digits in the boys game.

Basketball is a small world for sure and I had some ties to both programs. Highlands Girls Coach Brett Lamb is my 1st cousin. He's been there 25 years in various capacities and has built their Girls Program into a perennial success. They have had multiple conference titles and playoff bids during his tenure. Matt Rowland and I have mutual friends in coaching around the area, as I spent years coaching at various places and levels.

The Girls Game was a thriller. Highlands took a slight lead in the 3rd quarter, but West Oak came charging back. The Lady Warriors were able to claw back in the 4th quarter and take a late lead. They went up 35-33 in the game's final seconds on a made runner from 15 feet. Highlands then was able to get the ball up the floor and Bella Wilson hit a three with about 12 seconds left. West-Oak had one last chance and Highlands forced a miss to win 36-35. Point Guard Zoe Sheriff was key for West-Oak she multiple threes and scored on drives in the final frame. Highlands (1A in NC) improved to 6-3 with the win, West Oak (3A in SC) fell to 9-4 with the loss.

In the boys game, West Oak used a 16-7 4th quarter to pull away and win 53-36. Highlands was scrappy and keep the game close for the 1st 3 quarters. They trailed by 8 at 37-29 going into the 4th. The Warriors opened the final frame with 6-1 spurt that put them double digits with under 5 minutes left. Lucas Towe was big for West-Oak in the second half, the 6ft 3 Forward had a game high 26 points. Warrior Guard Charlie Daniels, (Not the Devil Went Down To Georgia Singer, sorry couldn't help it) added 13 in the winning effort.

West-Oak primarily ran the 1-3-1 Half Court Trap and were able to create turnovers in the 4th with it. That was the catalyst for the late run. West Oak has now won 9 games in Rowland's 1st year and that's with the region slate left to go. The adoption and usage of the 1-3-1 has been key to their success this season. The Warriors have already eclipsed last year's win total.

I am a guy who played on that same floor back in the 90's competing against Oakway Middle School and so the whole "throw back" concept and nostalgia was something, I was able to enjoy on Tuesday night.

West-Oak will now turn its attention to the Region I 3A opener. The Warriors will be at their normal home on campus to host Pendelton.