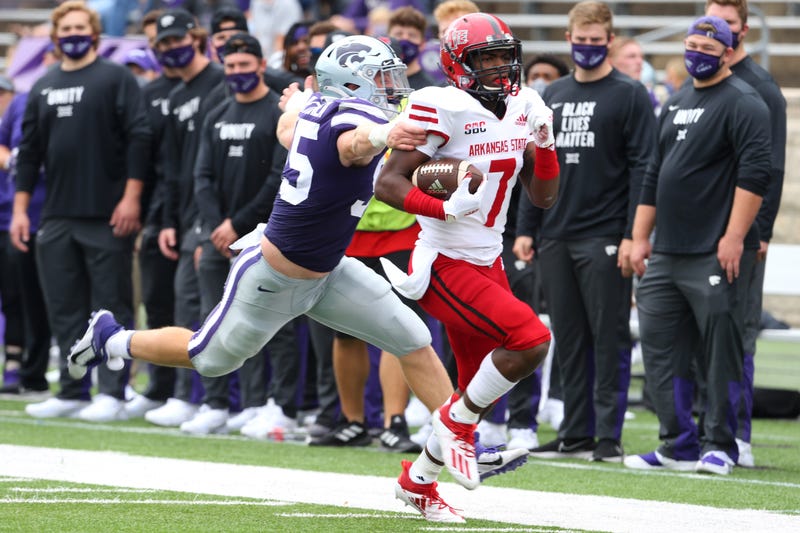 Another transfer playmaker for the Gamecock football program has landed on a national award watchlist. South Carolina transfer Receiver has been named to the Biletnikoff Award Watchlist. The Tallahassee Quarterback Club announced the 43 player list Thursday morning.

Rucker comes to Columbia after starring for 2 seasons at Arkansas State. He had 75 catches for nearly 1,300 yards good for 17 yards per catch and 14 TD's for the Red Wolves. In 2020, Rucker had a career best game of 9 catches for over 300 yards and 4 TD's. He was named a Freshman All-American while at Arkansas State.

The award is named after former Florida State All-American and Oakland Raider All Pro WR Fred Biletnikoff, who was the MVP of Super Bowl XI. Past award winners include greats like Randy Moss, Calvin Johnson, and Larry Fitzgerald among others.