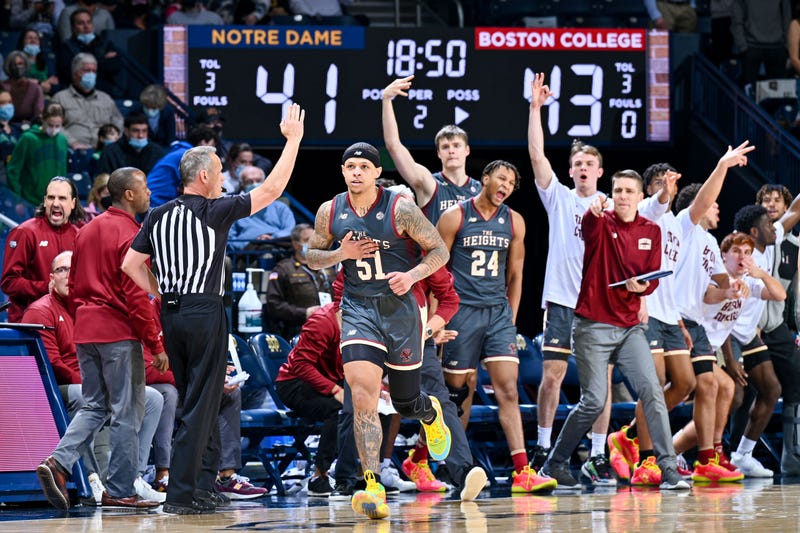 A former high school hoops standout and Upstate native is set to make his way back to the Palmetto State. Former Seneca High All State Performer Brevin Galloway has announced he's leaving his current school, Boston College. Galloway is set to decide whether he'll spend his final college season at Clemson or South Carolina.

He said in a social media post that he learned he has an extra year of eligibility after being granted a redshirt year after missing time due to injuries early in his college career. Ironically, Galloway helped Boston College beat Clemson on January 15th, scoring 18 points and making what would be the game winnng three with less than 30 seconds left.

He started his college career at Charleston, where he averaged double figures in two of his four seasons in the Low Country. As a high school senior, he helped lead Seneca High to an appearance in the Upper State Finals. His brother Brayden Galloway has played Tight End for Clemson Football for the last four seasons. Brevin is expected to announce in the near future whether he'll be a tiger or gamecock.