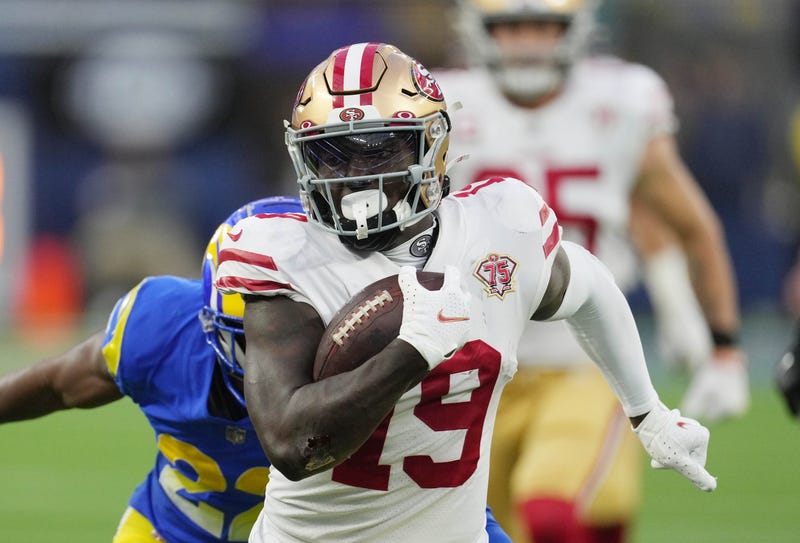 San Fransico 49ers standout and former South Carolina Gamecock star Deebo Samuel held a youth football camp last week. The camp had around 400 kids ranging from 6 to 16 year old and was held at Spartanburg High. Samuel is a Spartanburg County Native, he starred at Chapman high before choosing the Gamecocks over offers from North Carolina, NC State, Maryland and many others.

Since being selected by the San Francisco 49ers, he has held his youth football camp in the Upstate every year. For Samuel, it is a way to give back to the community that molded him.

However, after last week's camp there was some public criticism of Samuel that surfaced. Samuel did not sign a football that one camper asked him to sign, which is where the criticism came from. In the literature on the camp prior to it stated plainly that because of time constraints and an expected large turnout, Samuel would be unable to sign personal items.

However, Samuel did pose for pictures with all the campers and sent all of them home with a hand signed picture. As seen below, Deebo is posing with another camper.

400 campers I wasn’t able to autograph personal items, but every camper went home with a signed photo.

Wishing everybody a happy and healthy 4th of July Weekend!

As I mentioned, Spartanburg High School was the site of the camp. Vikings Head Coach Mark Hodge was there helping with the camp and defended Samuel in the tweet below.

The 10 min unscheduled camp break was so he could RE-SIGN 150+ pics - due to a bad marker - ensuring the kids got their autographs. Unfortunately, as you all have done, sometimes you have to say no. The next day @19problemz invited our players to train for free. He loves kids… https://t.co/urU8CFCy8A pic.twitter.com/E7pJ377p5g

Ultimately, Samuel posed for a picture with the young man who declined to sign a football for, just like he posed for pictures with hundreds of kids at the camp that day. It seems the backlash towards Samuel from social media following the camp, was way overblown. In my opinion, it was an attempted attention grab that put tarnish on an otherwise noble attempt by Samuel to give back.

The camp was publicized prior and the media was invited. However, Samuel did not speak to the media at the camp. He chose to focus on the kids in attendance and the camp itself. Samuel is reportedly at odds with the 49ers and has requested that San Francisco trade him. Those who criticized his actions in not signing the ball accused Samuel of doing it as part of his trade demand. Samuel told the young man he couldn't sign the ball and apologized to him.