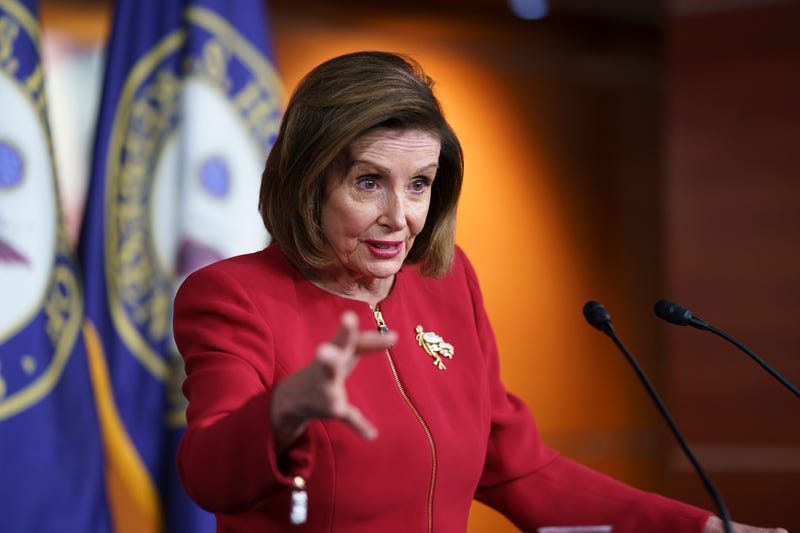 WASHINGTON (AP) — Revamp the tax code and important federal health care and environment programs. Spend $3.5 trillion over 10 years, but maybe a lot less. Ensure that no more than three Democrats in all of Congress vote “no” because Republicans will be unanimously opposed.

Try to finish within the next couple of weeks. And oh yes: Failure means President Joe Biden's own party will have repudiated him on the cornerstone of his domestic agenda.

That's what congressional Democrats face as they try writing a final version of a massive bill bolstering the social safety net and strengthening efforts to tame climate change. Here's a guide to some pivotal differences they must resolve:

The White House and top Democrats compromised on a $3.5 trillion, 10-year cost for the bill. That's a huge sum, though a fraction of the $61 trillion in federal spending already slated over that period.

Moderates led by Sens. Joe Manchin of West Virginia and Kyrsten Sinema of Arizona have said $3.5 trillion is too expensive, and votes from every Democrat in the 50-50 Senate are mandatory for success. Biden, House Speaker Nancy Pelosi, D-Calif., and Senate Majority Leader Chuck Schumer, D-N.Y., have recently acknowledged what seems inevitable: The final cost may have to drop.

Manchin has suggested limiting the total to $1 trillion to $1.5 trillion, which progressives reject as paltry. Led by Senate Budget Committee Chairman Bernie Sanders, I-Vt., they initially said at least $6 trillion was needed for serious efforts to help families and curb global warming.

Eventually a compromise will be reached, with some expecting it in the $2 trillion to $2.5 trillion range. But since House committees just finished crafting a $3.5 trillion version of the package, a smaller price tag means some priorities would have to be trimmed.

To pay for much of the bill, the House Ways and Means Committee approved $2.1 trillion in tax boosts, mostly on the rich and corporations. Some details and numbers seem likely to change.

Biden, who's promised to not increase taxes on people earning under $400,000, will probably get his proposal to raise the top individual income tax rate on the richest Americans to 39.6%. That would be up from 37% approved under former President Donald Trump.

But Democrats also want to raise other levies on the wealthiest. It's unclear which proposals will survive and in what form.

For example, Senate Finance Committee Chairman Ron Wyden, D-Ore., has expressed interest in boosting taxes on the value of some large estates that heirs inherit. Ways and Means Chairman Richard Neal, D-Mass., omitted that from his panel's plan.

Democrats want to provide tax credits for children, health care and child care costs and low-income workers. If the bill's size shrinks, Democrats might save money by delaying, gradually phasing in or out or limiting some of those breaks. Some moderates say a proposed tax credit for buying electric vehicles shouldn't go to higher-earning people.

Biden wants to raise the 21% corporate tax rate to 28% but may have to settle for around 25%. Democrats face other differences over taxes on corporate foreign income and stock buybacks.

Three moderate Democrats blocked a House committee from approving a top priority for Biden and progressives: saving hundreds of billions by letting Medicare negotiate lower prices for pharmaceuticals it buys. Another committee approved the language, so it's not dead.

Still, the plan is opposed by drug manufacturers and some moderates want to water it down.

Democrats planned to use the savings to pay for another progressive goal: new dental, vision and hearing Medicare coverage. If the drug-pricing language is diluted and produces less savings, it's unclear how the Medicare expansion would be financed.

In a town that loves acronyms, SALT, shorthand for state and local taxes, is on the table.