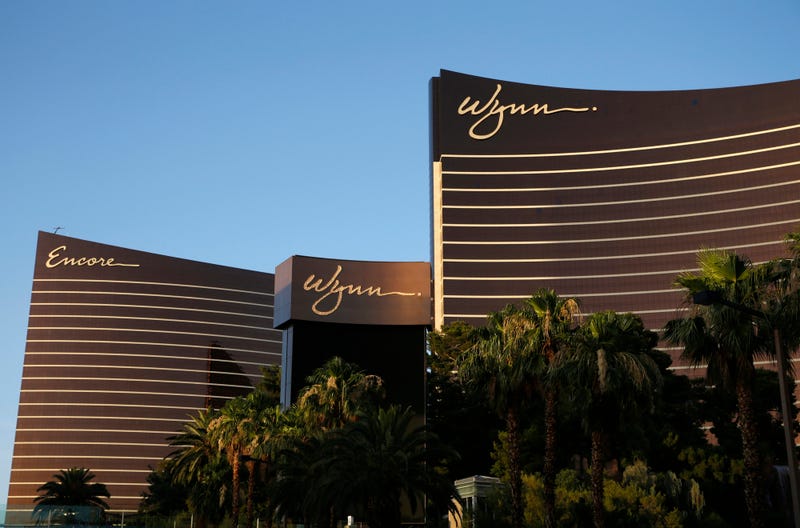 The announcement by Ras al-Khaimah comes after months of rumors about gambling coming to the UAE, home to skyscraper-studded Dubai and oil-rich Abu Dhabi. Islam, the religion of the Arabian Peninsula, prohibits gambling.

Initially, a statement issued by Wynn Resorts and Ras al-Khaimah authorities only referred to “gaming,” without elaborating. The emirate's Tourism Development Authority repeatedly declined to answer questions from The Associated Press on whether “gaming” involved cash betting.

However, a statement from the authority said a new gaming division would require “compliance with all applicable laws and regulations (including financial crime laws) from operators, suppliers and employees.” It also would “ensure responsible gaming at all levels.”

Gaming is often used as a euphemism for gambling in the United States.

Michael Weaver, a spokesman for Wynn Resorts Ltd., referred questions back to regulators in Ras al-Khaimah. However, all of Wynn Resorts’ locations in Las Vegas, Macau and Massachusetts feature resorts built around their casino floors.

A filing to the U.S. Securities and Exchange Commission on Tuesday by Wynn Resorts said it entered an agreement with Ras al-Khaimah for “the development and subsequent management of an integrated resort.” The term “integrated resort,” born in Singapore, refers to a hotel that includes a casino and other amenities.

Wynn stock closed up nearly 2% to $86.46 a share in trading Tuesday on the Nasdaq Stock Market after the announcement. The casino industry as a whole has been hard hit by the coronavirus pandemic.

A statement on the deal, also posted to Wynn Resorts' website, included repeated mentions of “gaming” facilities at the site.

“The newly announced integrated resort is still in its early design phase and due for completion by 2026,” a followup statement from Marjan, the Ras al-Khaimah developer involved in the deal, said. “These are all the details that can be provided at this stage.”

Ras al-Khaimah is the northern-most emirate in the UAE, a federation in which individual autocratic rulers wield wide powers in their emirate. Ras al-Khaimah, or “the top of the tent" in Arabic, is ruled by Sheikh Saud bin Saqr Al Qasimi and is most-widely known for its eponymous RAK Ceramics company.

But Ras al-Khaimah has been trying to raise its profile for years in the tourism market, which is dominated by Dubai. It draws tourists from India, Russia, the United Kingdom and Egypt. It has liberal alcohol rules and an area focused on beach resorts, while also advertising outdoor activities around Jebel Jais, the highest point in the country at 1,934 meters (6,345 feet) above sea level.

The Wynn Resorts development is planned to be built on Ras al-Khaimah's artificial Al-Marjan Island and will include around 1,000 hotel rooms, a mall, a convention center, restaurants and the “gaming area.”

J.P. Morgan analyst Joseph Greff said that Wynn Resorts' move into the UAE would mean "significant foreign direct investment” and would benefit from the UAE's local population of 9 million — which includes a vast population of foreign workers.

“We look at this beach resort as a super-regional-more-than-just-gaming high-end resort with solid (return-on-investment) prospects,” Greff wrote in an analysis of the deal.

Gambling remains rare in the wider Mideast, with casinos only in Egypt, Lebanon, Morocco and Tunisia.

Casinos long have been rumored to be considered as a way to raise money in the UAE and boost its tourism industry, particularly in Dubai, home to the long-haul carrier Emirates. Already, duty-free car raffles bombard those flying through Dubai International Airport.

A 2004 U.S. diplomatic cable released by WikiLeaks speculated that Dubai's casino plans had “been put on ice due to deference” to the late Sheikh Zayed bin Sultan Al Nahyan, the country's first president after unification in 1971.

But in recent years, rumors about casinos kept growing. Britain's famed ship the Queen Elizabeth 2 opened as a hotel in Dubai in 2018 after over $100 million of repairs. It still has its deactivated slot machines on board. Caesars similarly opened in 2018. Construction work is ongoing involving projects for casino firms MGM, the Bellagio and Aria.

However, casinos and the large amounts of cash they generate raise the danger of money laundering. Already, war profiteers, terror financiers and drug traffickers sanctioned by the U.S. in recent years have used Dubai’s real-estate market as a haven for their assets. Ras al-Khaimah also found itself linked to the case of an Alaska man who laundered $1 billion held in South Korea for Iran.