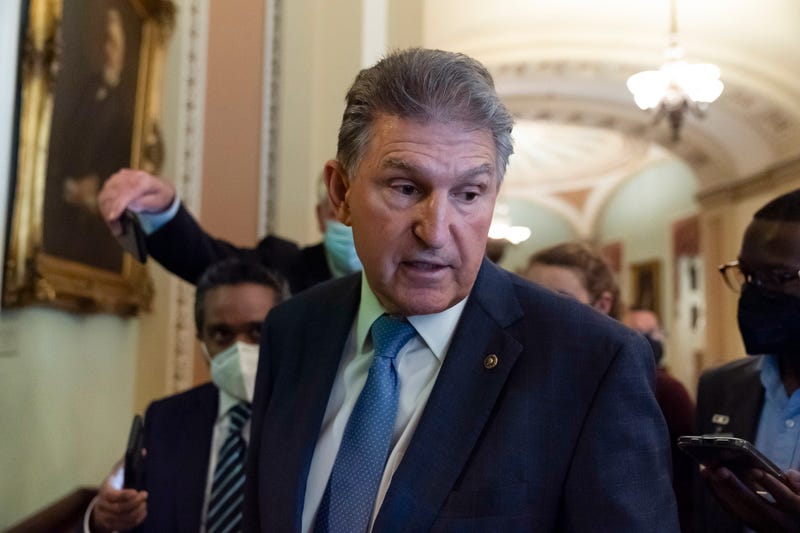 But increasingly the answer is crystal clear. The conservative West Virginia Democrat wants to dismantle President Joe Biden's proposed climate change strategies and social services expansion in ways that are simply unacceptable for most in his party.

So the question becomes less about what Manchin wants and more about whether Biden can bring him, the party's other centrist senators and its progressives to middle ground and salvage his once-sweeping $3.5 trillion proposal from collapse.

As the White House pushes its Democratic allies on Capitol Hill to wrap up slogging negotiations before end-of-the-month deadlines, pressure is mounting on the party to hold its slim majority in Congress together to deliver on Biden's priorities. The president will meet with House lawmakers from both groups again Tuesday at the White House. Biden spoke by phone with Manchin on Monday, and Manchin met separately with two progressive leaders: Sen. Bernie Sanders of Vermont and Rep. Pramila Jayapal of Washington state.

“We are at a point where we feel an urgency to move things forward," Biden press secretary Jen Psaki acknowledged Monday.

For months, Manchin has publicly and repeatedly balked at the size and scale of Biden’s plan to expand the social safety net, tackle climate change and confront income inequality.

Already, he and fellow centrists, including Democratic Sen. Kyrsten Sinema of Arizona, have forced Biden to concede that the final price tag will likely be much smaller, likely around $2 trillion — largely paid for with higher taxes on corporations and the wealthy, those earning more than $400,000 per year.

But as negotiators sift through the details of what's in and out of the proposal, it's Manchin's priorities that are driving much of the debate, infuriating colleagues and complicating a deal.

To start, Manchin is on board with raising the corporate tax rate to 25%, though not quite as much as the 26.5% Democrats have proposed, to finance Biden's expansive vision, agreeing that corporations should pay their “fair share” at a time when many have reported paying zero taxes.

But after that, the coal-state senator parts ways with progressives and most others in his party.

By insisting on a “fuel neutral” approach to energy policies, he threatens to wreck a cornerstone of the climate change plan, the Clean Energy Payment Program, which would offer grants to power companies that increase clean energy generation by 4% each year and fine those that do not.

On another major issue, by interjecting work requirements or income thresholds for government aid recipients he wants to limit new child care and health care programs to the neediest Americans.

With a striking ability to saunter into the spotlight with wide-ranging demands, Manchin is testing the patience of his colleagues who see a once-in-a-generation opportunity to reshape government programs slipping away to his personal preferences. With Republicans fully opposed to Biden's plans, the president needs all Democrats in the 50-50 split Senate for passage.

“I would hope that we’re going to see some real action within the next week or so,” said Sanders, the Vermont Independent, after meeting privately with Manchin.

As chairman of the Senate Energy and Natural Resources Committee, Manchin says he has been forthcoming both publicly and privately about his concern that some Democratic proposals may be detrimental to his coal and gas-producing state.

In conversations with the White House over the weekend, Manchin reiterated his opposition to the