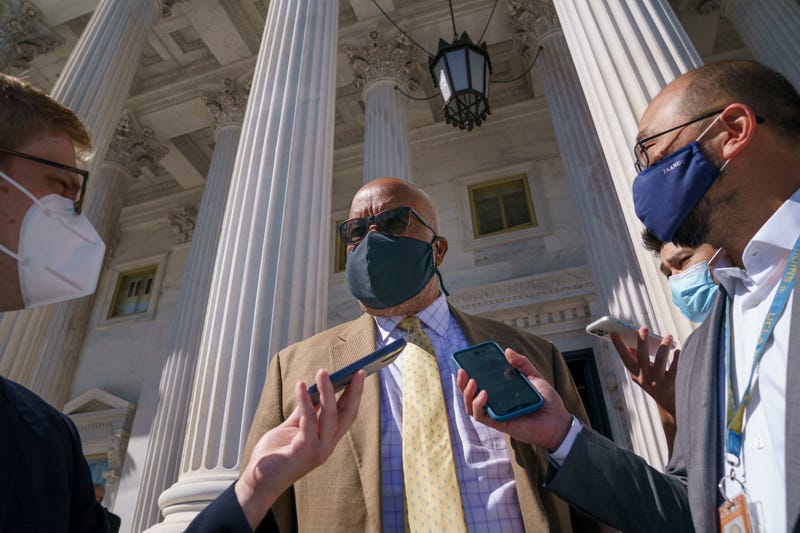 WASHINGTON (AP) — The House committee tasked with investigating the deadly Jan. 6 riot at the U.S. Capitol has been ramping up its efforts in recent weeks, issuing subpoenas to nearly 20 individuals, including four of former President Donald Trump's advisers and associates.

Lawmakers on the committee have made clear that they want to move quickly to obtain testimony and documents related to the attack. One witness summoned to testify, former Trump White House adviser Steve Bannon, is facing a criminal contempt referral after defying the panel's subpoena.

Here's a deeper look at the committee, its mission and how it operates:

WHY IS CONGRESS INVESTIGATING?

Unlike some previous investigations in the Trump era — including the Russia probes and the impeachment inquiry into Trump's interactions with Ukraine — the central facts of the Jan. 6 insurrection are known. A group of Trump supporters, fueled by his false claims of a stolen election, brutally assaulted police and smashed their way into the Capitol to interrupt the certification of President Joe Biden’s victory.

But there are still unanswered questions about the attack on the Capitol, and lawmakers say they are committed to presenting a full accounting to make sure it never happens again.

The committee is looking into every aspect of the riot, including what Trump himself was doing while it unfolded and any connections between the White House and the rioters who broke into the building.

The panel is also investigating how the protests leading up to and during the insurrection were financed, including the rally at the Ellipse on Jan. 6 preceding the riot.

“The biggest black box though is what was the president’s role? What was the role of people in the White House? What did the president know about who was coming to this rally?" House Intelligence Committee Chairman Adam Schiff, who sits on the panel, said in an interview on C-SPAN. ”And what did he do when he found out?"

The Democrat from California added, “There are a lot of important unanswered questions.”

Trump's claims of widespread election fraud were soundly rejected by a succession of judges, by state election officials and by Trump's own attorney general, William Barr. No case has ever established irregularities of a scale that would have changed the outcome.

Another goal for the committee is looking into why U.S. Capitol Police — as well as federal, state and local law enforcement agencies — were so ill-prepared for the rally-turned-insurrection and whether their response, after it began, was inadequate. The factors that contributed to the attack, including the role of technology companies and online platforms such as Facebook and Twitter, is also under review.

Last week, committee members expanded the scope of their investigation when they subpoenaed Jeffrey Clark, a former Justice Department lawyer who positioned himself as an ally of Donald Trump. The demands for documents and testimony from Clark, who aided Trump's efforts to challenge the results of the 2020 election, reflect the committee’s interest in the chaos that ensued in the Justice Department as Trump and his allies leaned on government lawyers to advance his false election claims.

The committee’s probe plans on building upon findings of other investigations being conducted, including the large-scale prosecution by the U.S. Department of Justice of the more than 600 rioters from nearly every state. But, ultimately, the final report the committee will produce will be separate from the DOJ effort.

WHAT POWERS DOES THE PANEL HAVE?

For now, the panel is conducting closed-door interviews rather than open hearings, trying to build a comprehensive picture of everything that happened that day and who was behind it.

But that's not always easy to do — especially with aides and confidants of the former president, who learned during his presidency that there were few consequences for rebuffing Congress.

The Jan. 6 panel so far has issued 19 subpoenas as thousands of pages of documents are flowing to the committee and its staff.