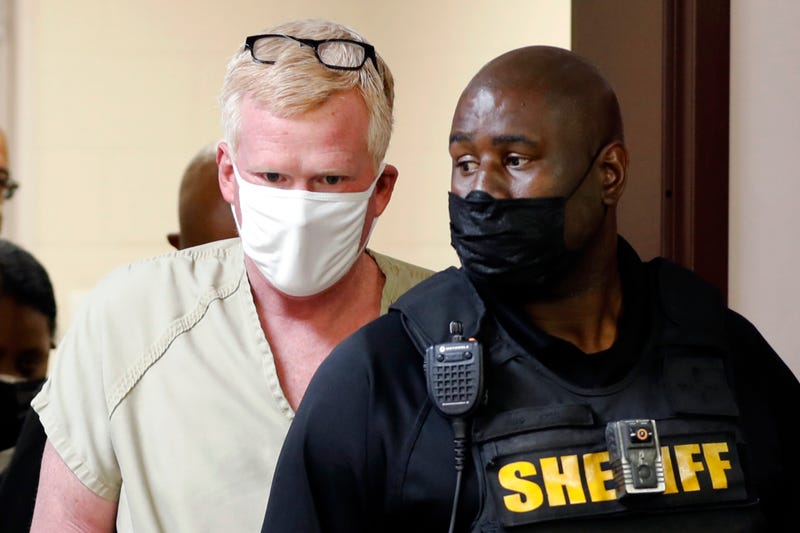 COLUMBIA, S.C. (AP) — A judge denied bond Tuesday for a prominent South Carolina attorney who has become embroiled in two multimillion-dollar insurance fraud cases months after he found his wife and son dead in their home.

The judge said Alex Murdaugh's considerable financial resources and mental instability appear for now to make it too risky to allow him to await trial outside of jail on charges he stole $3.4 million in insurance money meant for the sons of his housekeeper.

The ruling means weeks, if not months in jail for the 53-year-old man who inherited part of a legal empire in tiny Hampton County, South Carolina. Murdaugh’s father, grandfather and great-grandfather were all elected prosecutors. The family’s law firm, located in the most impressive building in town after the courthouse, has spent a century winning multimillion-dollar verdicts.

Still unsolved is what started the legal problems and at least six state investigations into Murdaugh and his family back in June: the deaths of his wife and son, who were found shot multiple times outside their home.

Defense attorneys asked Circuit Judge Clifton Newman to release Murdaugh on his own recognizance, as a different judge had in September on charges that he tried to arrange his own death to obtain a $10 million insurance policy. Prosecutors asked for a $200,000 bond and GPS monitoring for the latest charges, obtaining property by false pretenses.

“I’m not satisfied as to his mental condition,” Newman said, adding that he needed more information. He said he would reconsider his decision after receiving it.

One of Murdaugh's attorneys, Dick Harpootlian, said after the hearing that therapists at the drug rehab centers in Georgia and Florida where Murdaugh spent the past six weeks will send their records to a local psychiatrist, who will prepare a report for the judge, hopefully within a week.

“We understand the judge’s concerns about Alex’s mental condition. We’re more than happy to comply with his request,” Harpootlian said, adding of Murdaugh, “He seemed much more clearheaded today than I’ve ever seen him.”

Harpootlian and Murdaugh's other attorney, Jim Griffin have said he is dealing with crushing grief and guilt after finding his wife and son's bodies. Murdaugh has adamantly denied having anything to do with their deaths and no one has been charged.

The latest charges against Murdaugh involve insurance payments that were supposed to go to the sons of his longtime housekeeper Gloria Satterfield, who died in 2018 a few weeks after falling at the family’s home, investigators said.

No autopsy was performed, and a coroner said her death was improperly described as “natural” on her death certificate. State police said Tuesday in court that they are still investigating the circumstances of her death. Murdaugh denies having anything to do with her death, Harpootlian said after the hearing.

Murdaugh told Satterfield’s sons he would help them get insurance settlements for her death, recommending they hire attorney Cory Fleming without telling them Fleming was a family friend, according to a lawsuit filed by the sons.

Murdaugh negotiated more than $4 million in payments, then had the checks — minus fees and attorney payments — sent to a fraudulent bank account, investigators said.

A lawyer for the sons said they haven’t seen any money from the settlements.

“He stole. He is a liar and a cheat,” attorney Eric Bland told the judge Tuesday.

Harpootlian and Griffin said Murdaugh needs more treatment for an opioid addiction that has lasted for more than a decade.

“He’s not going to run,” Harpootlian said. “That’s not where he is now."

Griffin argued that “the Alex Murdaugh who is not hooked on drugs has lived a good, fruitful life — a law-abiding life.”

"Only when he got hooked on opioids did things turn south and he truly regrets his conduct,” Griffin said.

Murdaugh has been in jail since his arrest Thursday at a drug rehab center near Orlando, Florida.

The housekeeper's insurance isn't the only six-figure case being investigated by state police. Murdaugh's former law firm — founded by his great-grandfather a century ago — has accused him of stealing possibly millions of dollars.

Prosecutors hinted at Tuesday's hearing that Murdaugh has turned over all his affairs to his surviving son and in recent weeks sold a boat and property in Beaufort County in what they said might be an attempt to hide money from at least three ongoing lawsuits.

Each charge of obtaining property by false pretenses carries a sentence of up to 10 years. The three felony charges from the botched attempt to arrange his own death could bring up to 20 years in prison if he's convicted.

Murdaugh continues to insist he had nothing to do with the June deaths of his wife, Maggie, 52, and their son Paul, 22. Murdaugh said he returned to their rural Colleton County home to find them shot to death. Tight-lipped state police have neither named any suspects nor ruled anyone out.

In addition to all of the other cases, state police are looking into whether Murdaugh has connections to a 2015 hit-and-run death and whether he or other family members tried to obstruct the investigation into a boat crash involving Paul Murdaugh that killed a 19-year-old woman in 2019. Murdaugh also denies any wrongdoing in these cases, Harpootlian said Tuesday.

The Murdaugh family has dominated the legal community in Hampton County for nearly the past century. Murdaugh's father, grandfather and great-grandfather were elected prosecutors and their prestigious law firm became known for suing railroads.

This story has been edited to correct the housekeeper's name to Gloria and that she died in 2018.