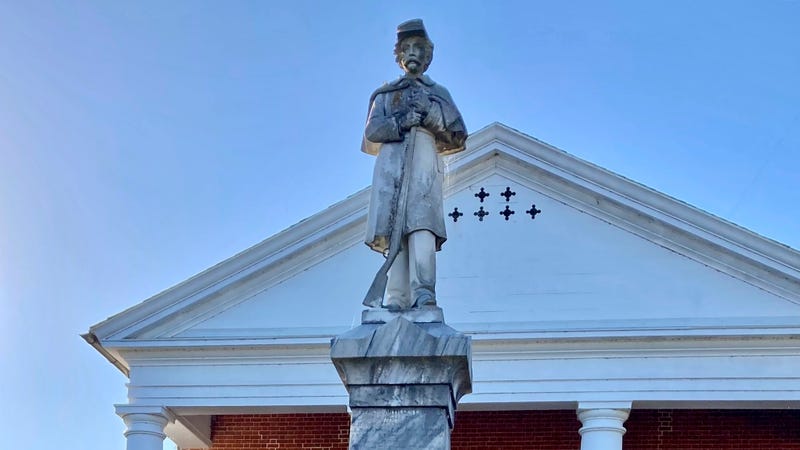 BLACKSTONE, Va. (AP) — Civil War history casts a long shadow in Virginia, the birthplace of Confederate generals, scene of their surrender and now a crossroad of controversy over renaming military bases that honor rebel leaders.

In and around Blackstone, about 50 miles (80 kilometers) southwest of Richmond, that shadow can stir passions when talk turns to nearby Fort Pickett. Some are troubled by Congress requiring the Pickett name be dropped as part of a wider scrubbing of military base names that commemorate the Confederacy or honor officers who fought for it. In all, the names of at least nine Army bases in six states will be changed.

Others here say it's high time to drop the names.

“Change them!” says Nathaniel Miller, a Black member of the town council who was stationed at Pickett after he returned from Vietnam in 1973. “It should have happened a long time ago," he says, because the names are a reminder of slavery and a period in American history when Black people had no voice.

Fort Pickett’s namesake is Maj. Gen. George E. Pickett, best remembered for a failed Confederate assault at Gettysburg that became known as Pickett’s Charge. He was a Virginia native and a West Point graduate who resigned his U.S. Army officer commission shortly after the outbreak of the Civil War in 1861.

The push to rename Fort Pickett and other bases is part of a national reckoning with centuries of racial injustice, triggered most recently by the May 2020 police killing of George Floyd in Minneapolis. For years, the military defended the naming of bases after Confederate officers; as recently as 2015 the Army argued that the names did not honor the rebel cause but were a gesture of reconciliation with the South.

Congress easily agreed last year to compel the name changes to remove what are seen by many as emblems of human bondage and Black oppression.

Reflecting a shift in the military's thinking, Army Gen. Mark Milley, chairman of the Joint Chiefs of Staff, has spoken forcefully about a legacy of Black pain reflected in Confederate names at Army bases where today at least 20% of soldiers are Black. He said those names can be reminders to Black soldiers that the rebel officers fought for an institution that may have enslaved their ancestors.

Milley told a House committee in June 2020 the Confederacy doesn't deserve to be commemorated in this way.

No one around Blackstone seems to know why the government picked the Pickett name in the first place. The 1942 dedication ceremony for what originally was called Camp Pickett, attended by the general's descendants, was held on July 3 to coincide with the 79th anniversary of his Gettysburg charge. An Associated Press account of the ceremony quoted Virginia Gov. Colgate Darden saying the story of Pickett’s Charge “will live forever as an epic of superb courage” that made him a Virginia “immortal.”

Some folks, like Greg Eanes, an Air Force veteran who grew up in the nearby town of Crewe, see removing the Pickett name as disrespecting the rebels and their descendants.

“In my opinion, it is nothing less than cultural genocide, albeit with a velvet glove,” Eanes says, standing beside a still-visible Confederate trench on a battlefield in an adjacent county. “The South has a unique history. Many of its people have ancestors and family members who were in the Confederate armies. It would be wrong, in my opinion, to dismiss — just arbitrarily dismiss — their concerns.”

Still, stripping Fort Pickett of its Confederate connection is hardly a hot topic around here.