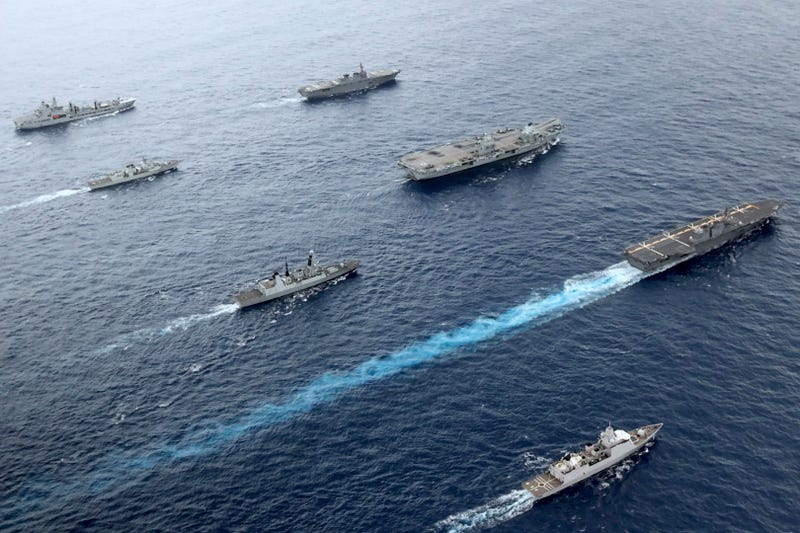 BANGKOK (AP) — With increasingly strong talk in support of Taiwan, a new deal to supply Australia with nuclear submarines, and the launch of a European strategy for greater engagement in the Indo-Pacific, the U.S. and its allies are becoming more assertive in their approach toward a rising China.

China has bristled at the moves, and the growing tensions between Beijing and Washington prompted U.N. Secretary-General Antonio Guterres on the weekend to implore U.S. President Joe Biden and Chinese leader Xi Jinping to repair their “completely dysfunctional” relationship, warning they risk dividing the world.

As the U.N. General Assembly opened Tuesday, both leaders chose calming language, with Biden insisting “we are not seeking a new Cold War or a world divided into rigid blocs,” and Xi telling the forum that “China has never, and will never invade or bully others or seek hegemony.”

But the underlying issues have not changed, with China building up its military outposts as it presses its maritime claims over critical sea lanes, and the U.S. and its allies growing louder in their support of Taiwan, which China claims as part of its territory, and deepening military cooperation in the Indo-Pacific.

On Thursday, China sent 24 fighter jets toward Taiwan in a large display of force after the island announced its intention to join a Pacific trade group, the Comprehensive and Progressive Agreement for Trans-Pacific Partnership, that China has also applied to join.

On Friday, Biden hosts the leaders of Japan, India and Australia for an in-person Quadrilateral Security Dialogue for broad talks including the COVID-19 pandemic and climate change, but also how to keep the Indo-Pacific, a vast region spanning from India to Australia, “free and open," according to the White House.

It comes a week after the dramatic announcement that Australia would be dropping a contract for conventional French submarines in favor of an Anglo-American offer for nuclear-powered vessels, a bombshell that overshadowed the unveiling of the European Union’s strategy to boost political and defense ties in the Indo-Pacific.

“One thing is certain, that everyone is pivoting toward the Indo-Pacific,” said Garima Mohan, an Asia program fellow with the German Marshall Fund think tank.

As partners pursue moves that play to their own strengths and needs, however, the past week has underscored the lack of coordination as a networked security strategy develops, she said.

“Not everyone has the same threat assessment of China,” she said in a telephone interview from Berlin.

The EU policy emphasizes the need for dialogue with Beijing, to encourage “China to