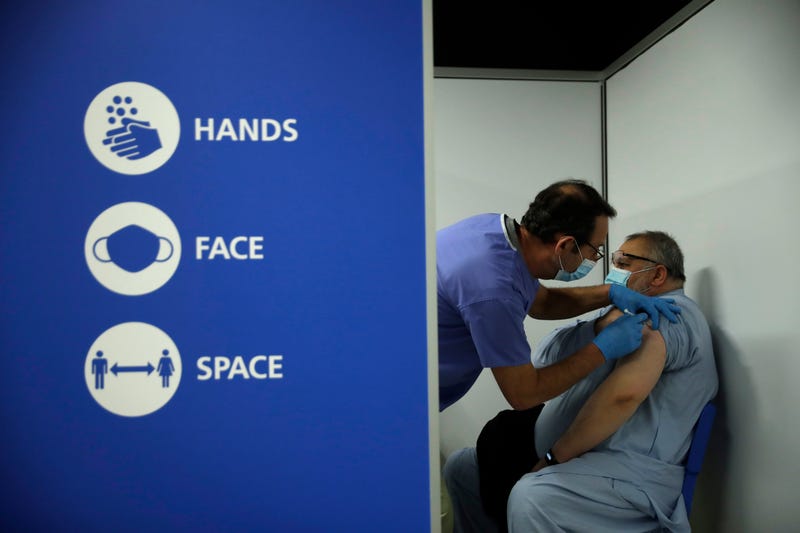 LONDON (AP) — Britons are encouraged these days — though in most cases not required — to wear face coverings in crowded indoor spaces. But Prime Minister Boris Johnson regularly appears in the packed, poorly ventilated House of Commons cheek-by-jowl with other maskless Conservative lawmakers.

For critics, that image encapsulates the flaw in the government's strategy, which has abandoned most pandemic restrictions and is banking on voluntary restraint and a high vaccination rate to curb the spread of the coronavirus.

As winter approaches, bringing the threat of a new COVID-19 surge, Britain's light touch is setting it apart from more cautious nations.

“The story of this government in the pandemic is too little, too late,” said Layla Moran, an opposition Liberal Democrat lawmaker who heads the All-Party Parliamentary Group on Coronavirus.

She said some U.K. hospitals are already seeing the number of virus patients in intensive care units that they would normally expect in the depths of winter, though overall daily hospital admissions are running at about a fifth of January's peak.

And while cases soared when restrictions were lifted this summer, deaths didn't follow at anywhere near the same pace. But the winter months, when respiratory diseases are usually at their highest, could bring an added challenge.

"Unless the government starts to do something differently, I don’t think we’re going to be able to avert the worst this winter,” Moran said.

The government argues that its plan is working so far — and it can change course if needed.

Britain has recorded more than 135,000 coronavirus deaths, the highest toll in Europe after Russia and about the same number per capita as the United States. Yet it also has organized a successful inoculation campaign that has seen 65% of the whole population fully vaccinated.

That relatively high rate led Johnson's government to decide in July that it was safe to scrap restrictions on business activity and daily life: no more social distancing, limits on gatherings or masks required anywhere in England. Businesses can impose their own measures, but otherwise Johnson has encouraged people to “be sensible.”

In contrast to many other European nations — even some with higher inoculation rates than the U.K. — proof of vaccination is not required in England to eat in restaurants, attend mass events or enter crowded venues such as nightclubs. Scotland, which is part of the U.K. but sets its own health rules, is being more cautious, introducing vaccine passports for nightclubs and keeping mandatory masks indoors.

Pupils and teachers in England's schools don't have to wear face coverings, despite the objections of unions and public health officials — a contrast to European countries including France, Italy and Spain that have kept mask requirements for schools.

While the U.S. has made vaccinations compulsory for millions of workers, Johnson’s government requires proof of inoculation only for nursing home staff, and is considering it for health care workers.

Once the U.K. had some of Europe's strictest international travel rules, but it's easing quarantine and testing restrictions for many visitors starting next month.

The U.K. has often gone its own way during the pandemic. Health authorities gambled on a gap of two to three months between doses, rather than the three to four weeks recommended by vaccine makers, in order to speed the rollout. That paid off, with studies since suggesting the longer gap is at least as effective, and possibly more so.

Britain diverged from its peers again on the question of vaccinating kids. When the U.S., Canada and much of the European Union extended inoculations to children between 12 and 15, the U.K. held off, saying the health benefit to kids was marginal. Then Britain decided to vaccinate that age group after all — but initially with a single dose, rather than the usual two.

Britain has also gone further than most nations in giving vaccine booster shots, offering a third dose to everyone over 50. That puts it at odds with the World Health Organization, which has strongly objected to rich nations giving a third round of shots when poor countries don’t have enough vaccines for their first. In the U.S., authorities endorsed booster shots for millions of older or otherwise vulnerable Americans.

Johnson’s government is counting on vaccines to do the heavy lifting against the virus, supplemented by voluntary “common sense” behavior.

But after an exceptionally long and strict lockdown earlier this year, it's not clear Britons will freely choose any virus-prevention measures they're not forced to take. When restrictions were initially lifted, just under two-thirds of people said they planned to keep wearing masks in shops and on public transport. Now the number of people wearing coverings has declined sharply on the London Underground, which requires but barely enforces mask use.

Critics say the government has failed to learn from experience and seems to be fueled by optimism rather than evidence.

Stephen Reicher, a University of St. Andrews psychology professor who helps advise the government, recalled that a year ago, Johnson's team was slow to act when scien