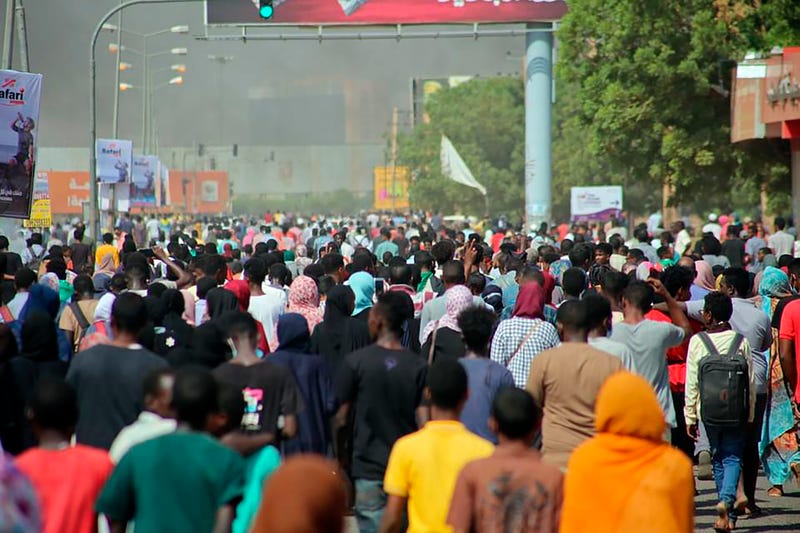 Security forces opened fire on some of them, and three protesters were killed, according to the Sudan Doctors’ Committee, which also said 80 people were wounded.

The takeover, which drew condemnation from the United Nations, the United States and the European Union, comes more than two years after protesters forced the ouster of longtime autocrat Omar al-Bashir and just weeks before the military was supposed to hand the leadership of the council that runs the country over to civilians.

After the early morning arrests of Prime Minister Abdalla Hamdok and other senior officials, thousands demonstrated in the streets of the capital, Khartoum, and its twin city of Omdurman. They blocked streets and set fire to tires as security forces used tear gas to disperse them.

As plumes of smoke rose, protesters could be heard chanting, “The people are stronger, stronger!” and “Retreat is not an option!” Social media video showed crowds crossing bridges over the Nile to the center of the capital. The U.S. Embassy warned that troops were blocking parts of the city and urged the military “to immediately cease violence.”

Records from a Khartoum hospital obtained by The Asso