Saturday afternoon at long last brought about a moment Capitals fans had been kept from for the past three years: a chance to unleash the fury to capacity during a home playoff game.

It was that electric energy, of 18,573 screaming fans no longer deprived by the pandemic, that helped propel the Caps to victory – a 6-1 drubbing – over the visiting Florida Panthers to take a 2-1 series lead, says Caps analyst Craig Laughlin. Even after Jonathan Huberdeau notched the first goal of the game for the Panthers minutes into the first period, Caps fans were in it till the end.

"As far as the fans go, this is the first year in three I think this feels more like we're in the Stanley Cup Playoffs," Laughlin told The Sports Junkies Monday morning. "The last couple didn't feel that way with no fans in the building, all the things, the shortened season. This is what the fans have been craving."

"There's nothing better — as you guys know, as I always tell ya — [than] playoff hockey," he continued. "The way everything's amped up, the way the players play, it's a totally different game and I think the fans just love and cherish the opportunity to rock the red. I mean, 18,000-plus."

"It was unbelievable in Florida, too, fellas," he said. "I mean for Florida, that has been coming up and moving up in the rankings and moving up in how they play in the standings and Presidents' Trophy winners — there was 19,006 both nights down in Florida. It's playoff hockey, guys, and you can't help but walk into that rink and get amped up. 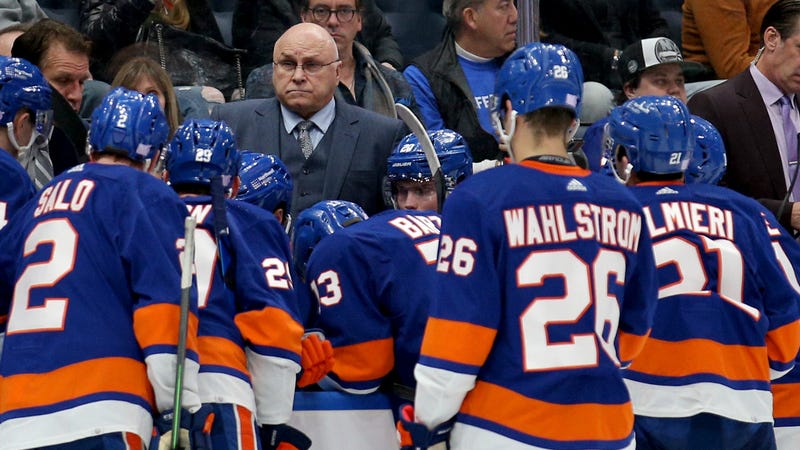 "I mean the concourses were packed with people, the seats were packed, but it was the energy I think that players, to be perfectly honest with you, they feed off of that. And after even they got down one goal, I just think the energy in the building propelled them in a large part to that win. You just feel better on the ice, guys. Your legs are better, your hands are better. You just feel like you've got, you know, you're in a rink with 18,000-plus friends and, to me, that propelled the Caps the other night."

The Caps return to Capital One Arena to host the Panthers for Game 4 Monday at 7 p.m. You can listen to John Walton on the hometown radio call right here on 106.7 The Fan.