When you wear as many hats (or in his case pretty much all the hats) as New England Patriots coach/GM Bill Belichick, you obviously invite plenty of scrutiny and criticism. His style is as controlling, risky and unique as it gets in the NFL. And his latest strategic concoction, if you will, of not naming an offensive or defensive coordinator is, for lack of better phrasing, quintessentially Belichick-ian. Bill does things his way and everyone knows that. He runs the show. His is the final word. The Patriot Way is, at least these days, The Belichick Way.

Some respected football voices, like Pro Football Talk’s Mike Florio, have offered theories as to why Belichick might not be willing to name an OC or DC. Others, like ESPN’s Dan Orlovsky, have voiced concern over what this unusual coaching alignment might do for the development of second-year QB Mac Jones. And then there are those who flat-out think what Belichick is doing is ridiculous, using their national pulpit to voice that quite loudly.

Count Colin Cowherd of Fox Sports as not being a fan of what Belichick is doing with the Patriots of late, specifically the offense. The radio host and TV talking head proclaims that for years he loved the Pats for being “ahead of the league on stuff” and that now he believes they’ve “fallen in love with themselves and their culture”.

He goes on to add, “I don’t understand what they’re doing”. He goes on to criticize the receiving corps as the weakest in the league next to Green Bay (should make for an interesting matchup Week 4!), says that Mac Jones can’t make plays off script and that the way the Pats can win is by becoming, “A 1979 NFL team”, with long ball control drives. “They’re gonna struggle to play from behind.”

New England is doubling down on culture...

"Remember when I used to love the Patriots? They were ahead of the league on stuff... They're not viable anymore." — @ColinCowherd pic.twitter.com/Ubn6nIeIlA

“You just can’t build a football team this way.” Or can you? And who do you think wants nothing more than to do exactly that and prove everyone wrong? Including the Colin Cowherds of the world. Whether you believe it progressive or obstinate, there’s no denying that the way Bill Belichick is going about roster and team building business is...different. It’s got sink or swim written all over it.

One thing it seems everyone, including the national analysts and doubters, can agree on is that this Patriots offseason is one of the most polarizing to date. And yes, that includes the offseason where the franchise let Tom Brady leave, because pretty much everyone agreed that wasn’t the best idea, but it is what it is.

Piling on Belichick is easy now, because there’s no more Brady, and the Pats haven’t won a playoff game in three years, all while the rest of the league loads up ad turbocharges their rosters more traditionally. But when have the Patriots ever done anything traditionally?

Should the Patriots succeed, Belichick will be labeled a genius once again. Should the Patriots falter, the criticisms of Bill’s unusual GM work will come under heavy fire, with many of these early critics taking victory laps and shouting, “I told you so!” Whether you believe in it, hate it or can’t wait to see which way it goes, one thing’s for sure: it’s getting plenty of attention. But that’s nothing new for Belichick and the Pats.

Let’s just make sure we’re keeping receipts for when it all comes to pass, or run, this fall.

For the latest Patriots news, analysis and insight be sure to listen to 93.7 FM WEEI and WEEI.com. And be sure to subscribe to 6 RINGS & FOOTBALL THINGS, available via the Audacy app and wherever you get your podcasts. 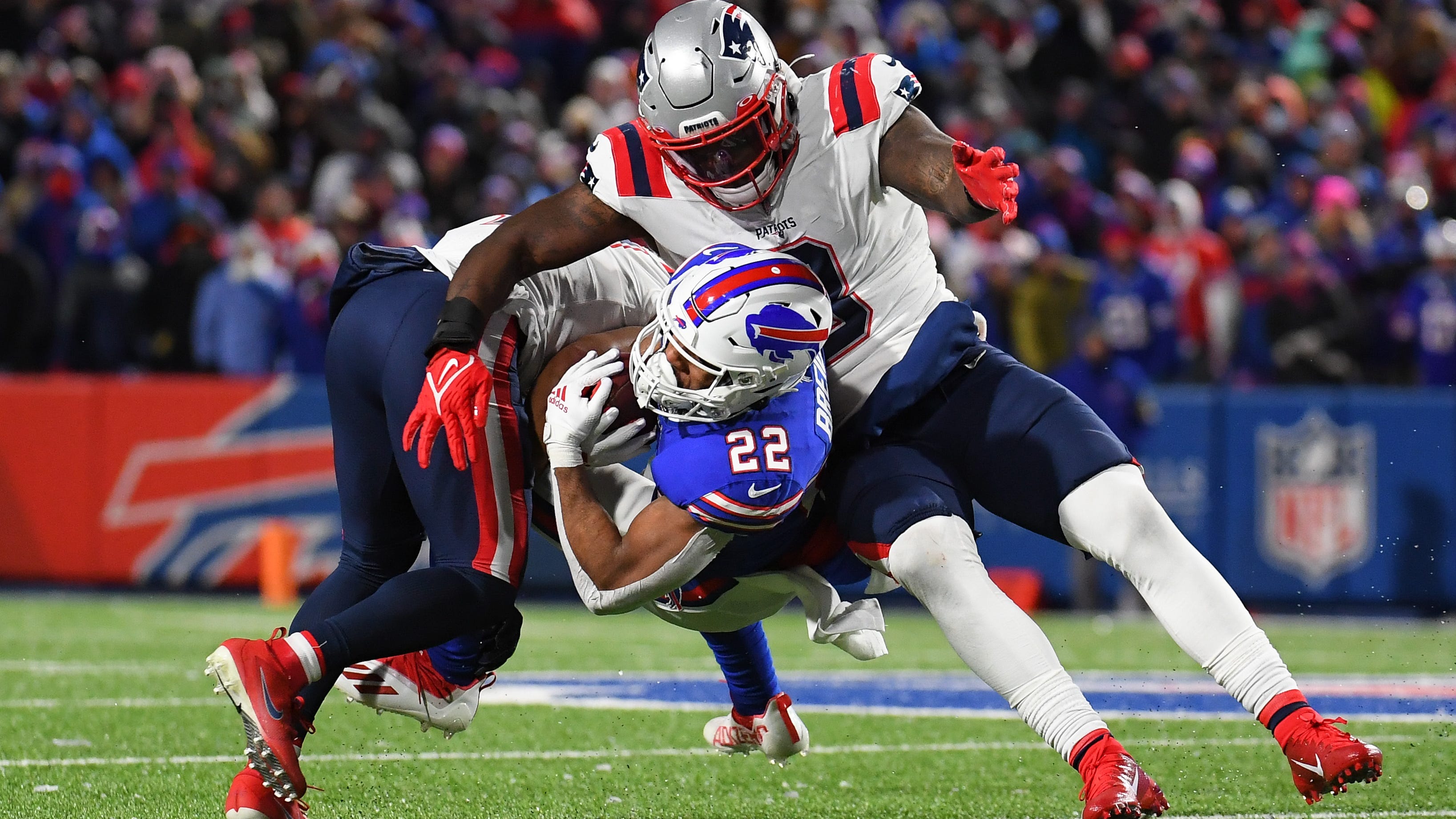 Are the Patriots telling us something by not investing more at linebacker?