The Chicago Bears are off to a 2-1 start, but it hasn’t been pretty.

Second-year quarterback Justin Fields hasn’t shown a lot of confidence on or off the field. He has thrown the ball just 45 times, completing just barely over half of those passes (23) for only 297 yards through three games. That's a number that you’d want to see out of a quarterback in a single game, not in the first month of the season.

Fields and the Bears have a road game against the Giants coming up on Sunday. It’s expected to be a close game between two overperforming 2-1 teams.

David Haugh and Dan Wiederer of the Audacy Original Podcast “Take The North” discussed Fields’ slow start and if the coaching staff should give him an opportunity for some feel-good plays.

“Do the Bears have a responsibility as a coaching staff to manufacture some feel good for Justin? And I ask that because we’re coming on the four-year anniversary of Mitch Trubisky throwing his six-touchdown game against the Buccaneers,” Wiederer said (7:18 in player above). “And some of that was calculated by Matt Nagy and his staff, understanding they were playing a feeble defense, first of all, in the Buccaneers, but also understanding that hey, if we can have Mitch walk out of this stadium tonight feeling on top of the world, how much of a difference will this make going into the next stretch of football games? So I’m curious if the Bears have a bit of a responsibility – say it’s first-and-goal at the five and you know you can pound it in with Khalil Herbert and get in the end zone, but you also know that it might be a big psychological boost to Justin to put a touchdown pass on his resume. Do you have to consider that?”

Fields has two touchdown passes this season – both in Week 1 – and had nine in his 10 starts last season. He ran for a touchdown in Green Bay, but threw for just 70 yards, and only had 106 yards on 8-for-17 passing last week.

Getting another touchdown pass under his belt would certainly help his confidence.

“On first down, yes. On second down, maybe. On third down, no. I think everything is conditional,” Haugh said, emphasizing that you're always going to place winning ahead of everything – even player development. “You will have to prioritize winning over developing, you got 52 guys to worry about, but in the context of every game there are opportunities to make players develop. That’s part of player development – yeah, to feel good, to build their confidence. You’re always trying to build their confidence. Hey, Mooney’s frustrated, let’s give him a side screen and see what he can do with it on first down and see if he can get us seven. That’s the kind of thing that if you’re in the red zone, absolutely you give Justin Fields the opportunity to roll out, bootleg, hit the tight end and then celebrate a touchdown pass by spiking it or throwing it into the end zone Roquan Smith-style. Yeah, you do have an obligation to.”

However, it’s a fine line that the coaching staff has to walk. They can’t get greedy and ask for too much like they did with Trubisky in the 2019 season.

“The following year the Bears tried a similar thing with Mitch Trubisky against (Washington),” Wiederer said. “They went into Monday Night there and Mitch threw three touchdown passes in the first half to Taylor Gabriel and they were trying to get him a fourth and maybe a fifth in the second half. He ended up throwing an interception down near the goal line and then he missed a wide open Anthony Miller – never saw him – on a play that would’ve given him another touchdown.”

“It was very frustrating for that previous coaching staff because they knew they were at a pivot point in a very important season in 2019 where they were trying to get something to get Mitch out of the mental funk that he had been in since the middle of training camp and they tried, and they tried, and they tried, and they failed. And the rest of the year went the way the rest of that year went,” Wiederer continued. “So it can backfire on you, too, when you do those things. It’s just going to be really interesting to see how they kind of handle this with Justin because I don’t think that he or Chicago or the building can really take many more weeks where he gets up in that chair and doesn’t look like he is feeling like he wants to be there.”

This week’s game in New York is the start of four road games in five weeks for the Bears. Getting Fields some confidence and a win for the team could go a long way. 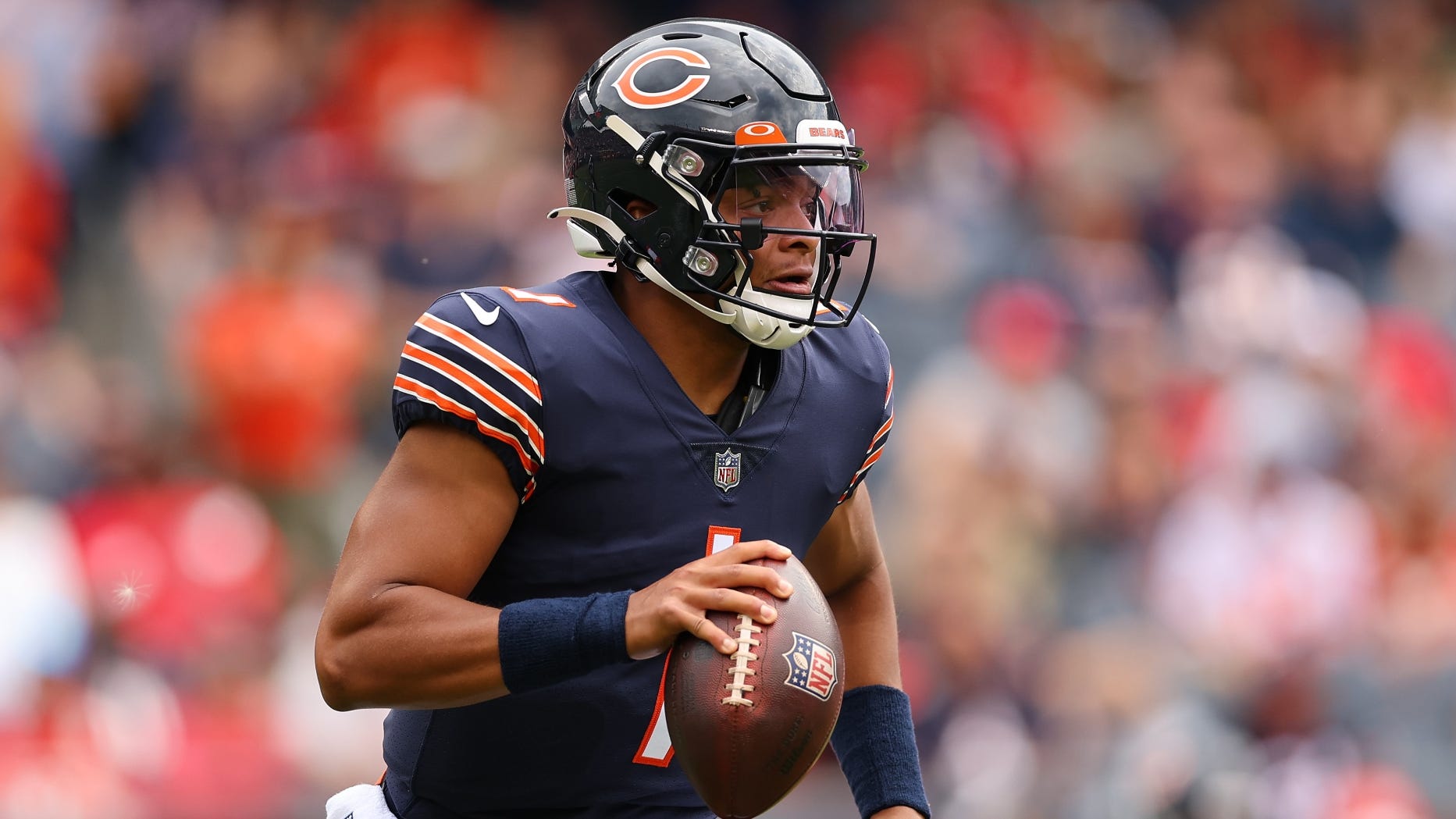