Despite being 1-3 and down to their third-string quarterback due to injuries, the Patriots should still have a chance to have some success over the next month and a half.

Their next six games are against the Lions, Browns, Bears, Jets, Colts and Jets again. While the Browns, Bears and Jets are each 2-2, all five teams have major question marks, and none of them have anything close to an elite quarterback.

No one is going to confuse any of the Patriots’ quarterbacks for elite, either, but Bailey Zappe’s play in relief of Brian Hoyer on Sunday offered some hope that they can at least compete with and beat the teams they have coming up. Zappe completed 10 of 15 pass attempts for 99 yards, a touchdown, no interceptions and a 107.4 rating while helping the Patriots take Aaron Rodgers and the Packers to overtime before ultimately losing.

Making his weekly appearance on The Greg Hill Show, CBS analyst and WFAN host Boomer Esiason said he could even see a Zappe-led Patriots team reeling off five straight wins.

“I do look at their next five opponents, and they can beat each of these five opponents with Bailey Zappe as quarterback,” Esiason said. “Because I do believe that they can run the ball. They play really solid defense. They scored on defense yesterday. You’re talking about Detroit, Cleveland, Chicago, the Jets and the Colts, and each of those teams has their own sets of issues.

“The interesting thing when they play Detroit next Sunday, is they’ll be playing the worst defense in the NFL. I mean, they gave up 48 points yesterday to Geno Smith and the Seattle Seahawks. I would think Bailey Zappe is going to be under center until Mac Jones comes back.”

That said, Esiason isn’t ready to entertain the idea of a quarterback controversy, at least not yet.

“No, not at the moment. No, stop,” Esiason said. “This isn’t Cooper Rush and Dak Prescott, I might add. … This is not a quarterback controversy whatsoever. At least in my mind it’s not. It’s Mac Jones’ team. I just hope that Mac makes sure he comes back 100 percent. I would advise him, do not come back at 75 or 80 percent and think that you need to be a hero for your team.

“Bailey Zappe will do well, and you have a Hall of Fame coach who will devise a game plan in all three phases and will support the young quarterback and hopefully win a couple games against these teams that all have their own sets of issues.” 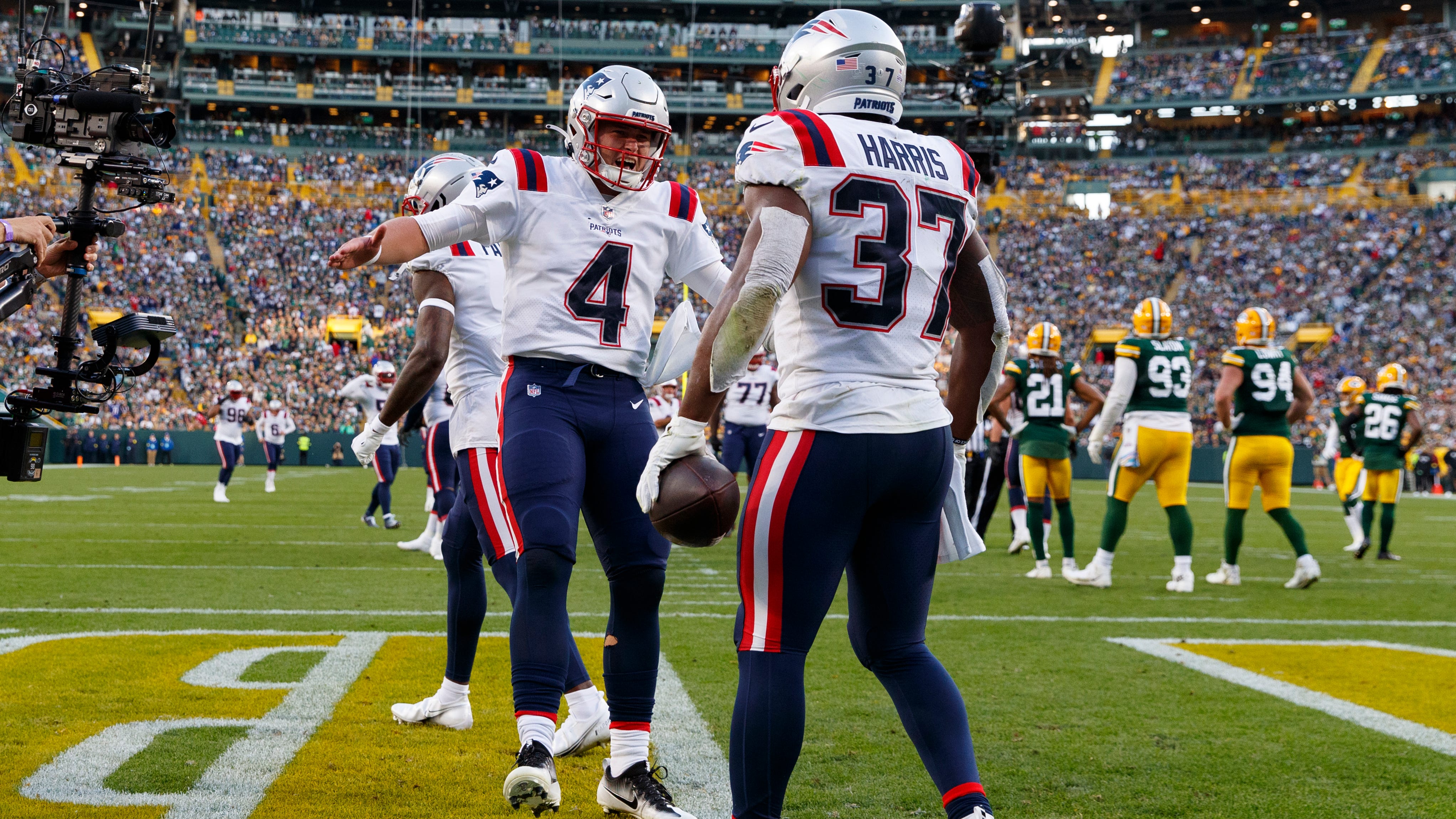