Tua Tagovailoa didn't last two quarters in his apparently premature return from a concussion in Week 3.

The Dolphins quarterback appeared to suffer his second concussion in four days on Thursday Night Football against the Bengals in Cincinnati, on a hard sack-slam by Bengals defensive lineman Josh Tupou.

The Dolphins said Tua suffered a head and neck injury, and left Paycor Stadium in an ambulance, according to Amazon Prime sideline reporter Kaylee Hartung. In a tweet, the team said he was conscious and had movement in all extremities.

Tua Tagovailoa has been taken to a local hospital for further evaluation. He is conscious and has movement in all his extremities.

On the play, the former Alabama star's head snapped back with force on the field's artificial surface. His arms and hands immediately went tense, apparently in the so-called fencing position that often signifies head injury.

Tagovailoa was stabilized and stretchered off the field. Very scary sight. pic.twitter.com/ks52j4Cs2P

Tua's teammates huddled around him, many of them bowed in prayer, while he was carted off the field on a stretcher. Bengals fans chanted "Tu-a" while he was leaving the field.

Very classy of the Bengals crowd to chant Tua’s name as he’s carted off the field and taken to the hospital. pic.twitter.com/9ew1tWoyUp

The play was reminiscent of the one that briefly knocked Tua out of Sunday's game against the Bills in Miami. After that play, he stumbled to his feet and nearly collapsed before being held up by teammates. He briefly exited for examination in the locker room before apparently being cleared to return.

Full replay of the Tua (possible) concussion play. He got hit by Matt Milano and hit the turf with his head. pic.twitter.com/29dqNyJ45L

The NFLPA said it was planning to initiate an investigation of Tua's injury in the Buffalo game. The NFL said it was confident the concussion protocol had been handled properly. The third-year pro was questionable with back and ankle injuries heading into Thursday's game, but the injury report made no mention of a head injury. 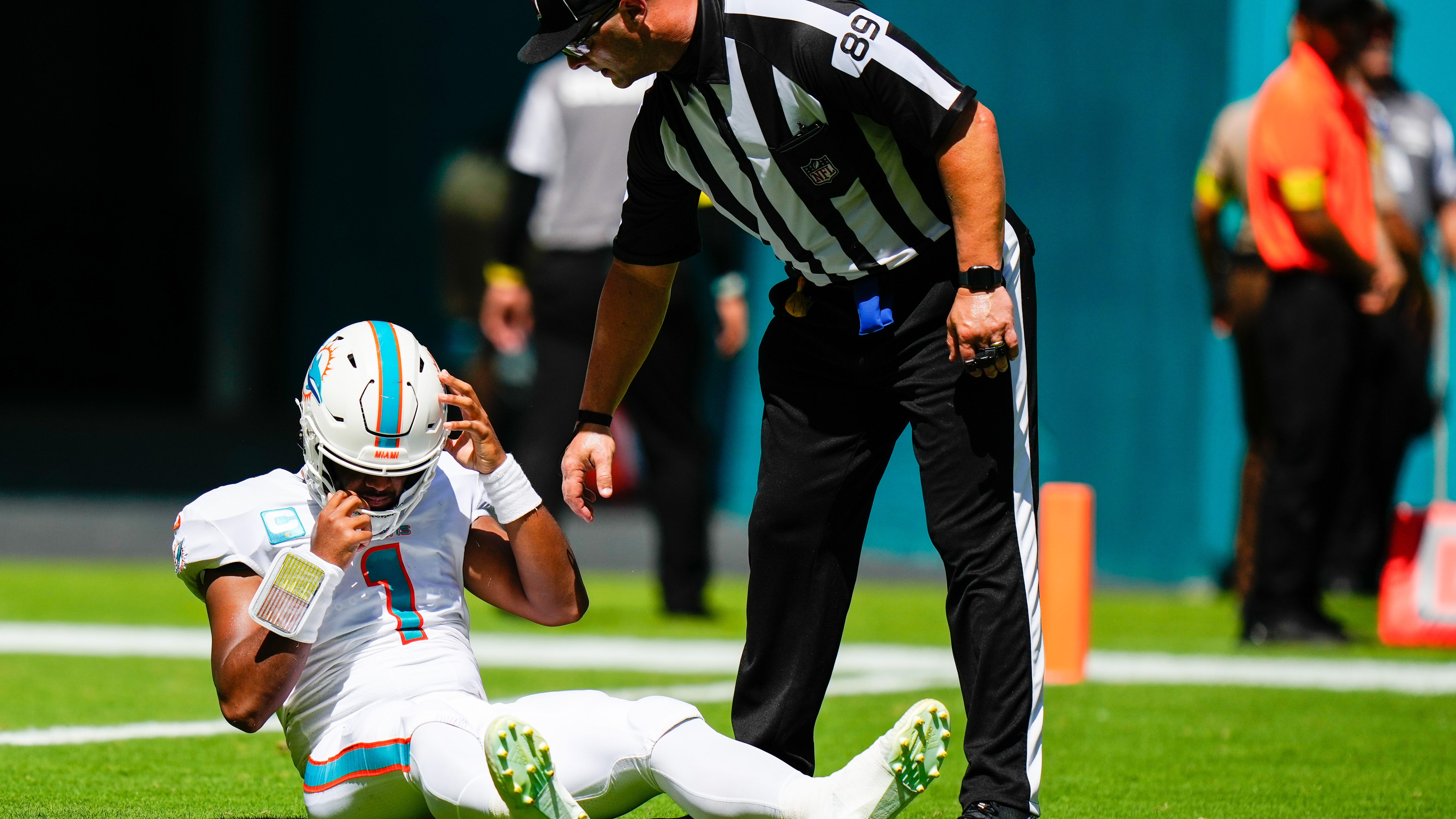