Elite inside linebacker Roquan Smith has requested a trade from the Bears and the Commanders should go and get him, Grant Paulsen says.

Smith, 25, is one of the top inside linebackers in the game, which happens to be one of the biggest positions of need which the Commanders kind of but didn't really address in the offseason.

A first-round pick out of Georgia in 2018, Smith started all 17 games last season and racked up 163 tackles with three sacks, an interception and a defensive touchdown. Smith has 14 career sacks and five interceptions and was second team All-Pro in each of the last two seasons.

"They should absolutely be trying to trade for Roquan Smith," Paulsen said Tuesday on 106.7 The Fan. "Roquan Smith, the Bears linebacker, said in a written statement that he has requested a trade after his negotiations for a new contract with Chicago reached an impasse.

"Anybody know a team that needs an inside linebacker? Who can go sideline to sideline and get people on the ground? Third in the league in tackles over the length of his career, and I think he's just an impact defender who can get to the QB." 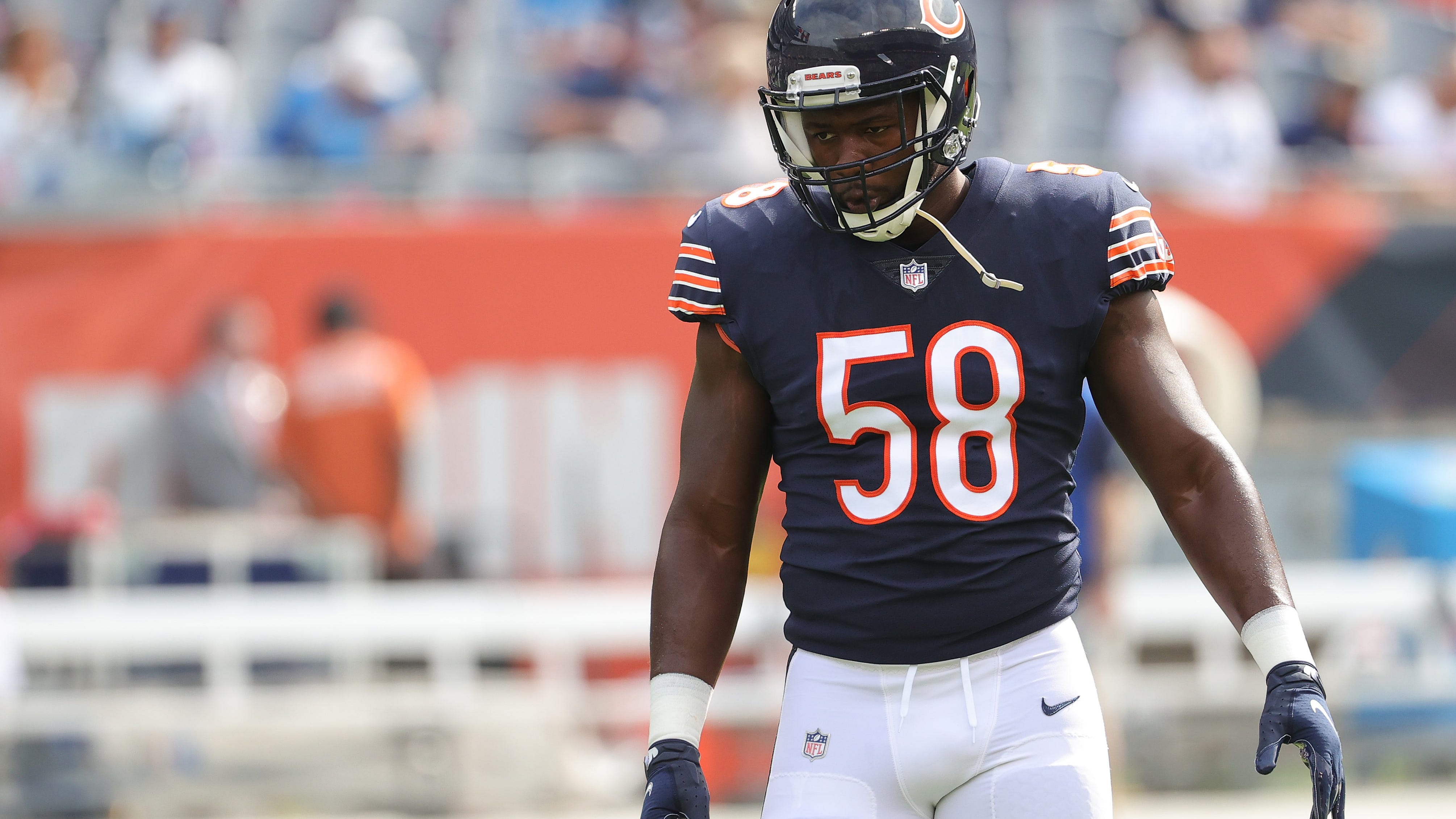 "So the Bears have to want to trade him," Paulsen continued. "They may just tell him, 'Tough cookies. Show up. You're working for us.' And he doesn't have a choice. But, why wouldn't you swoop in if you're Washington? Remember when you were saying, 'We'll get you a linebacker. Don't worry, Coach.' Remember when you guys were saying that, Martys? Don't worry. Linebacker's coming. Linebacker's coming. We'll get you a linebacker. And then signed Nathan Gerry? I think that's who it was, right? That's his name. Gerry Nathan? Maybe it's Gerry Nathan. I'm kidding. Nate Gerry, they signed. No, no, no, no, no. Roquan Smith."

Paulsen isn't usually the type to jump all over trade hypotheticals. But this one is different, he says.

"I'm not the guy. I don't do this bit," Paulsen said. "Everyone on talk radio loves to do the 'star player is available, let's all pretend like he's about to be a Commander and talk about how they should acquire him.' I don't do that move. That's not what I normally do."

"In this case, this makes a lot of sense," he said. "He's unhappy, you have some money. This is the type of guy at his age, with his upside and his future, I think you could bring in to be the alpha, the leader of your defense, and he could set you up for years to come to have a lot of success in your linebacking corps. 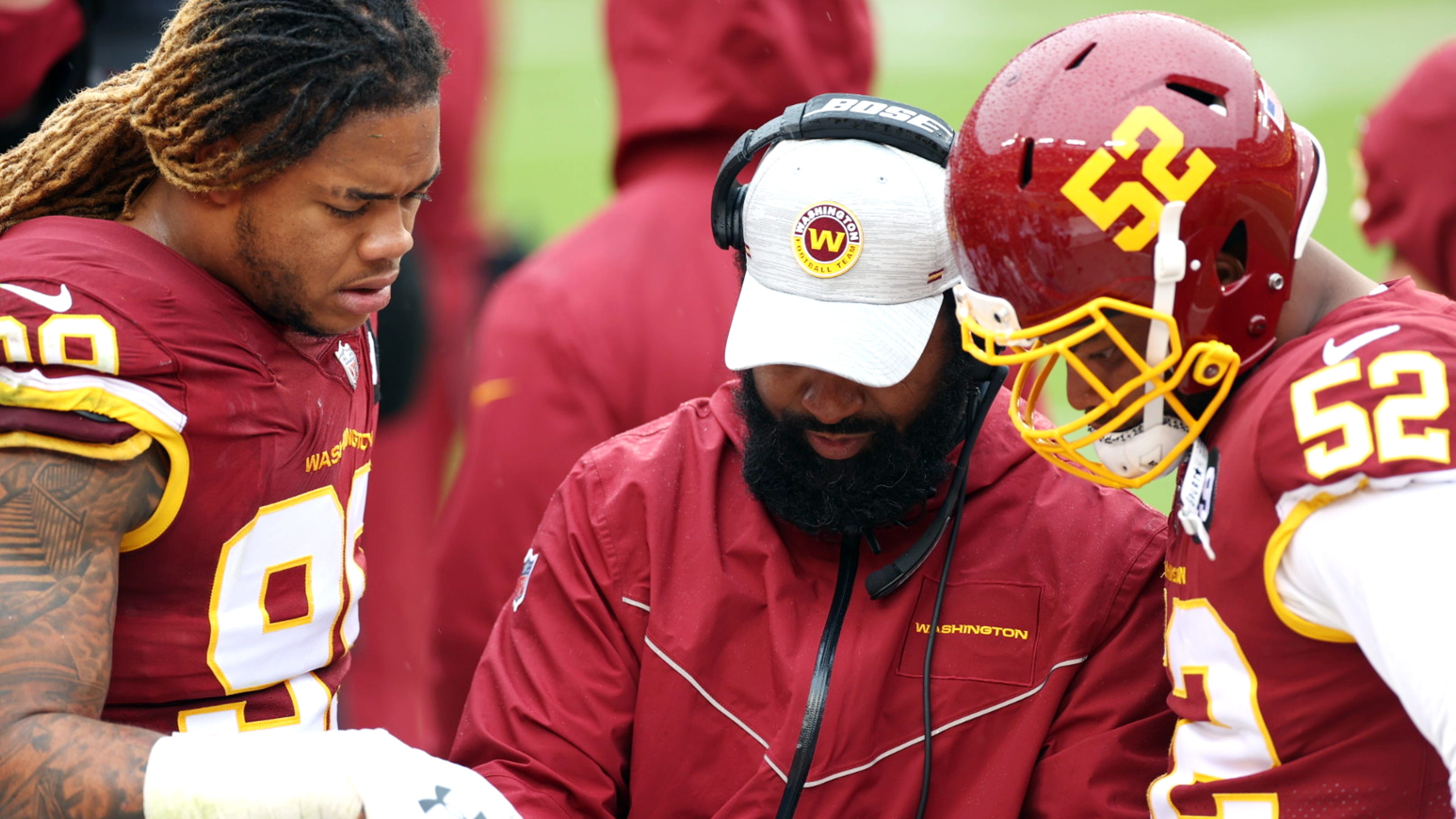 "So, I would like to think they have already picked up the phone and called the Bears," he continued. "And guess what? If they tell you, 'We're not trading him. Leave us alone. Lose our number.' Fine. Then you made the call. But they should have already made the call, and if they haven't, they need to do that.

"Roquan Smith to me is not just a good player, I think he is an elite player. And not only do they not have enough of those guys in the organization — I'd repeat that their two best players still are guys that were here before Rivera got here, in McLaurin on offense and Allen on defense — but this is the weakest part of your team right now. And this guy wants a trade and just suddenly became available."

"This happened once, where the Bears cut Charles Leno randomly," he added. "You grabbed him. You didn't think he'd be available. You said you didn't really need a left tackle. He played really well and you've already extended him, so let's see if we can go 2-for-2 grabbing former Bears. Why not?" 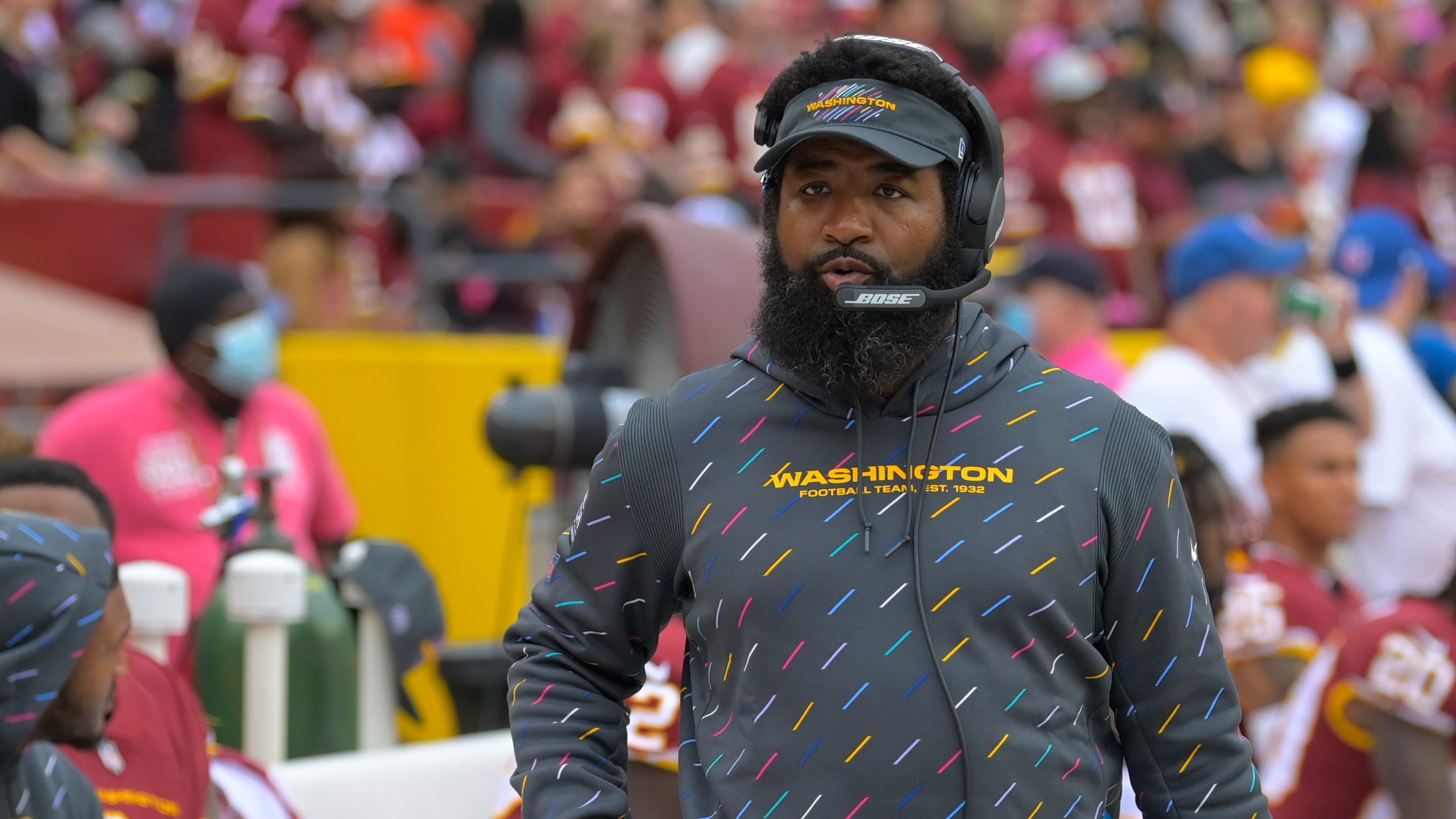 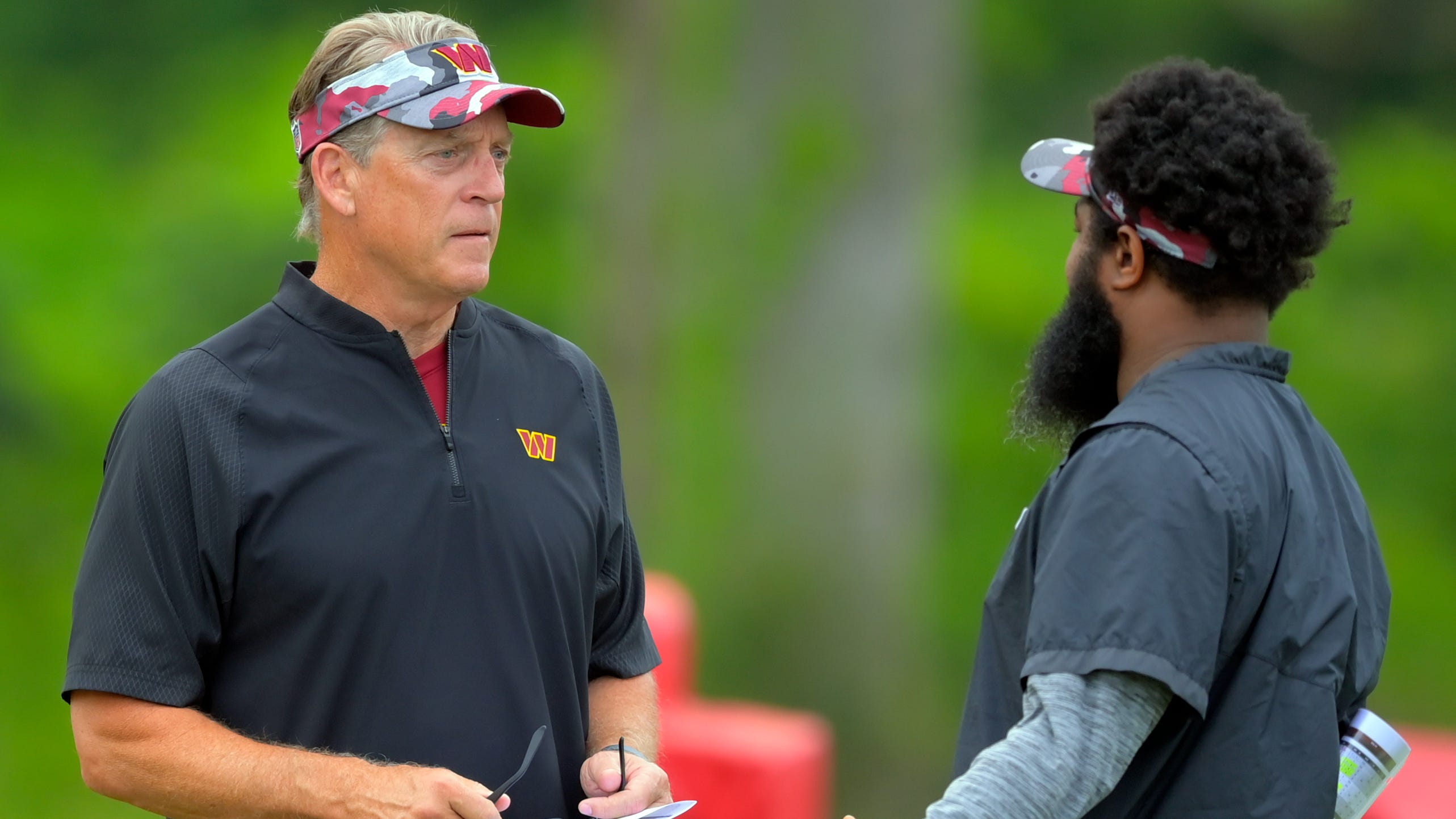 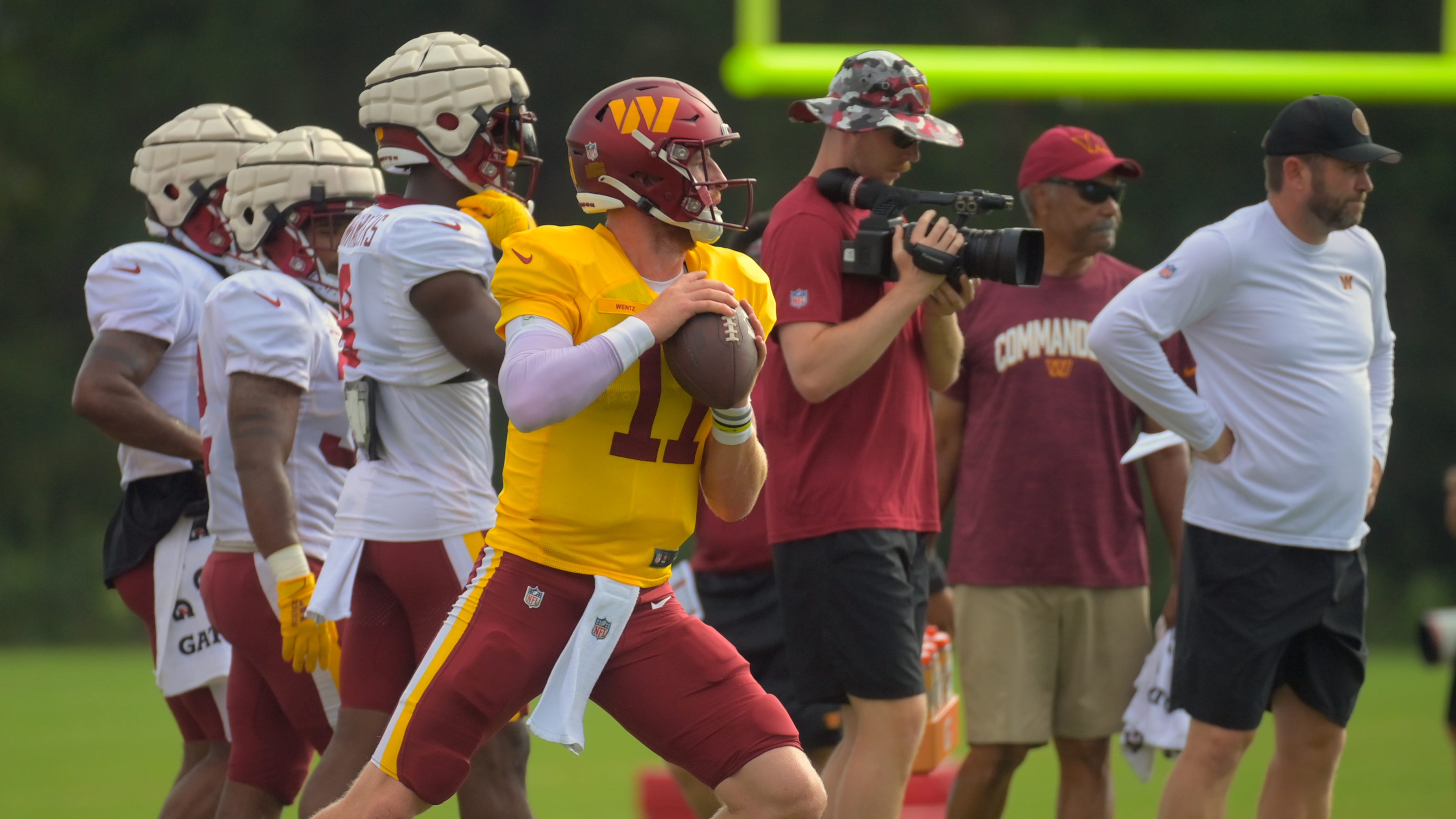 Too early to sound the alarm over Carson Wentz's inaccuracy?