Coming off consecutive wins against Tampa Bay and Carolina, Washington head coach Ron Rivera, with a mind for the present and the future, says he's keeping all options open at every position on his roster, quarterback included.

This season has been a winding road for Heinicke since he was thrust into the starting role midway through Washington's Week 1 game against the Chargers. After helping guide Washington to a 2-2 record to start the season, bookended by a signature comeback victory over Atlanta, Washington then suffered an interminable stretch in which it dropped four straight to fall to 2-6 on the year heading into its bye.

Washington has since bounced back, with Heinicke leading them to victory over the Buccaneers and Panthers, both of which are in playoff contention. Heinicke passed for 462 yards with four touchdowns and no interceptions, while maintaining a 127.0 passer rating between the two games.

"The young man is growing and developing," Rivera said Tuesday during his weekly appearance with The Sports Junkies, presented by F.H. Furr,

"Let's not forget he's only had 11 starts," he said, "and as he continues to grow and develop, hopefully the offense will come along with him, the team will come along with him. We talked about it earlier in the year. What we want from that position is a guy that can manage it and then make plays when he needs to. And this is what this guy does. He's smart. He understands the game. He's just a guy that, again, has only had 11 starts and we'll see how it continues to go."

Rivera was asked if Heinicke, who's now 4-5 as Washington's starter, can still play himself in the starting job in 2022.

"Well, I'll tell you this much right now, we're looking for our franchise quarterback," Rivera said. "Is that guy on our roster right now? Or is that guy out in free agency, or is that guy in the draft? We'll find out. What have we got, eight games left to play?"

As a follow-up, Rivera was asked if there's a chance Washington's franchise quarterback is on the roster right now.

"Guys, I'm not closing any doors on any position," he said. "That's the thing everybody's got to understand. The only way you get better is obviously bringing in better players, and developing them, and growing them. If you can home-grow a guy, that's even better. So we'll see.

"It'd be crazy right now to shut the door on anything else. I mean, we have to keep our eyes and ears open and we've got to keep our options out there. But, again, this is the question I asked when I first got to Carolina, was: was our franchise quarterback on the roster, was he in free agency, or was he in the draft?"

After its 27-21 Week 11 win over Carolina, Washington (4-6) has pushed itself back onto the fringe of the playoff conversation in the NFC. Currently third in the NFC East, Washington trails New Orleans (5-5), San Francisco (5-5), Philadelphia (5-6) and Carolina (5-6) for the third and final Wild Card spot in the NFC. 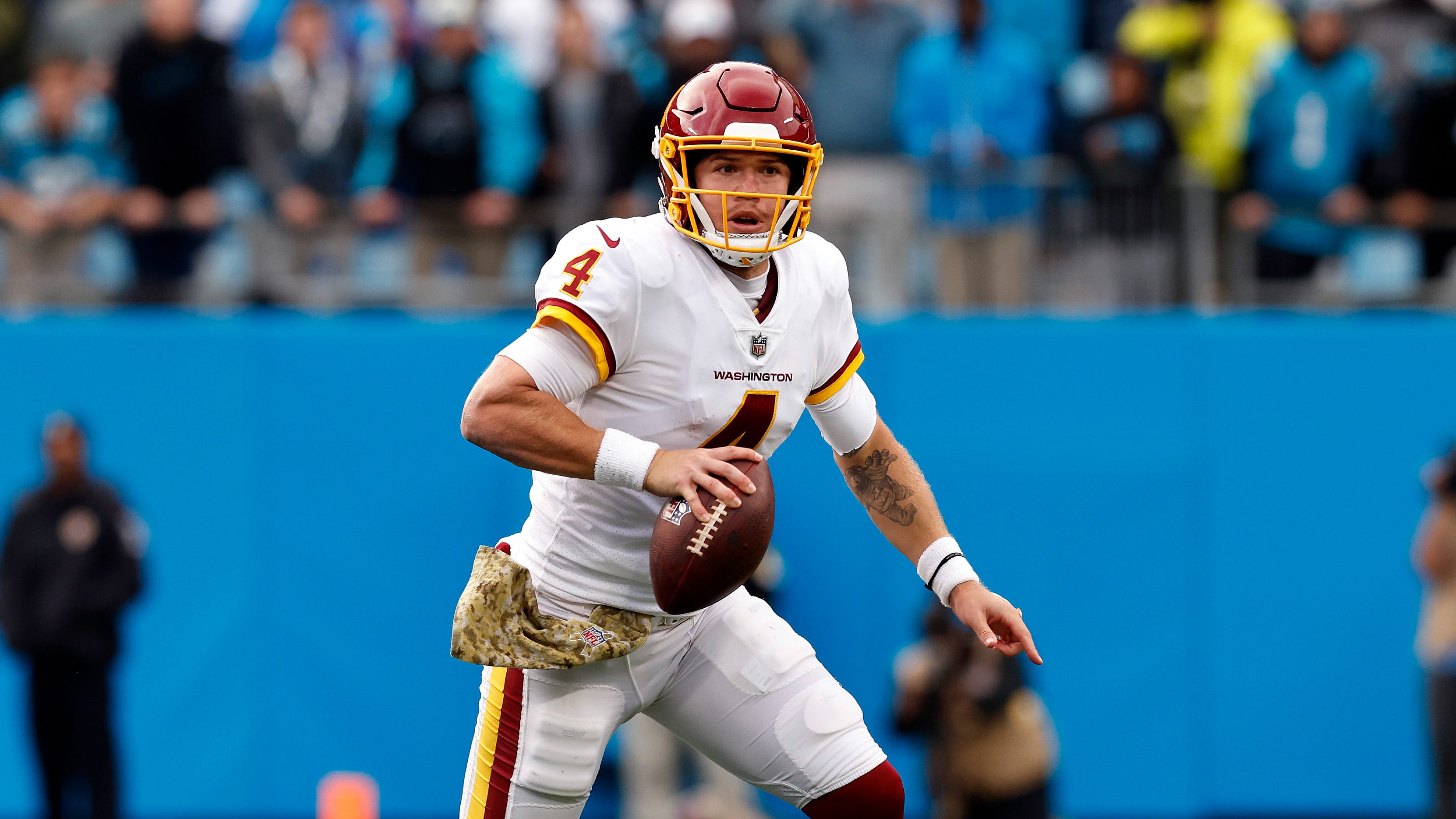