Blake Gillikin might have had the punting game of his life. He might have gotten a game ball. But what he knows he won't get is a high-five on the sidelines from Alvin Kamara.

Why not? That's the expectation, the second-year player says.

"I should get that every single time. So I appreciate that," Gillikin said. "I’ve got a job just like he has got a job. He gets paid a little bit more to do his, but, you know, end of the day we’re both here to help the team win and I thought I did that today.”

But Saints coach Sean Payton was more than willing to credit his kicker after the performance, which included a trio of punts downed inside the 3-yard line, two of which skirted out of bounds just short of the goal-line with no chance for a return. The first helped set up a Hail Mary to Marquez Callaway at the end fo the first half. The next nearly resulted in a safety, and the third set up a PJ Williams interception followed by another Jameis Winston to Callaway TD.

"Outstanding," the Saints coach said repeatedly when asked about his punter's performance, adding that he had just handed Gillikin a game ball.

The punter also handled a punt from his own 1-yard line, which he delivered out to the 47, and a pair of kickoffs in the second-half that both went for touchbacks.

It's not the first time he's had such an impactful performance in a game, he said, calling back to his days at Penn State and referring to the Big Ten as a "punting conference." 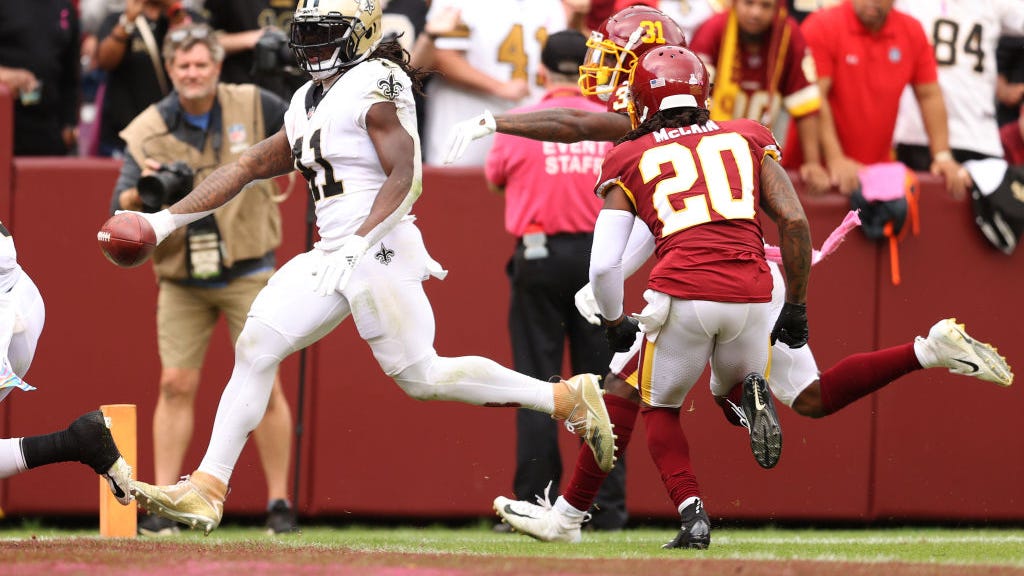 “This one probably takes the cake with just how I felt that I could change the game and affect it," he said, "and the resulting points after that.”

Their new punter's dominance is a positive development at a position that faced reasonable questions for the first time in more than a decade. The team moved on from longtime punter Thomas Morstead in the offseason, a difficult decision that was driven in part by the team's confidence in the young punter who spent much of the 2020 season on the practice squad. Morstead, of course, was quick to share his praise for his successor on Sunday.

And Gillikin kicked it right back to Morstead for what he learned during that 2020 season.