John Wall has yet to play a game for Houston this season and is getting paid quite handsomely to be a spectator. According to NBA reporter David Aldridge, people close to Wall have said he would welcome a return to Washington, the team that drafted him No. 1 overall in the 2010 NBA Draft.

"Wall would welcome a return to the team that took him with the No. 1 pick in the 2010 draft. It’s a topic that he recently discussed with people close to him and around the league," Alderidge said via The Athletic.

“That … is true, one NBA source said Tuesday."

The Wizards are, again, in the point guard market. John Wall is, again, looking for a gig. And, he’ll be entering the last year of his contract next season. So…would ya? In @TheAthletic: https://t.co/h6btzt4La3

Wall was drafted by the Wizards out of Kentucky, revitalizing a franchise that was at that time considered a bottom dweller. Wall, along with a first-round draft pick, was traded to Houston for Russell Westbrook during the 2020-21 season.

Although the move back to the franchise would make sense for Wall, it wouldn't make much sense for the Wizards. With the five-time All-Star being due $47 million next season, making a trade for Wall would be "extremely difficult" for the team to pull off.

Not to mention that the Wizards wouldn't even have the money to get Wall. The franchise used most of their cap space to get Kristaps Porzingis, some of the larger salary players like Kyle Kuzma have become valuable assets to the team, and with the feeling around the organization leaning towards Bradley Beal will re-sign next season, a reunion between Wall and the Wizards seem to be just a rumor, nothing more, nothing less. 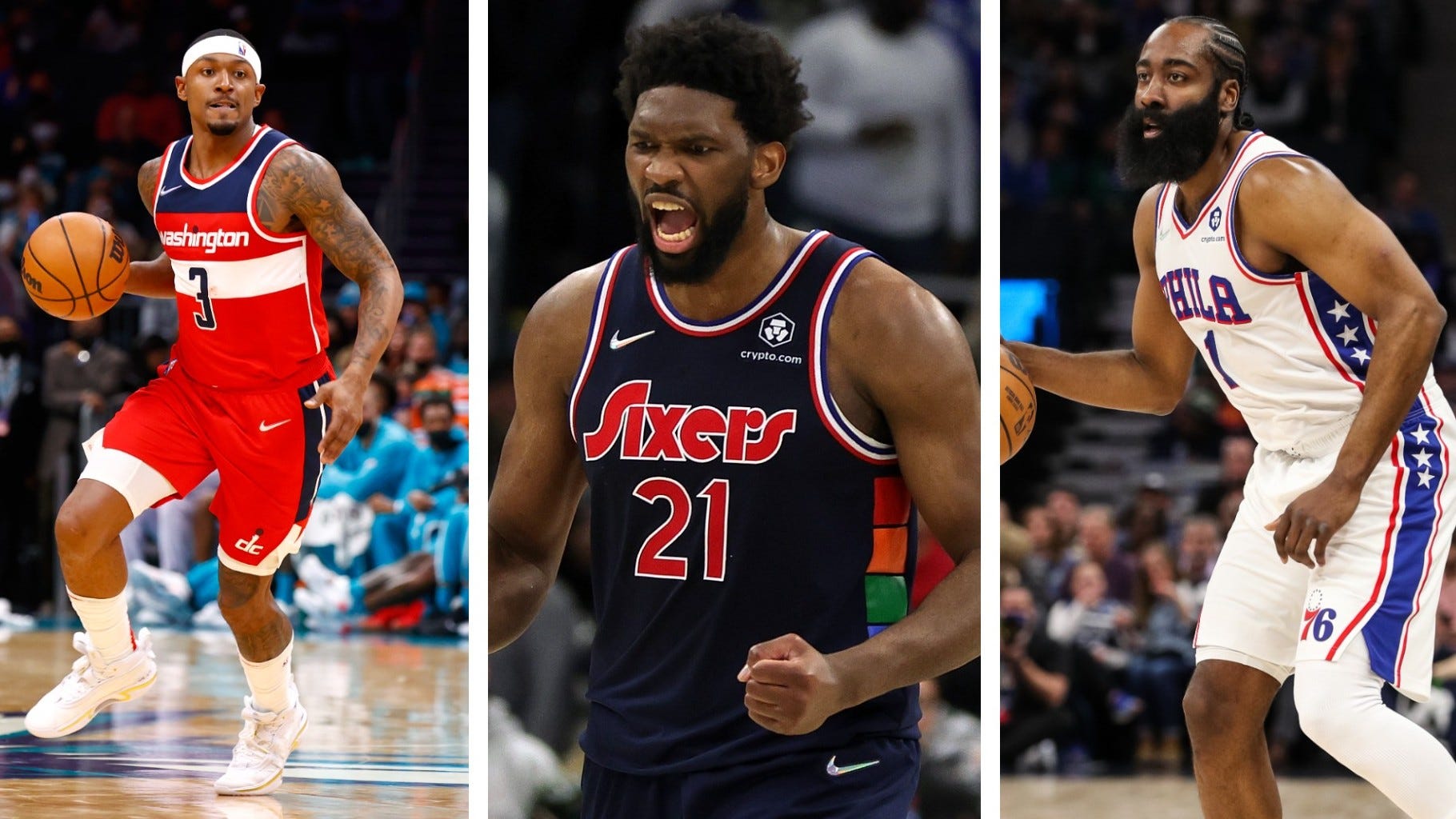 Although the Wizards are in need of a point guard right now, having shipped off Spencer Dinwiddie and Aaron Holiday at the trade deadline, one of the main reasons Wall was shipped out of town in the first place was the fact that the franchise thought they could do better at the position. If the front office had still believed in Wall, they would've just kept him on the roster.

While a potential reunion seems unlikely, the Wizards' main focus is on trying to re-signing Beal and finish the season strong with a birth in the postseason. The Wizards sit right outside the play-in game at 29-34, which has them as the 11th seed in the Eastern Conference.

Wall has only played in only 40 games during his short time in Houston, averaging over 20 PPG and 7 APG during the games he played.