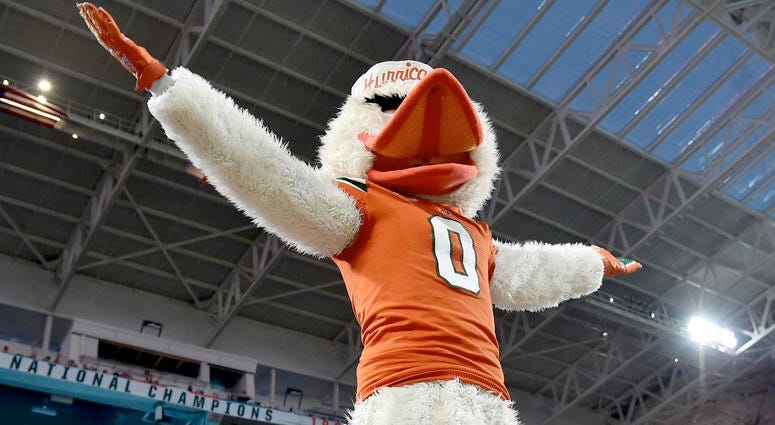 One of the biggest days on the college football calendar has come and gone, and as the dust settles, every fan in the country wants to know if their team got better. It is no different with the Miami Hurricanes, but especially when you have a new coach and subsequent changes on your coaching staff. Usually, this situation can cause difficulty in signing a great recruiting class due to the sudden change. It was just six weeks ago that, then head coach, Mark Richt suddenly retired, and, for a moment, left the program in a state of uncertainty. Athletic Director Blake James moved swiftly and named Manny Diaz head man after wrangling him away from Temple, a job Diaz took just two weeks prior.  Like most schools, the early signing period, which was back in December before the coaching change, is when Miami signed the bulk of their prospects. It was a small class, signing only ten commitments at the time out of high school. The headliner was four-star wide receiver Jeremiah Payton from Neptune Beach, Florida. Nationally, it was looked at as a good class, but not a great one. Overall fans were disappointed in the net results. The early signing class was ranked nationally from anywhere between 35-40.

They did not finish close to the previous year in which most had them hauling in a top ten class. The bright side was that they did get a talented running back in Asa Martin, who transferred from Auburn, as well as a graduate transfer from Butler, Tommy Kennedy, who can help on the offensive line next year. Bottom line, the Canes needed more in the next couple of months. After a bad finish in the bowl game and Richt's departure, Diaz had work to do to make that happen. The new coach hit the ground running, visiting local high schools, securing and building relationships as part of "The New Miami AKA #TNM", as he branded it. Diaz also dominated the Transfer Portal, a new way for players to communicate to others that they want to play elsewhere. The new rule allowed him to fill immediate holes on his football team. He snared wide receiver K.J. Osborn from Buffalo, safety Bubba Bolden via USC, defensive tackles Trevon Hill, by way of Virginia Tech and Chigozie Nnoruka from UCLA.

They are all eligible to play right away. Diaz also lured highly rated quarterback Tate Martell, who transferred from Ohio State. Martell might play next year if the NCAA allows. This will be a short term fix to infuse the roster with some experienced talent at already thin positions. It will keep Miami in the mix next year while Diaz works on the future classes. As for the high school talent, Miami finished strong getting four-star defensive back Christian Williams who was originally committed to Alabama. They also got three talented players from Chaminade-Madonna in Broward this week to fill out this class. One other player who signed, among much fanfare, was punter Louis Hedley from Australia by way of City College of San Francisco.

The former rugby player stands 6-4 and can give Adam Levine a run for his money as far as tattoos go. It will be fun to watch him out there come fall. With 17 total commitments, not including the transfers, most had the Canes finishing with a top thirty class. I would say “not bad,” considering the circumstances. The main thing is that they filled many needs on this roster at positions of need. And, with a new staff in place, and Diaz at the helm, it is all about the 2020 class and beyond. Recruiting never stops. Spring ball is almost here and we shall see for ourselves just what "The New Miami" looks like. Go Canes!