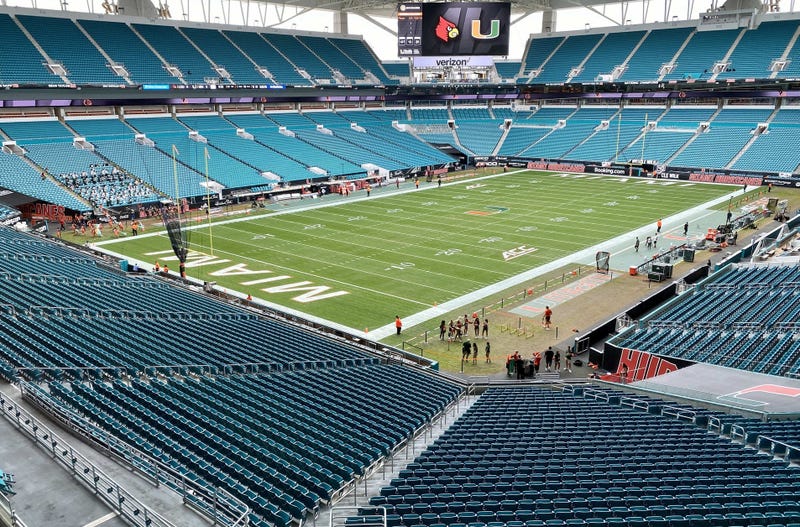 Football fans are beginning to imagine a reality of a fall without the NFL and NCAA as Covid-19 continues to impact the nation.

Both the NFL and the NCAA have had to adjust their plans as we approach the start dates for their respective seasons. The NFL has shortened its preseason length from four games to possibly just a single game and a number of conferences in college football have canceled their seasons altogether.

Today, Dolphins reporter Safid Deen of the Sun Sentinel joined Hoch and Crowder and explained why he doesn’t see a full 16-week NFL season being completed.

“Honestly, I think we’d be lucky to get past week 4,” said Deen citing the “basic logistics” of the NFL when taking into account the amount of players and personnel who would needed to complete a season.

While the NFL struggles to satisfy the NFLPA’s demands for clearer health and safety protocols, the NCAA has its own issues regarding a start of a college football season as the uncertainty around campuses opening around the country persists.

NCAA analyst and Heisman Trophy finalist at Notre Dame, Brady Quinn, told Hoch and Crowder today he would be fine with college football players playing a season this fall even if there weren’t students on campus.

“I also don’t know where they’ll receive the best medical care, nutrition, sports psychology or mental health and have the support system that they’ll have at their university as opposed to an 18-22 year old being stuck at home.”

Listen to the full interview with Brady Quinn here:

For the entire Hoch and Crowder show podcast, click here!