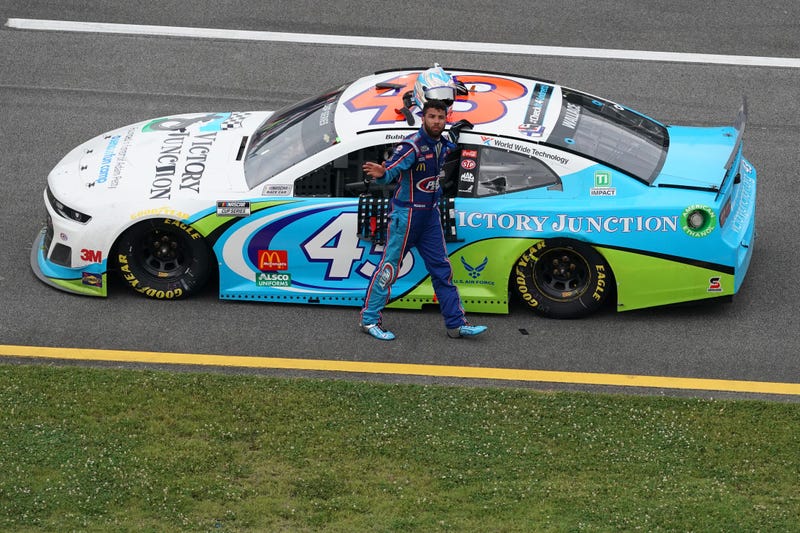 Zas is getting used to eating breakfast in the morning. NASCAR had a pretty cool moment yesterday involving Bubba Wallace. Our show poll from yesterday has people torn, it's almost a 50/50 split. Dwyane Wade says he would choose his 2013 Miami Heat championship team over the 2006 team.

Twitter is trying to cancel Jimmy Kimmel again. Is it possible that MLB might have a deal in a place? We revisit Dwyane Wade saying which Championship Heat team is the best. Zas agrees with Wade that he would choose the '13 Heat over the '06 Heat.

What are the odds Vegas is giving the Heat to win the NBA title this year? Novak Djokovic as the Rona. Dave Portnoy is looking to buy the New York Mets as an investor along with Florida Panthers Vinnie Viola. How is it that Tua got this crush on Shania Twain? We play some Big Deal/Not a Big Deal.

We continue the conversation of Pittsburgh Steelers radio announcers Bill Hillgrove crashing into a supermarket. Bill Simmons has himself in some hot water about the lack of diversity at The Ringer. Amber lets us know what's on the Tube tonight.