The 6-foot-3 Payton rose up and threw down a one-handed hammer on the 7-foot Bitadze, who clearly didn’t like the accompanying stare down. Payton then scratched his headtop, a low-key celebration he’s been doing all season long, before Bitadze loomed over him and head butted him.

GARY, THAT MAN HAS A FAMILY pic.twitter.com/a4NDTzUjvF

Though Payton kept his cool, both players were called for technicals and Bitadze was ejected from the game.

Payton plays like a short big man. He brings a vertical threat to the Warriors game that they don’t have otherwise, and no one is safe in his sights when he elevates. Payton also energized the crowd with some steals earlier in the quarter to fire up the sellout crowd, the 400th straight for the Warriors dating back to Oracle Arena.

Seeing Bitadze head to the locker room early must have been a nice cherry on top for Payton after this huge slam. 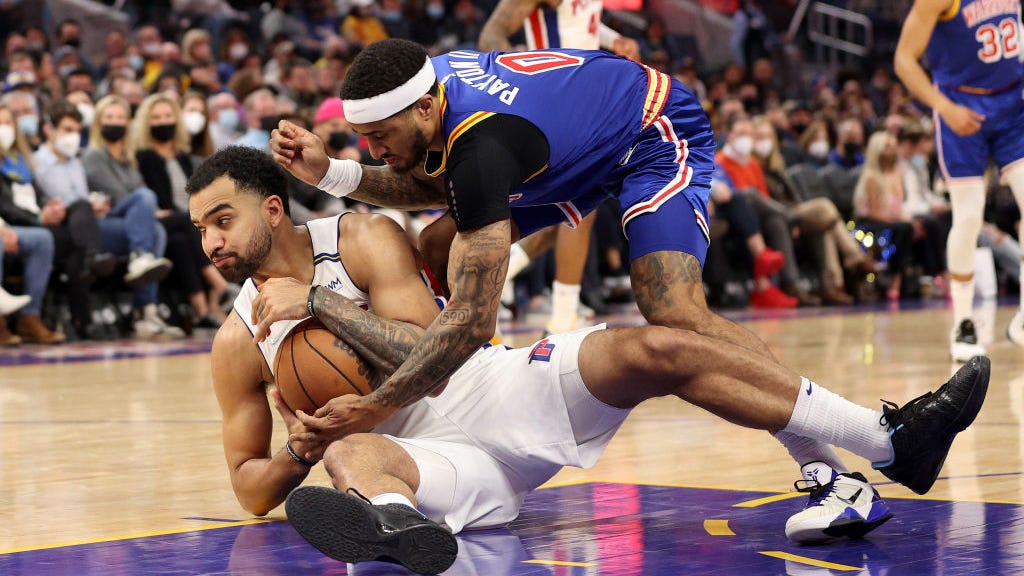