Even as MLB wanes in popularity, prompting wholesale changes like the move to a pitch clock next season (not to mention bigger bases and banning the shift), Joey Votto continues to embrace his role as an ambassador for the sport. The veteran first baseman has kept busy since undergoing season-ending surgery to repair a torn rotator cuff, recently joining Bally Sports for a stint in the Reds broadcast booth, where Votto gave an inspired soliloquy about baseball’s inherent beauty, waxing poetic about the nostalgic charm of what was once “America’s past time.”

With the Red Sox in town Wednesday night, Votto could easily have watched from the dugout or a luxury suite, but, as a man of the people, the 39-year-old Canadian opted for a more intimate setting, sitting among the fans in the 400 level of Great American Ballpark.

This is so awesome.

Joey Votto (out for the season) is walking around the stands at the @Reds game. He’s hanging with fans, taking selfies, signing autographs, and sitting with kids to watch with them. pic.twitter.com/vhSjg40wyB

Playing out the meaningless final weeks of a lost season (par for the course for a team that’s missed the playoffs eight of the last nine years), Votto is still finding ways to enjoy himself, displaying a wholesomeness rarely seen among star athletes. As he enters the twilight of what has been a brilliant career, Votto knows every moment is precious, making sure to capture as many experiences as he can before Father Time inevitably taps him on the shoulder, calling for his bat and glove.

While his resume may have some holes in it—for instance, he’s never come close to winning a World Series—the 16-year veteran has a reasonable chance of making the Hall of Fame, boasting 342 home runs (second-most in franchise history) and over 2,000 hits to go with six All-Star appearances, an MVP award and a Gold Glove at first base. Votto is also widely recognized as one of the game’s great characters, never taking himself too seriously while staying loyal to the team and city that have come to define his MLB legacy.

The Reds, even without Votto, were able to salvage a series split, holding court with a 5-1 victory over Boston in Wednesday night’s finale, benefiting from two hits by reigning NL Rookie of the Year Jonathan India. 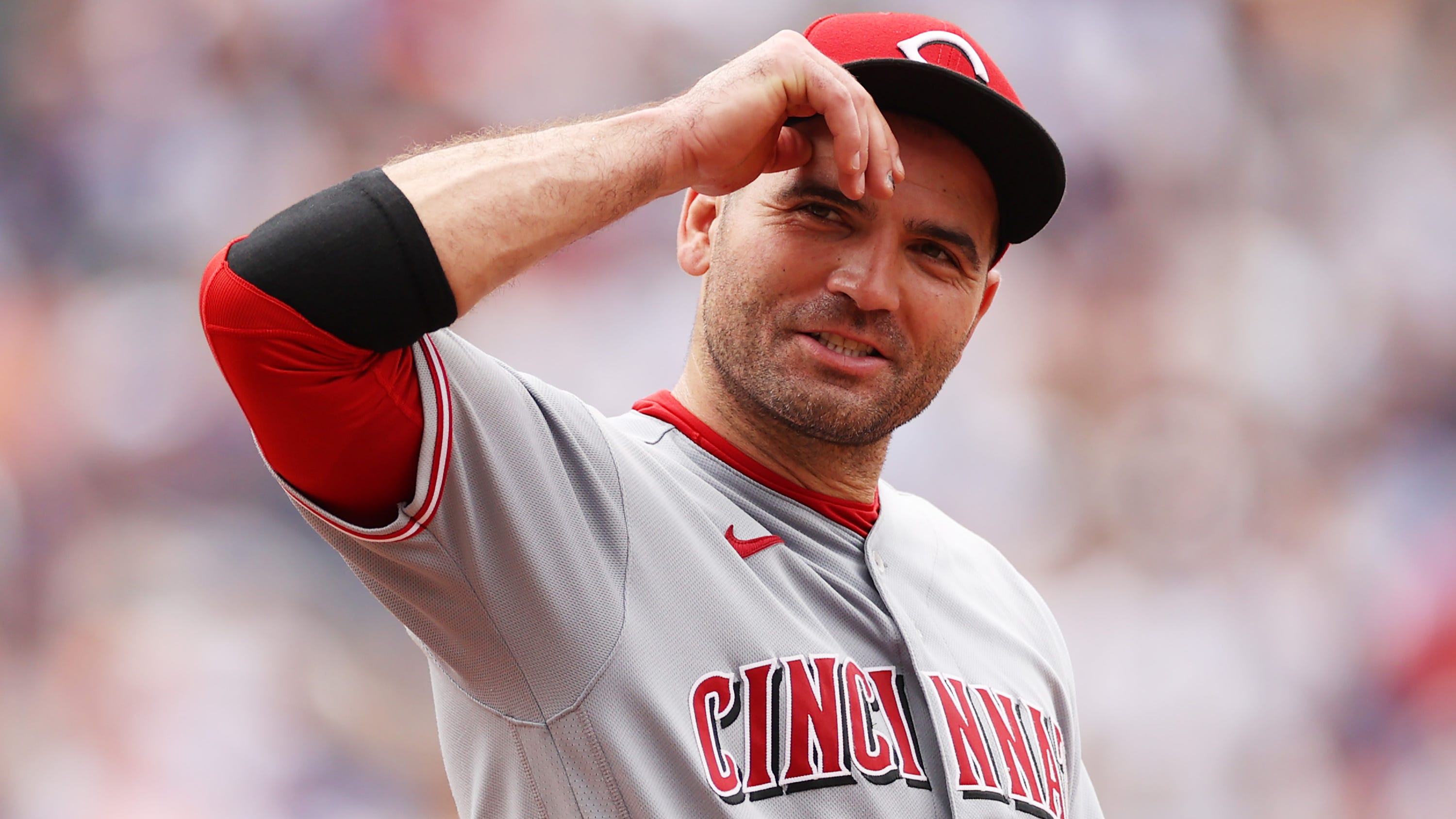