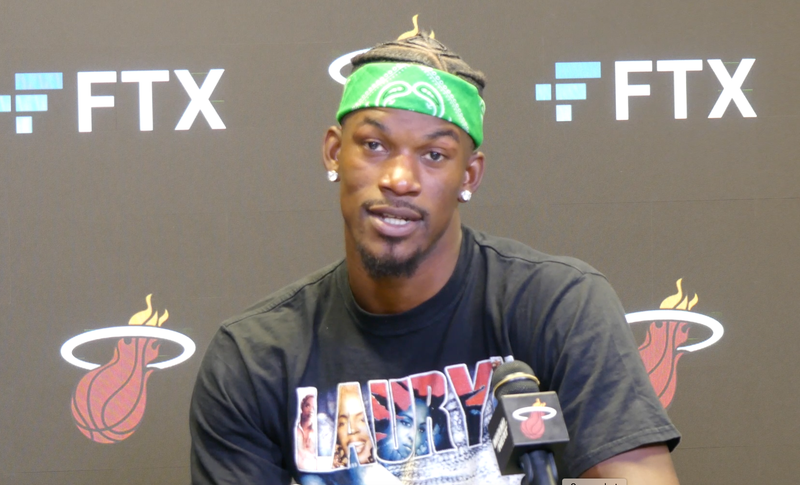 Boots On The Ground! The Boots were in the Heat's house for their home opener. People like to dismiss making regular season match ups 'revenge games' or 'statement games' but this was both. The new look Heat announced to everyone picking Brooklyn and Milwaukee to win the East to take another look with their 42-point beat down of the champs. The revenge was clear from Milwaukee cast-off PJ Tucker who admitted this week to the Sun-Sentinel and Miami Herald that he's had this game circled "he's the biggest reason why we won," said Bam Adebayo.

Bam Adebayo: PJ Tucker was the biggest reason why we won. You can see he’s part of The Kennel pic.twitter.com/3sSGUanp6g

Bam was no slouch either. The Heat center finished with 20 points and 13 rebounds in 23 minutes "Bam has always been aggressive. In my eyes, he's a world class player," said Tyler Herro, who lead the Heat in scoring with 27 points. Boy Wonder was urinating on the Bucks corpse in the 4th quarter.

Erik Spoelstra on Tyler Herro: Sometimes the narrative can spin out of control from last year...I think going through that kind of struggle was important. Now you can play him with the ball, without the ball. His confidence continues to grow. pic.twitter.com/TkTLYx2Fuh

Miami's brand new point guard Kyle Lowry only hit one shot in his Heat debut but already has teammates Adebayo and Herro raving about his presence. It's not presence that Lowry has to worry about, it's presents. His goddaughter, Jimmy Butler's daughter has her first birthday on Friday and Butler wants Lowry, his close friend to pony-up with the gift "I hope that motherbleeper knows my daughter's birthday is tomorrow and I want a really expensive gift. $100,000."

Jimmy Butler has a message for Kyle Lowry: I hope that motherbleeper knows my daughter's birthday is tomorrow and I want a really expensive gift. $100,000. #HeatCulture 😂 pic.twitter.com/WiWdrPBAlI