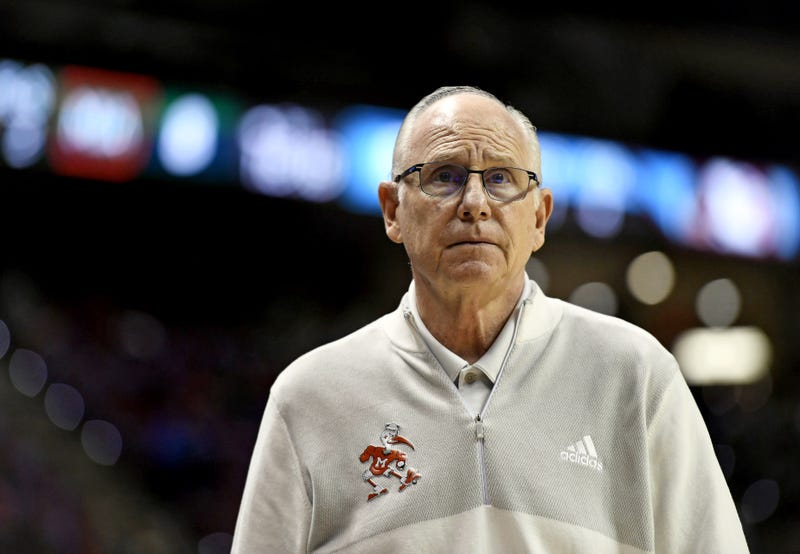 A controversial finish in Tallahassee last night wasn’t enough to make Canes Head Coach Jim Larrañaga call out the officials despite his team arguably being robbed a road victory.

But before the Canes lost their first ACC game of the season, there was another frustrating decision that seemed to slight Miami. Following a road victory over #2 Duke last Saturday, UM did not show up on the AP Top 25 rankings Monday. Coach L told Hochman and Crowder Wednesday he doesn’t pay attention to rankings.

“I know you guys don’t believe this, I don’t pay one bit of attention to that,” Larrañaga said. “You know when that’s important? In March when they’re starting to select the NCAA tournament.”

Coach L calls the race for the regular season conference title a “marathon, not a sprint” and praised his team for playing well over the past month despite facing tough competition. Listen to more from Coach Jim Larrañaga here: