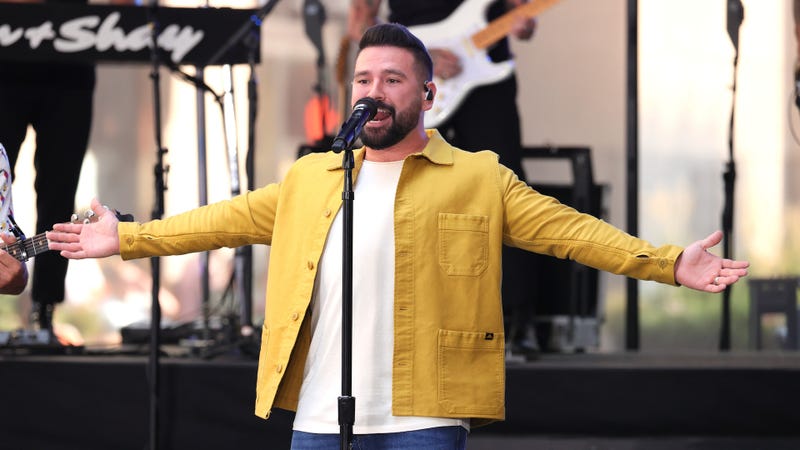 Dan + Shay are two names everyone in Country music knows. With multiple GRAMMY awards, several #1’s, and a spot on the hottest tour of the summer with Kenny Chesney, it’s no secret the duo’s Shay Mooney and Dan Smyers have made it to the big time. However, according to Mooney’s 5 and 2-year-old sons, they’re NBD.

LISTEN NOW: Shay shares his kids have no idea what he does for a living during Rob + Holly’s Friday Night Takeover

“My oldest is 5 [Asher] and my youngest is 2 [Ames] and Asher, he doesn’t really get it,” Mooney said of his son’s grasp on what he does for a living. “He’s come out to a couple of shows and he’s watched, I just don’t think it’s really registered. [He thinks] ‘Yeah, everybody’s dad does this every once in a while.'”

According to Asher, Mooney is just “Dad” and Shay hopes to keep it that way for as long as possible.

“We did this like 2 day a week program and they asked him ‘what does you Daddy do? What does your Mommy do?’ And I can’t remember what Asher put, but it was definitely not singer. It was like, ‘I don’t know. He takes us around, he takes us to the pool, he takes us to these places’ and I was like, ‘You know what — if I’m known as the guy who takes them to do fun things, I will take that ten times out of ten. I’d like them to not know, ever, what I do. It’s pretty awesome to just be Dad to them.”

While they may not realize the status of their Dad, the boys have clearly been passed a passion for music as Shay says they both enjoy singing. While cool to see, a career in music isn’t something the soon-to-be father of three would necessarily encourage his sons to pursue.

“Both of them sing and it’s just the funniest thing,” Shay shared. “They have these little mics they come around with, has a speaker inside of it — little karaoke — but, he’s pretty good. I hope that he doesn’t pursue music, maybe, I’m like, ‘You don’t want to do this, man. Become a doctor. It’s a lot better!’”

Hear more about Shay’s kids, the duo’s time on the road with Kenny Chesney and their new single, "You" during their discussion with Rob from Rob + Holly above.