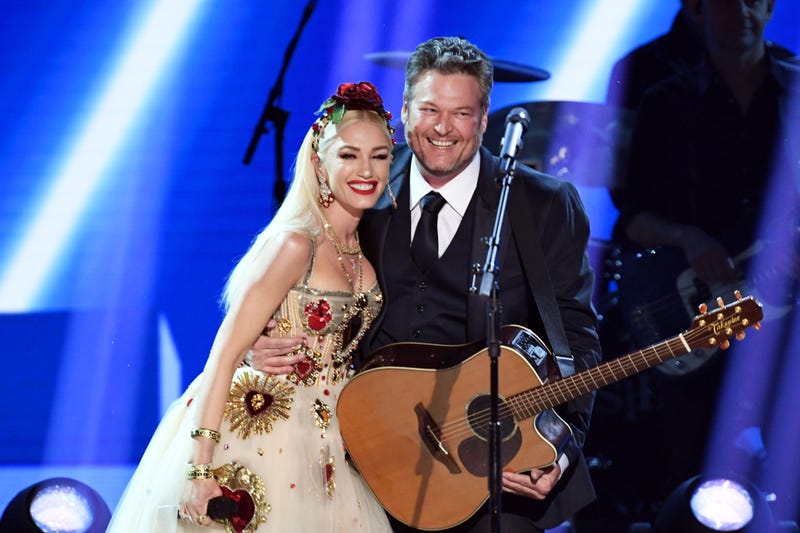 While in conversation with Apple Music’s, Zane Lowe, the Country star opened up about his life in LA, fame, and more. Since becoming a coach on The Voice, Shelton moved to Los Angeles and has continued to be in the public eye.

He explained that the competition show “did take over my life,” but it’s something he has become accustomed to now.

Blake said, “I always just feel like, hey, look, if I go somewhere, then it must mean that I'm ready to high-five some people when I get out there ... It took away the public side of my life and pushed me into it.”

He added, “But you know what, I'm weird anyway. I live out in the middle of nowhere in Oklahoma. And I mean, I am in L.A. half the time, but I'm pretty much a slug here."

The “God’s Country” singer continued by joking, “I live off of Gwen here and I just hide in the house so I got it pretty good."

Shelton and Stefani got engaged in October 2020, and throughout their relationship, they have recorded a handful of songs together.
Shelton says he’ll never tire of working with his soon-to-be wife.

Blake says he’s “still not really over that hump” of collaborating with the former No Doubt frontwoman. He shared, “It’s like that voice, you talk to her and she sounds like Gwen, but when she sings, all of a sudden it's the girl, it's 'Don't Speak,’ it’s that icon.”

Shelton also gushed, “I still have those moments when we get into work mode, I know that it should be super like emotional and personal and this, because we haven't done that many, we've done four songs together, and I'm still more in blown away fan shocked mode when I actually work with her.”

The artist says he continues to get excited when he brings Gwen out as a surprise for fans at his concerts.

He shared, “And there's been times where she comes out on stage, we'll have a plan if she's at one of my concerts and we always try to keep it on the down-low, and then we'll start 'Nobody But You' or 'Go Ahead And Break My Heart,' and then I'll be singing it.”

“And here I am dying from the time I stand on stage, walk out on stage until that moment hits, because I know on that setlist people are going to s*** in their seats when Gwen Stefani walks out here. It's like I'm a kid on Christmas morning."

Blake concludes by noting, “And so that's what it's like for me working with her. It's just exciting, it really is."