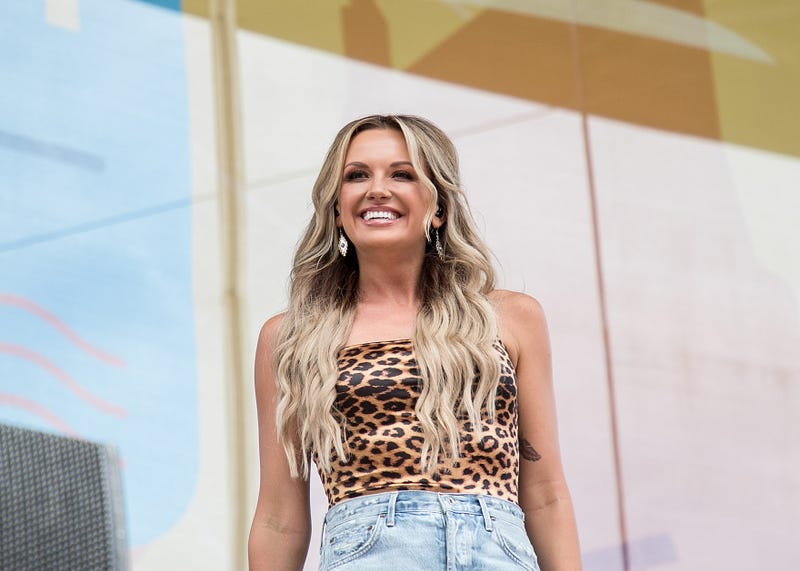 Throughout a 2020 filled with trials, tribulations, and moments to celebrate some wins, Carly Pearce has opened up about how she navigated the year filled with ups and downs.

Alongside snagging her first CMA award for her song “I Hope You’re Happy Now,” the Country star was also figuring out how to process her difficult divorce from fellow Country artist, Michael Ray.

The two split up after eight months of being married, and for Pearce picking up the pieces of her relationship was difficult, but the singer tells Prevention that the struggles taught her, “It’s OK not to be OK.”

Coming to terms with her process, Pearce shares that she learned to channel her emotions into her wellbeing and her music. On her latest EP, 29, Carly applies the lessons she’s learned from confronting her own mental health to her songs. She explains, “I’ve learned that my message is so much greater than I ever thought it was going to be. I think I’m a lot braver than I realized.”

In order to put her overall wellbeing first, the songstress tells us she prioritizes exercise and does not believe in shying away from carbs. “I grew into an understanding of what it means to properly fuel my body, not just to be skinny,” notes Pearce.

However, therapy has been most crucial for Carly. At the same time that she was beginning to process her divorce, Carly also lost her producer and friend, Michael Busbee to brain cancer.

With everything coming to a breaking point emotionally, Pearce says that she was ready to seek the help of a therapist. “Because of what I do for a living, I always have this mentality that the show must go on,” says Carly. She adds, “I was really good at suppressing my feelings.”

However, after turning to therapy the artist shares, “I became more open in my daily life with talking about how I’m feeling and owning whatever emotion is coming up. I think in the way you take care of your body, you have to take care of your mind—it’s a muscle as well.”

Pearce’s ability to open up and weave her emotions into her art can be heard on her newest EP 29 which debuted on February 19th. Carly explains, “This album means so much to me on so many levels. I feel like I’m really getting back to my roots of the kind of music that I wanted to make. Although 29 is really personal to what I went through over the last 18 months, I hope people can feel like they’re not alone in their struggle.”